New spy images of the Toyota Innova HyCross have come up on the internet and this time around from India as its brand new design details have been revealed. Despite wearing heavy camouflage, the test mule wears a set of newly designed wheels while the sharper LED tail lamps look different to the ones found in the regular Innova Crysta.

You could also see a roof-integrated spoiler with high mounted stop lamp, shark fin antenna, adjustable headrests, a larger floating touchscreen infotainment system and an updated rear bumper while the tailgate does not look as upright as in the Innova Crysta. The upcoming Innova HyCross will be retailed alongside the existing Innova Crysta upon launch.

It is expected to make its global debut sometime in early 2023 and perhaps at the 2023 Auto Expo? The world premiere of the new generation Toyota Innova will likely be hosted in Indonesia next month according to reports. It could be called the Innova Zenix there and since the Innova HyCross name has been trademarked in India, it could be used here. 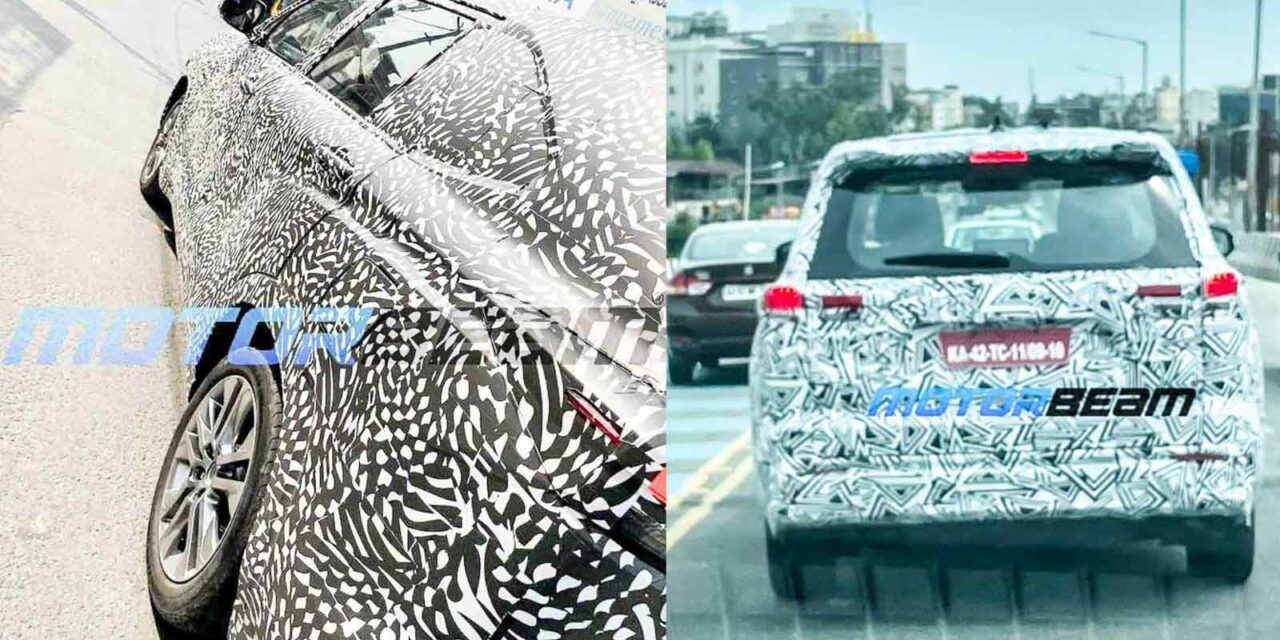 It does go with the Hyryder moniker adopted by the recently launched midsize SUV. The Innova HyCross will be more premium than the Innova Crysta, which is no longer sold with a diesel engine. It will more likely sit on a new monocoque chassis as the modular TNGA-C will help in enabling slightly larger dimensions and improved cabin space.

Moreover, the robust architecture will aid in greater handling characteristics and it will make the premium MPV lighter compared to the iMV ladder frame based Innova Crysta. Another significant update is the switch from the rear-wheel drive layout to the traditional front-wheel drive configuration. The exterior will take plenty of inspiration from the latest crop of Toyota vehicles but expect only an evolutionary revision.

Under the hood, the Toyota Innova HyCross will feature a strong hybrid petrol engine that will be more fuel efficient. The interior will get its share of updates as ADAS-based technologies, a large sunroof, wireless charging facility, connected features, etc are highly likely.