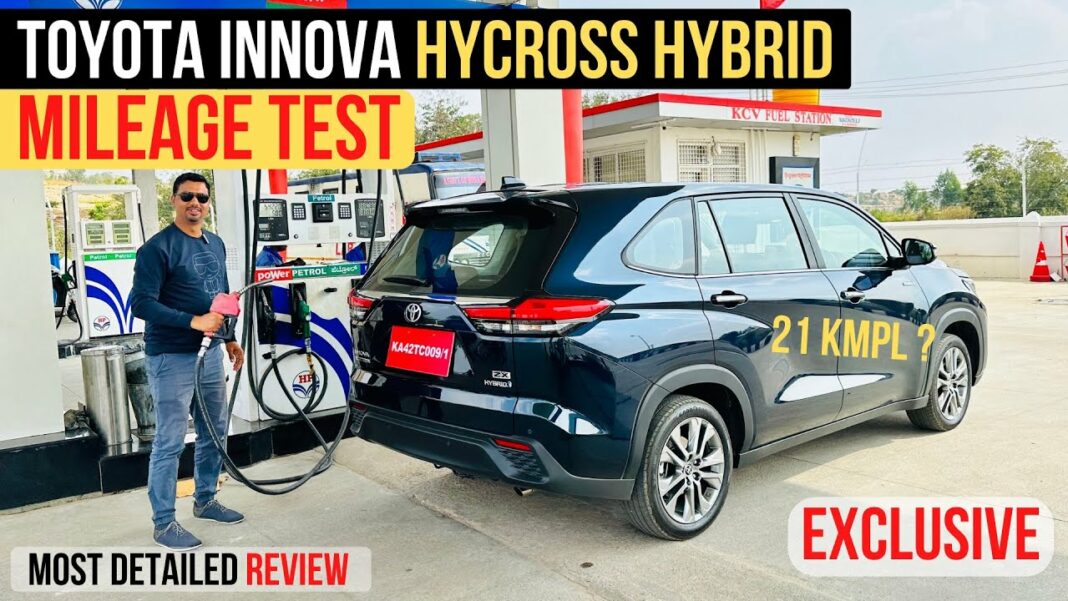 Toyota Innova Hycross will be available in five variants namely G, GX, VX, ZX and ZX (O) and has a claimed mileage of 21.1 kmpl

Toyota Kirloskar Motor (TKM) will announce the prices of the Innova Hycross in the coming weeks and its deliveries are expected to commence by the middle of January 2023. The premium MPV will be sold in five variants namely G, GX, VX, ZX and ZX (O) and it will be available as either a seven- or an eight-seater.

The G and GX will only be equipped with the regular NA petrol engine paired with a CVT transmission while the VX, ZX and ZX (O) will only be offered with the strong hybrid petrol mill, coupled with an e-CVT. In the video linked below, we have given you the exclusive mileage test review of the Toyota Innova Hycross along with its initial drive impressions.

We drove the MPV for more than 100 km on this particular trip to determine the mileage of the strong hybrid powertrain and the result might surprise you. The Innova Hycross has a claimed fuel economy of 21.1 kmpl and is said to accelerate from zero to 100 kmph in 9.5 seconds. It features a 2.0-litre petrol engine in two guises.

One is a naturally-aspirated unit developing around 176 hp while the same powertrain working on Atkinson Cycle with a 1.6 kWh battery pack and an electric motor generates 186 hp. It has a dedicated EV mode and there are three regular drive modes on offer: Eco, Normal and Power. The new generation Innova will be retailed alongside the Innova Crysta, which will gain an update soon.

The MPV boasts SUV-inspired design elements and the interior is a complete departure compared to the Crysta. Some of the highlighting features are a floating touchscreen infotainment system with Apple CarPlay and Android Auto connectivity, a dual-pane panoramic sunroof, a 360-degree camera system, a large TFT MID, a new steering wheel with mounted controls, plenty of storage spaces, Ottoman function for second-row chairs, six airbags and disc brake on all four wheels.