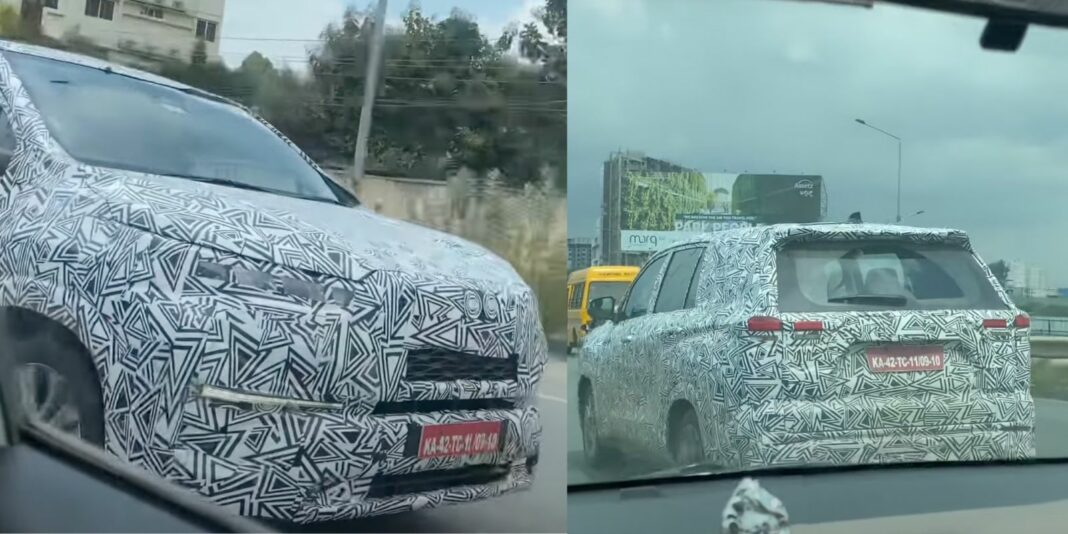 Toyota Innova HyCross will more likely go on sale in India in early 2023; global debut next month in Indonesia

Toyota has been spotted testing the upcoming new generation Innova on public roads and this time showing the front fascia and a peek at the interior. The prototype was cruising on a highway and apparently tried to evade the one who was shooting the video. This has been the clearest video of the upcoming Innova yet but the test mule was wearing heavy camouflage hiding all the design details.

The front fascia appears to have a pair of slim headlamps and the bonnet dips forward for a better road view from the inside. You could also see the new bumper section at the front and rear along with black inserts on the front grille, which looks different compared to the one in the Innova Crysta. The fog lamp housings are well concealed within the camo. 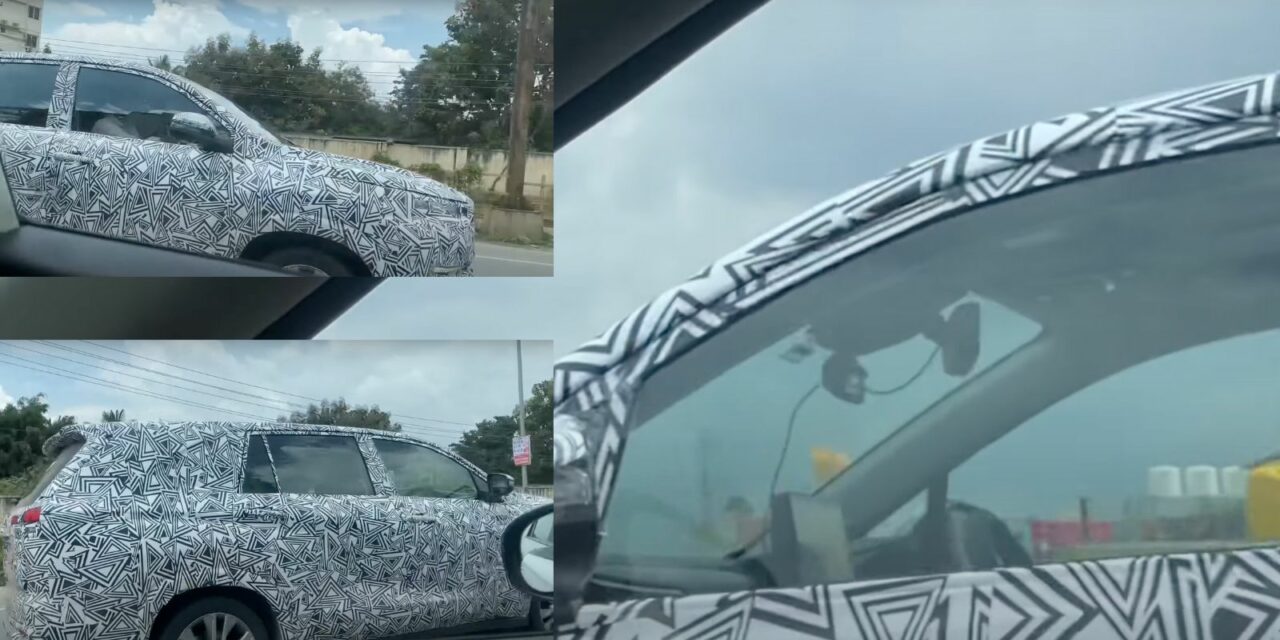 The Innova Hycross will likely debut as the Innova Zenix in Indonesia at the beginning of next month and we can expect it to reach India in early 2023. It is widely reported to sit on a new modular TNGA-C platform and thus will adopt a traditional front-wheel drive configuration, contrary to the rear-wheel drive layout seen on the Innova Crysta.

The monocoque chassis will enable slightly larger proportions and the premium MPV is expected to be more spacious as well. The driving dynamics will also likely be improved and it could be lighter. Another major update is the arrival of a new strong hybrid petrol engine, which should ensure higher fuel efficiency.

Judging from the test mule, the interior appears to have a larger floating touchscreen infotainment system. The dashboard and centre console may also be subjected to big revisions and the equipment list will be more upmarket with the presence of a panoramic sunroof, wireless charging facility, Toyota Safety Sense suite, a 360-degree camera system, updated instrument console, captain seats with ottoman function, and so on.