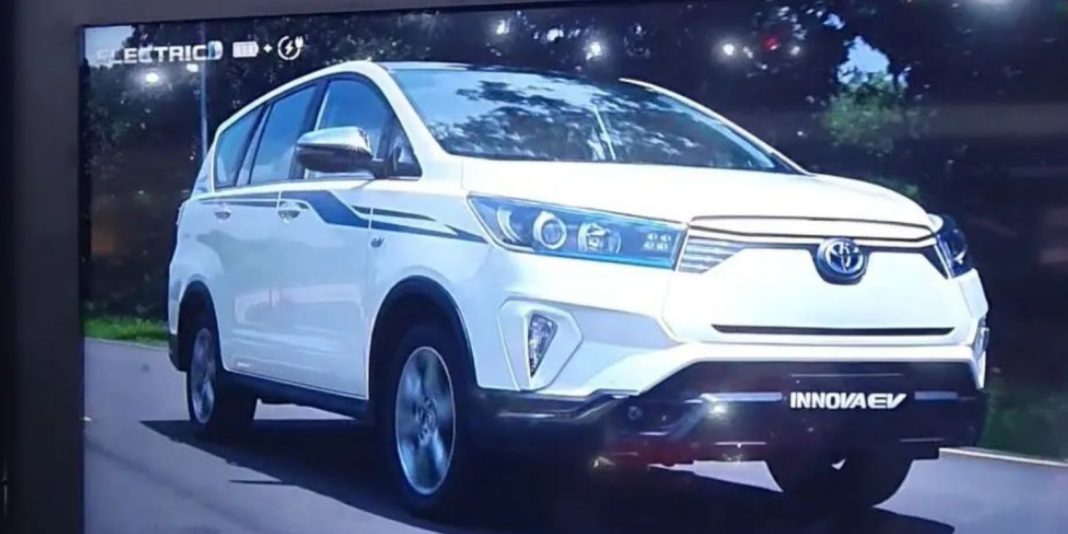 To the surprise of many, the BEV concept of the highly popular second-generation Innova has been leaked ahead of its debut at the ongoing Indonesia International Auto Show in Jakarta. What is more interesting is that the concept is already in its near-production state suggesting that the Japanese manufacturer could consider launching the electric MPV in the near future.

The Toyota Innova EV Concept has an unmistakable MPV design with a slightly sloping roofline complementing the large greenhouse while a raked windshield can be seen at the front as in the ICE model. Up front, it comprises a shut-off front grille with a hexagonal frame sitting in the middle of sharp-looking LED headlamps with integrated LED Daytime Running Lights.

The redesigned front bumper comes with vertically positioned fog lamp housings and the side profile remains similar to its ICE sibling. The concept is based on the existing Innova, at least on the design front while the brand is already working on the third generation for some time and is expected to make its global debut later this year before going on sale in early 2023 in many Asian markets including India. 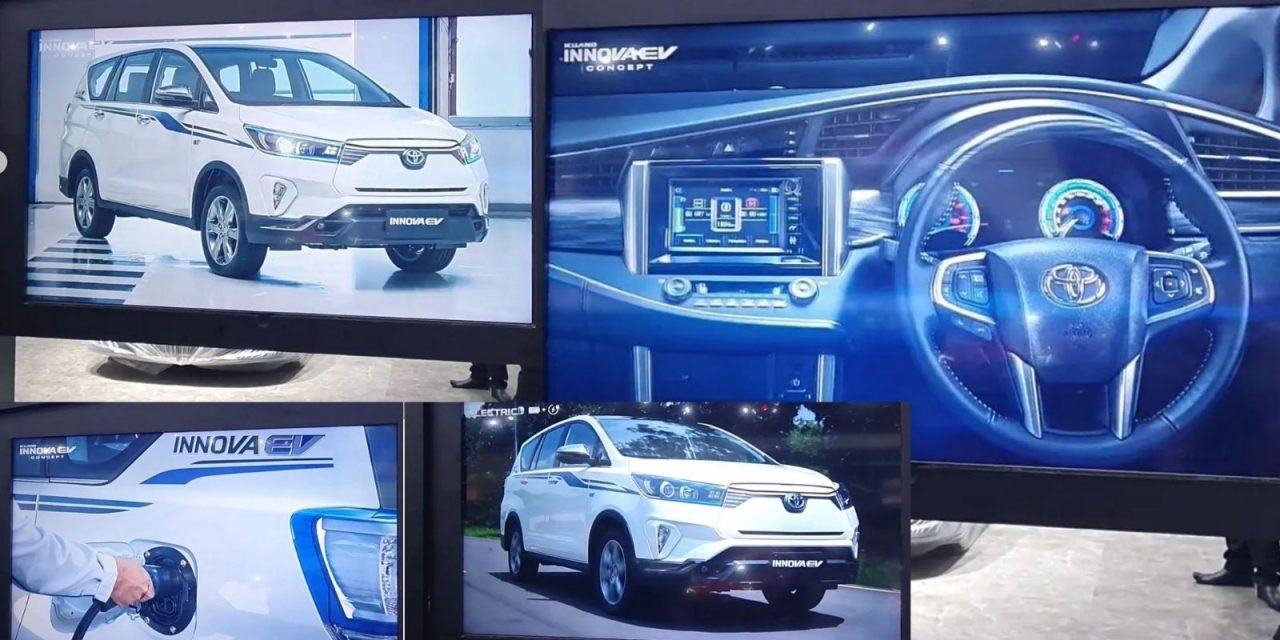 The alloy wheel design looks pretty basic and to emphasise its eco-friendly nature, Blue graphics can be seen primarily on the sides. It also boasts Electric and EV badges with Innova EV decals just behind the quarter panel. The rear gets wraparound LED tail lamps, an upright boot structure as in the IC-engined version, and the charging port is located on the left rear portion.

The interior has a familiar outlook to the ICE Innova Crysta with a centrally positioned touchscreen infotainment system, a three-spoke steering wheel with mounted controls, a semi-digital instrument cluster with a large MID showing range information, Innova EV engravings on the adjustable headrests, etc.

The infotainment screen displays battery level, available range, speed, etc. The performance and details on underpinnings and drivetrain are not known yet and it looks to be a conceptual study at best right now.