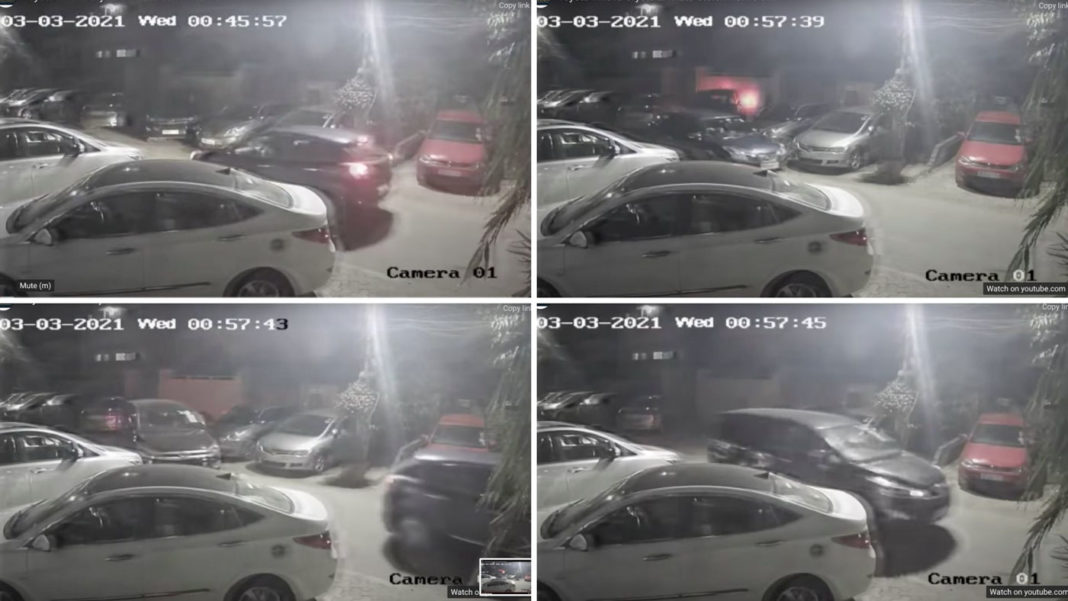 Recently, a Toyota Innova Crysta was stolen from inside a gated society in South Delhi, by thieves driving around in a Maruti Baleno

Modern vehicles are available with plenty of safety and security features, in order to keep them safe from the prying hands of thieves. However, criminals seem to have adapted to the better security, and car thefts continue to happen globally. Recently, a video was shared online, which shows how a Toyota Innova Crysta was stolen from a gated society in South Delhi.

In the video, the thieves can be seen driving a Maruti Baleno, which might have also been a stolen car. They managed to enter the society without being flagged by the security personnel, and even managed to drive out with the stolen MPV without raising any suspicions. In the footage, we see that the criminals took less than 10 minutes to break into and steal the vehicle.

The stolen Toyota Innova Crysta was a 2016 diesel AT model, equipped with an engine immobiliser. The immobiliser prevents the engine from starting up unless the correct key is used, but like every system, it has its limitations. It seems like these thieves were well-versed in the art of exploiting vulnerabilities in such security systems.

By looking at the video, it is hard to judge how exactly the thieves broke into the vehicle, or how the immobiliser was overridden. One way by which this can be done involves the use of special scanners that replicate the signals of the vehicle’s smart key. Another way involves using a booster to amplify the signals of the smart key, if it is nearby, to unlock the car on its own.

The owner of the vehicle has stated that goods worth over Rs. 3.5 lakh were also stolen, which were kept inside the Innova Crysta. As it was parked inside a gated society, he felt safe leaving the valuables inside the vehicle instead of taking them inside his house. 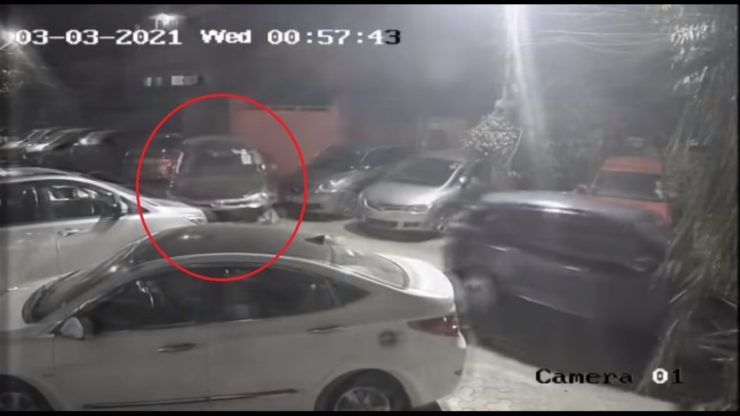 An FIR has been registered in this case. The owner has also stated that in order to prevent such thefts, cars should be equipped with many other security features, like GPS, geo-fencing, extra locks, etc. In a similar incident a while back, a few thieves, driving around in an old Hyundai Creta, managed to steal a Jeep Compass from outside the owner’s residence.