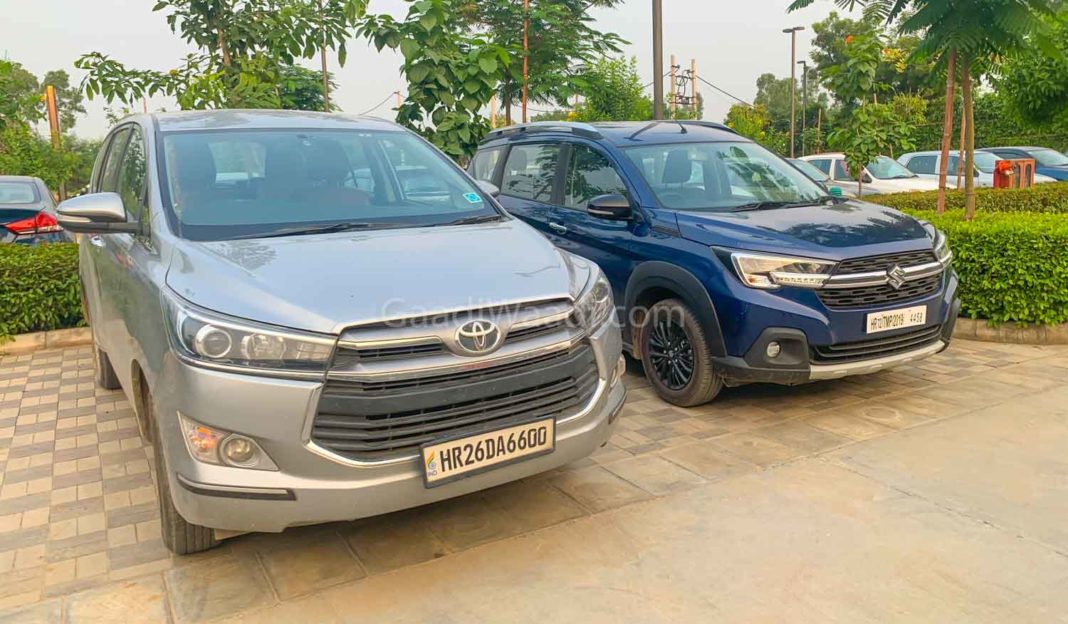 Innova Crysta came in behind Ertiga, Bolero and Triber in October 2019 MPV sales in India, Over 5,000 units sold last month

Toyota’s Innova Crysta has continued to be one of the most favourite MPVs in India since its launch in 2005, and has managed to attract both private car buyers as well as commercial fleet. However, Toyota’s MPV has seen a YoY decline of 24% in terms of sales. Could the decline be attributed to the launch of Maruti Suzuki XL6?

Toyota managed to sell 5,062 units of the Innova Crysta in the month of October 2019, compared to 6,700 units it sold in the same month last year. However, in terms of MoM sales, Innova Crysta registered a growth by a total of 837 units.

The XL6 is basically an Ertiga with a crossover treatment outside, and premium treatment inside the cabin. The reason that the car was introduced with a premium of just around Rs 1 lakh over the Ertiga, and is sold through the Maruti’s Nexa dealerships, is to let the buyers know that indeed, Maruti Suzuki can do premium MPVs, while still staying true to the carmaker’s DNA.

The launch of the XL6 has certainly affected other premium MPVs including the Toyota Innova Crysta and Mahindra Marazzo. Maruti Suzuki shipped a total of 4,328 units of the XL6 in October 2019, compared to 3,840 units in the previous month. Its direct rival, the Marazzo managed to sell just 1,044 units last month, barely affecting the XL6.

With two captain seats in the middle row, the XL6 looks eye to eye with the Innova in terms of seating layout. The former might not be able to offer the quality that the latter does, but it should be noted that the XL6 retails at a starting price of Rs 9.79 lakh (ex-showroom), which is over Rs 5 lakh lesser than Innova Crysta’s starting price of Rs 14.93 lakh (ex-showroom). 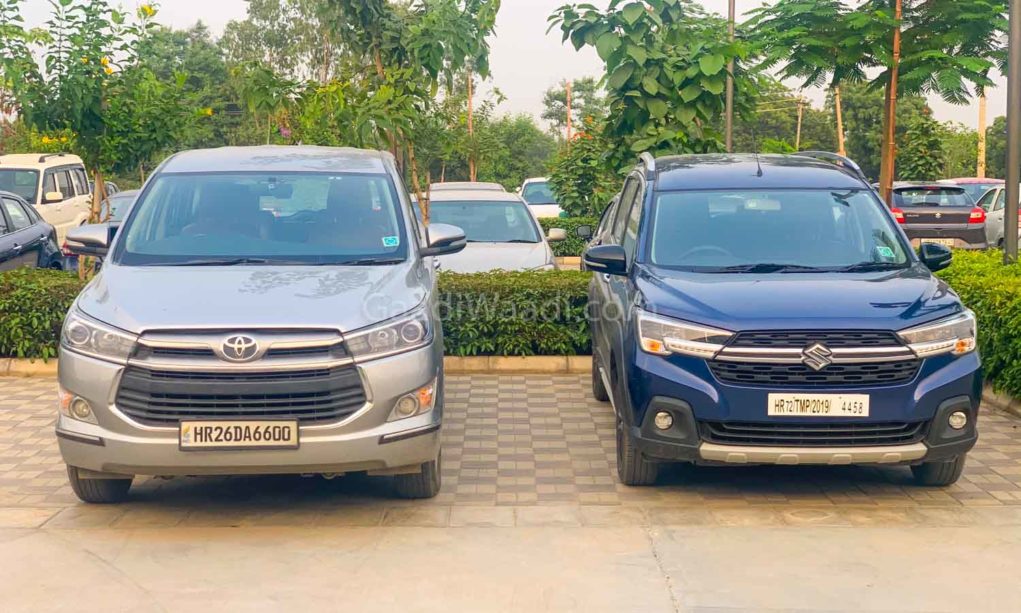 The Toyota Innova Crysta is also undercut by the newly launched mid-size SUVs Kia Seltos, and the MG Hector. With the trend of market shifting to SUVs, the Innova Crysta is in jeopardy since at its price point, buyers not needing the extra seats would rather opt for an SUV.
Data Source: AutoPunditz