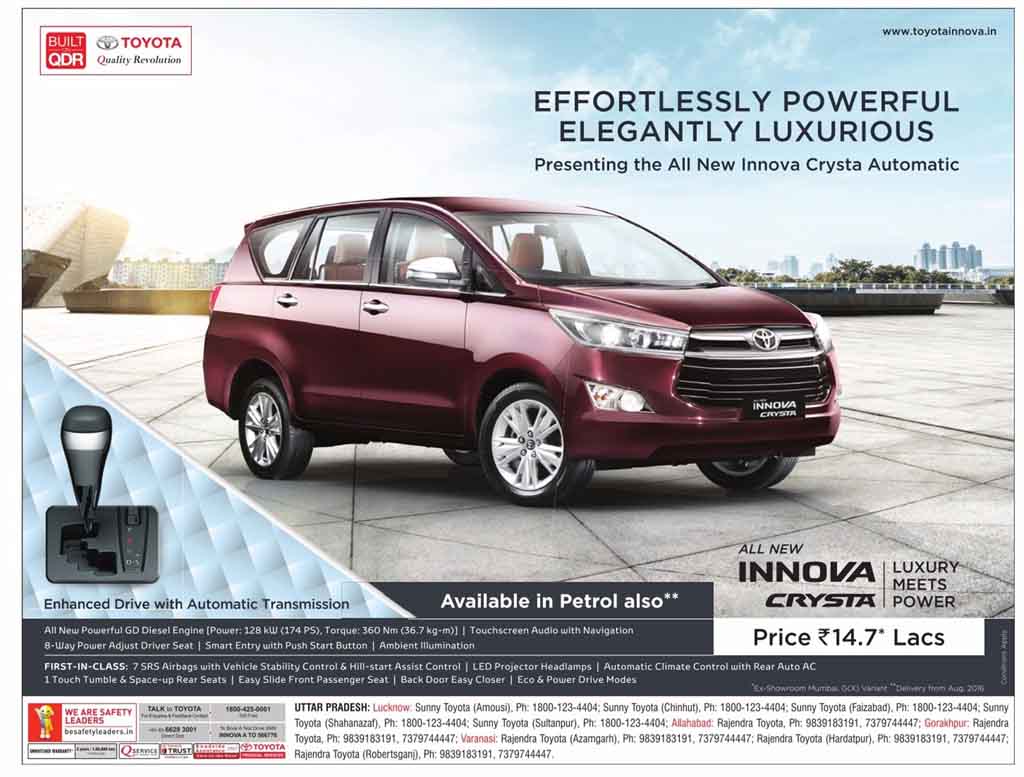 Toyota Kirloskar Motor is all geared up to launch the petrol variant of the Innova Crysta. Already available in diesel variants, the Innova Crysta has become the best selling MPV in India within a few months of its launch. Despite being banned in Delhi, NCR and Kerala the MPV has fetched impressive sales figure across the country.

Now with the petrol variant all set to be launched, the car will be available for the customers in Delhi, NCR and Kerala as well. Some selected Toyota dealerships across the country has already started the booking process. The booking amount for the petrol variant Crysta is Rs. 1 lakh. Delivery of the car is expected to start from August onwards. The petrol powered Innova Crysta will be available in the G, V and Z trims. And the versions will be priced around Rs. 80,000 lower compare to their diesel equivalents. The pricing of the Innova Crysta diesel ranges between Rs. 14.85 lakh to Rs. 20.93 lakh (ex showroom, Delhi). The power source for the petrol variant of Toyota Innova Crysta will be a 2.7 litre four cylinder dual VVTi engine.

The same engine is available under the hood of the Middle Eastern market spec new Innova. The transmission options comprises of a 5 speed manual gearbox and a 6 speed automatic gearbox. Power output for the car stands at 164 hp, while the maximum torque output is 250 Nm.