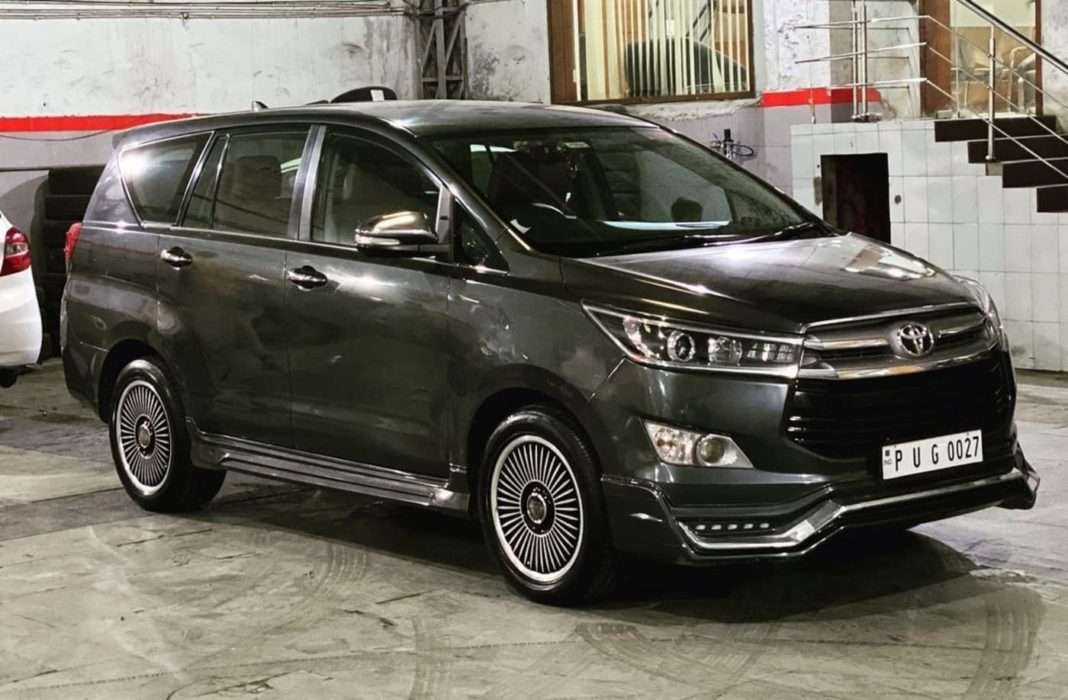 Here, we have a modified Toyota Innova Crysta which wears custom 18-inch alloy wheels and a sporty-looking body kit

The Innova Crysta is the best-selling vehicle in Toyota’s lineup, and for good reason. The premium MPV offers loads of space and comfort, along with unparalleled reliability. With such popularity in India, we’re bound to see a few modified examples every now and then. Here, have one such customised Toyota Innova, which sports a set of pretty-looking alloy wheels.

The vehicle wears 18-inch Victor wheels, with multi-spoke design and dual-tone finish. The silver wheels look brilliant against the dull grey paint of the rest of the body. These rims were added courtesy of KB tyres, a custom car garage in Ludhiana, Punjab. Other than that, the vehicle also has a sporty body kit.

At the front, this Innova gets additional cladding at the bottom of the front bumper, shaped like a lip spoiler. The MPV also features side skirts, which add a little muscle to the design. There’s no kit at the rear though, but the overall design looks extremely brilliant. A blacked-out roof would’ve enhanced the aesthetics even further, but that just a personal opinion. 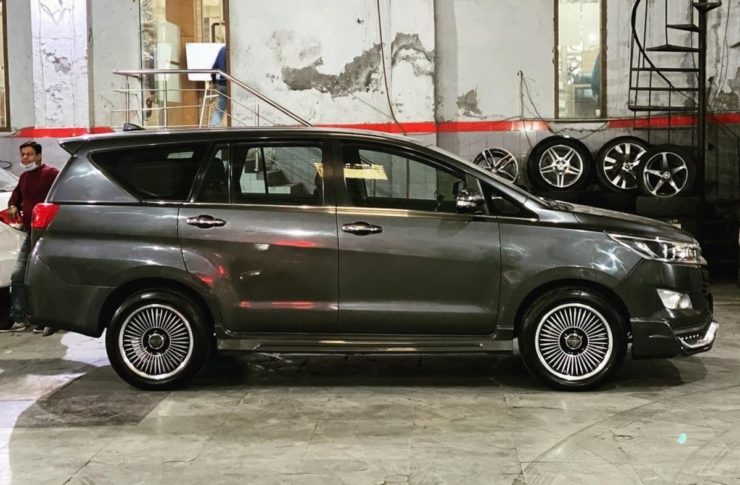 This particular model is a 2017 Toyota Innova Crysta diesel. It is powered by a 2.4-litre, inline-4, turbocharged diesel engine. This motor is capable of generating a maximum power of 148 HP and a peak torque of 360 Nm (343 Nm on MT). Transmission choices for this powerplant include a 6-speed manual and a 6-speed automatic gearbox.

The Innova Crysta is also available with a 2.7-litre, inline-4, naturally aspirated petrol engine, which can develop 164 HP and 245 Nm of maximum power and torque, respectively. This motor can be bought with either a 5-speed manual transmission, or a 6-speed automatic transmission. As for the price, the Innova ranges from Rs. 15.66 lakh to Rs. 23.63 lakh (ex-showroom, New Delhi).

Toyota will soon be introducing the facelift version of the Innova Crysta in the Indian market. The new model will receive updates to styling as well as add a few new features to the MPV. The facelift version was officially unveiled globally last month, and a few units have already reached dealerships in India.