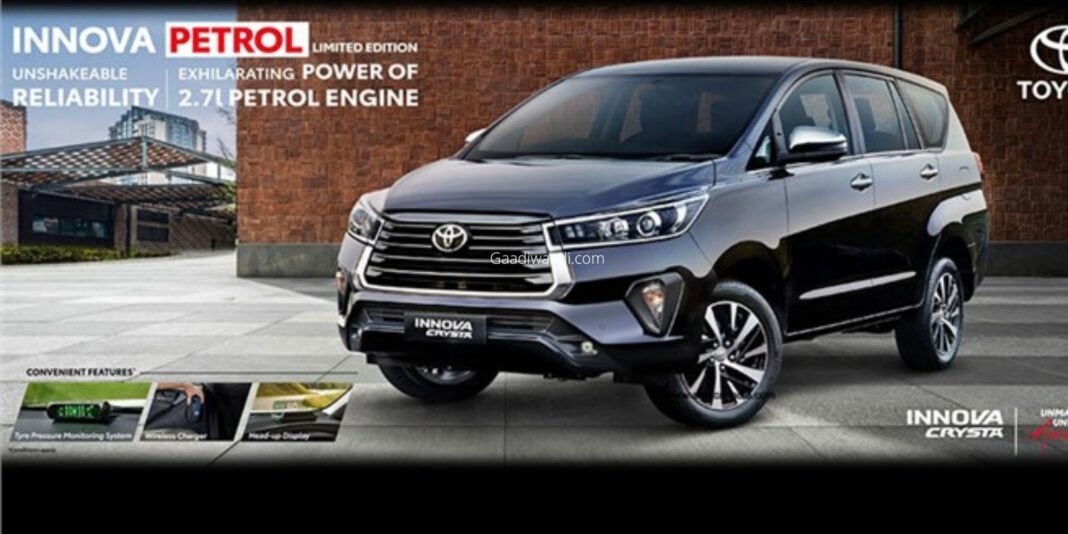 Toyota Kirloskar Motor (TKM) has brought in a new limited edition of the Innova Crysta to its domestic lineup with a starting price of Rs. 17.45 lakh for the manual variant and it goes all the way up to Rs. 19.02 lakh for the top-spec automatic trim (ex-showroom, New Delhi). It has arrived ahead of the festive season when positive buying sentiments generally exist amongst customers.

Moreover, the Japanese auto major is preparing to unveil the new generation Innova in the coming months. The Innova Crysta is the MPV segment benchmark and it garners high volume sales. Backed up by Toyota’s reliability, loyal fanbase and lucrative resale value, the Innova has enjoyed tremendous success in India over a long period of time.

The Toyota Innova Crysta Limited Edition is based on the mid-level GX petrol trim and to differentiate itself from the regular variant, it gains added accessories at the dealer level without incurring additional costs. The included accessories are TPMS (Tyre Pressure Monitoring System), a wireless charging facility and a HUD (Heads-Up Display). 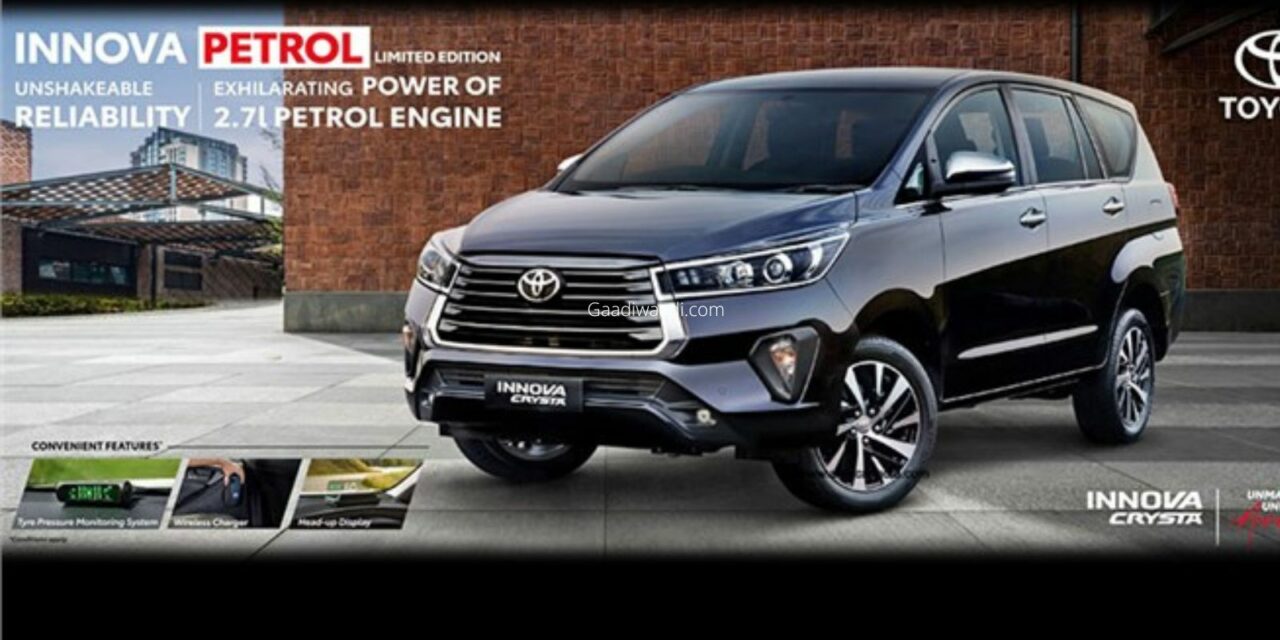 These features were previously offered for extra money as they could be slightly more than Rs. 50,000 and they will be available till the end of October or until the stocks run out. Currently, the Toyota Innova Crysta range has prices starting from Rs. 17.86 lakh (ex-showroom). Only a few days ago, Toyota officially confirmed temporarily stopping the bookings for the diesel variant.

The already allotted units will be delivered to the customers but most of them are being asked to switch their bookings to the petrol version due to the high waiting period and demand. The petrol variant of the Toyota Innova Crysta only has a waiting period of a month and a half depending on the trim level and availability in certain places.

The new generation Toyota Innova could be dubbed the Innova HyCross and it will likely be retailed alongside the existing Crysta. It will be based on a modular monocoque chassis and could have a more spacious cabin while boasting a petrol/hybrid engine with higher efficiency.