Toyota Innova Crysta CNG variant will use the 2.7-litre petrol engine that currently develops 166 PS and 245 Nm in its petrol guise

Toyota has the Innova Crysta and Fortuner as its most popular models in the Indian market. The arrival of the stringent BSVI standards from April 1, 2020 has led to the Japanese auto giant discontinuing products like Etios, Liva, Corolla Altis and Land Cruiser. This resulted in Glanza B2 segment hatchback becoming the most affordable offering within the company.

Last month, Toyota announced price hikes for the Innova Crysta and Innova Touring Sport. The petrol variants saw a price increase between Rs. 30,000 and Rs. 44,000 while the diesel version dearer by Rs. 30,000-61,000, depending on the variants. The Innova Crysta range currently starts at Rs. 15.66 lakh and it goes all the way up to Rs. 24.67 lakh for the range-topping Touring Sport (ex-showroom).

To garner more customers, Toyota will be expanding the Innova Crysta’s range in the coming months as a CNG variant will be added. The CNG-spec Innova Crysta was spied for the first time in January 2020 and now we have a prototype caught on camera undisguised. Expect Toyota to offer the Innova Crysta CNG only in the entry-level trim. 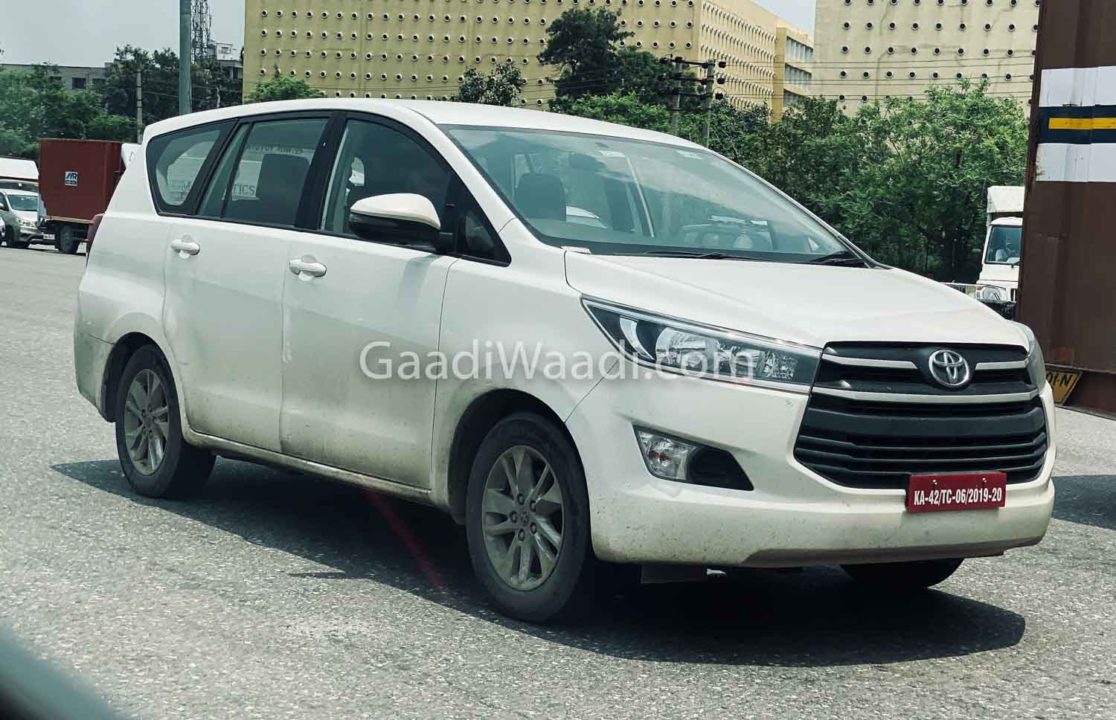 A mid-level trim might be provided but we are still skeptical. It could cater largely to the fleet operators due to the fuel economical benefits. The bi-fuel, petrol-CNG version of the Toyota Innova Crysta will be equipped with the same 2TR-FE dual VVT-i 2.7-litre four-cylinder petrol engine. In its regular guise, it is good enough to generate a maximum power output of 166 PS and 245 Nm of peak torque.

We do expect the power and torque figures in the factory-fitted CNG specification to get a little lower. The petrol-powered version is paired with either a five-speed manual or a six-speed automatic transmission. The Innova Crysta CNG is expected to be offered only with a five-speed manual gearbox. The bi-fuel variant could be around Rs. 80,000 to Rs. 1 lakh costlier than its comparable petrol-only sibling. Upon arrival, the Innova Crysta will become the second seven-seater MPV in the country to gain a CNG variant, as the S-CNG version of the Maruti Suzuki Ertiga is already available on sale with a fuel economy of 26.08 km/kg.