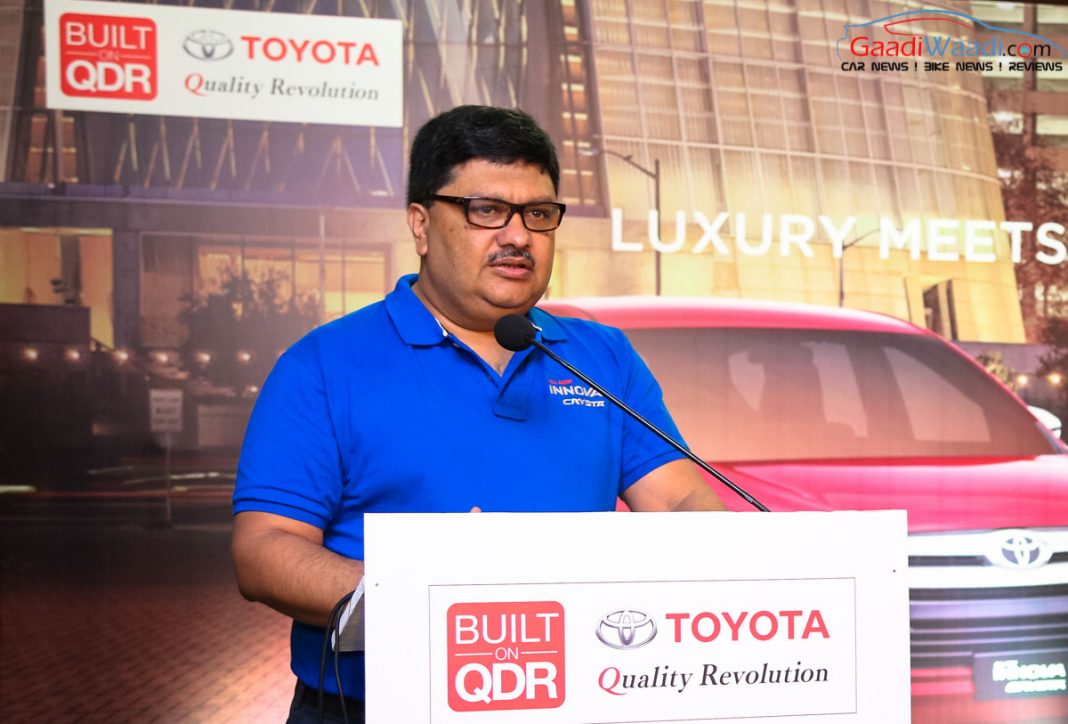 Toyota is one of the few mainstream manufacturers to have not been involved in selling dedicated sub four metre cars for the Indian market. The segment carries loads of potential with Maruti Suzuki leading the charge and the other car makers like Hyundai, Mahindra, Ford, Honda and Tata exploring ways to beat the former in its own yard.

The market has seen some of the exciting and ingenious products coming through in recent years as the buyers have upped their preference and more people aren’t retreating from looking at the cars costing above 5 lakhs. The government’s relaxation for cars measuring below four metres in length means that more products are expected through this year and the years to come.

But, Toyota, a worldwide volume segment leader has revealed to us that the company has no plans in the pipeline to introduce any India-specific products in the sub-4m segment – be it a Brezza, EcoSport & TUV300 rival or a subcompact sedan.

However, Mr. Naveen Soni, Vice President at Toyota Kirloskar Motor Pvt Ltd, spoke on an exclusive interview with us and divulged that India can expect global products like the compact SUV Rush.

“As far as compact SUV is considered, whether we have? Yes! We have global model like Rush that is sold as Terios in some markets and is available with Toyota. However, as far as sub-4m category is concerned, we don’t want to make tailor-made cars only for India that is something that we’ve been saying is a compromised solution of sorts, whether it’s a car or it’s an SUV.” he said. 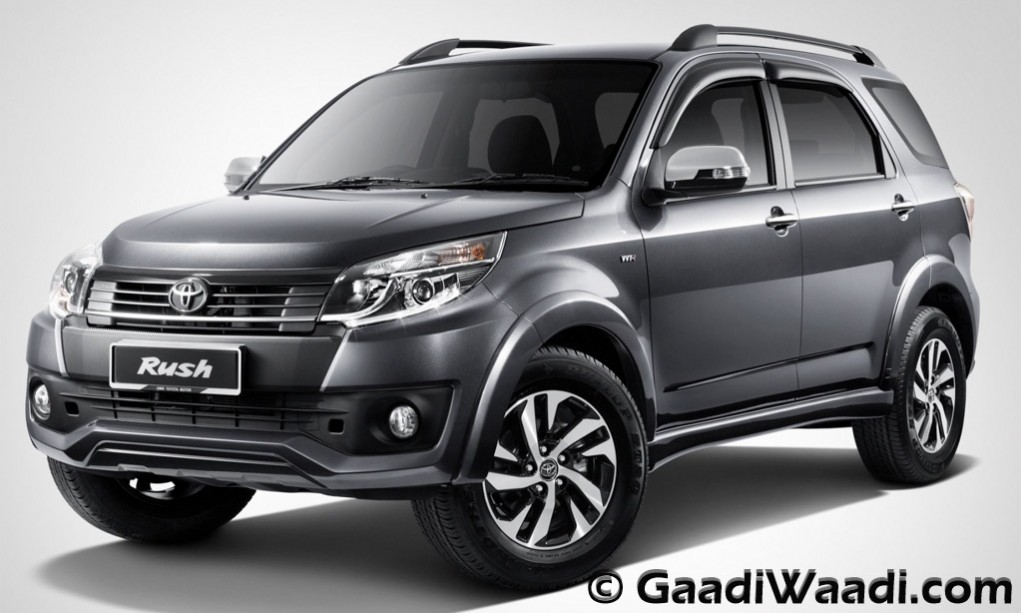 He explained that no compromise in the character of a car should be made:

“The customer is buying that particular car for a particular value that he seeks in that car. If I am buying a 3-box car, I’m buying this because I want boot space. By making the 3 box car shorter what I am compromising is boot space. Why should a customer pay less for the boot space? Of course he pays less because the excise duty is less.”

He went on to say the sub-4m products when released in global marketplace won’t get recognised and that Indians accept the compromise they need to make for buying a car affordably.

“When the same cars goes into global arena when there are no tax comparisons then it does not succeed because there is customer saying that i am buying a 3 box car i need boot space. Where in India, what is happening is okay. Customer knows that he is not getting boot space but at least he is paying less. So because of India’s unique conditions sub-4m sedan models have been successful.”

“But this does not mean the customer is satisfied which is what we feel because as a natural choice if he is given a choice between a hatchback and sedan he goes for a sedan because he prefers carrying some boot space for his needs. For that point of view, that car is kind of India unique product.”

According to Mr. Naveen Soni, the global products about to be introduced in India will product more buzz for the brand and develop economy than the country-specific models. “Given that choice, then we would like to have global products in India because they are the way to go because comprise on quality, safety and environment are not needed. This is why we don’t tailor-make products for this country.

From a country’s perspective, if I have to make a car which can be made here and sold anywhere in world that’s much better for the Indian economy rather than make only a car for India which cannot be sold elsewhere.” he concluded.