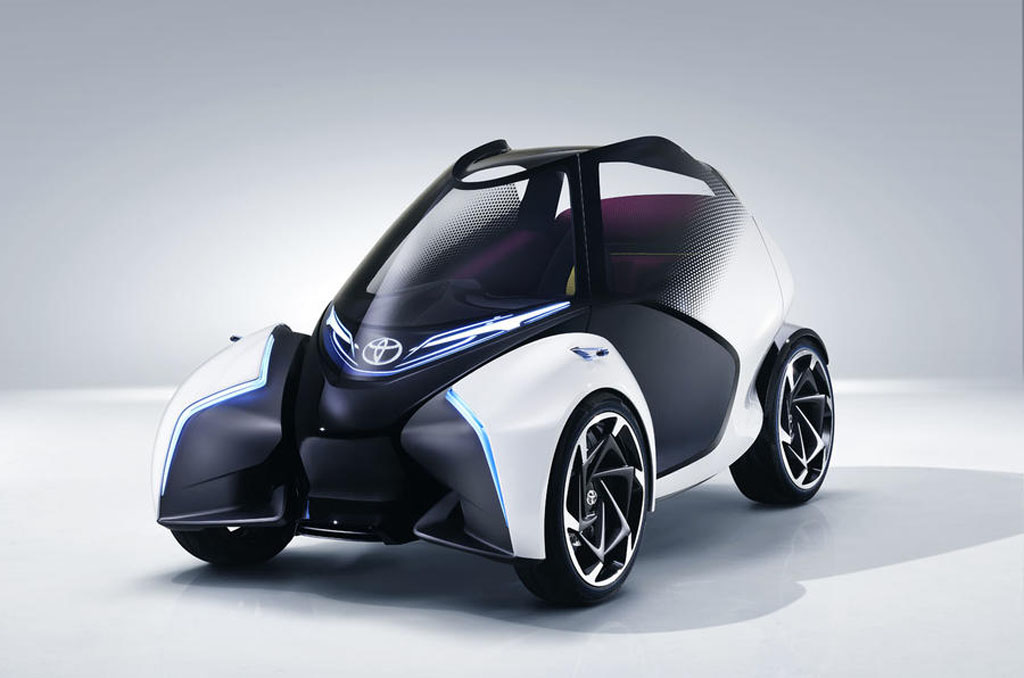 Toyota is known for constantly working towards new technology and offering innovative mobility solutions. The Japanese automobile giant has now come up with its latest mobility product i-TRIL concept. It is a small autonomous electric urban car with three occupants seating capacity. The concept has been unveiled at the Geneva Motor Show giving us a preview of what can be a futuristic last-mile mobility option can look like.

The three-seater Toyota i-TRIL concept has been designed keeping the urban mobility in mind. It consumes very little space and offers an environment-friendly commuting experience, minus the hassle of driving, thanks to the autonomous technology. The electric powertrain of the concept car is claimed to be capable of delivering around 300 km range, which is pretty impressive. 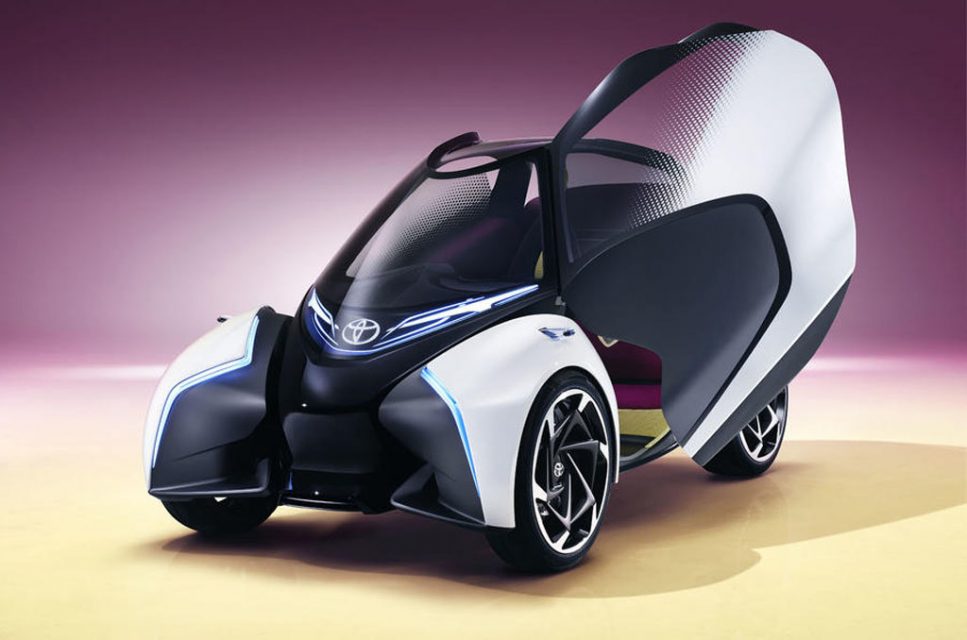 The Toyota i-TRIL concept comes sporting the brand’s Active Lean theme. The design is very unconventional and offers a wide glass area. Instead of conventional headlamps up front, the concept features sleek LED stripes delivering a V shaped appearance. The sporty alloy wheels sit under dedicated wheel wells. The transparent roof gives it a spacious feel, while the butterfly doors open upwardly. Rear gets sleek and wide LED strip instead of conventional taillights.

Inside the cabin, the Toyota i-TRIL concept comes shedding the pedals, as it is a fully autonomous car. There is a digital touchscreen, which could work as the infotainment system and control panel as well. However, the production model is likely to come different than the concept. It sports drive-by wire technology operated through left and right control nodes, quite like game controllers. 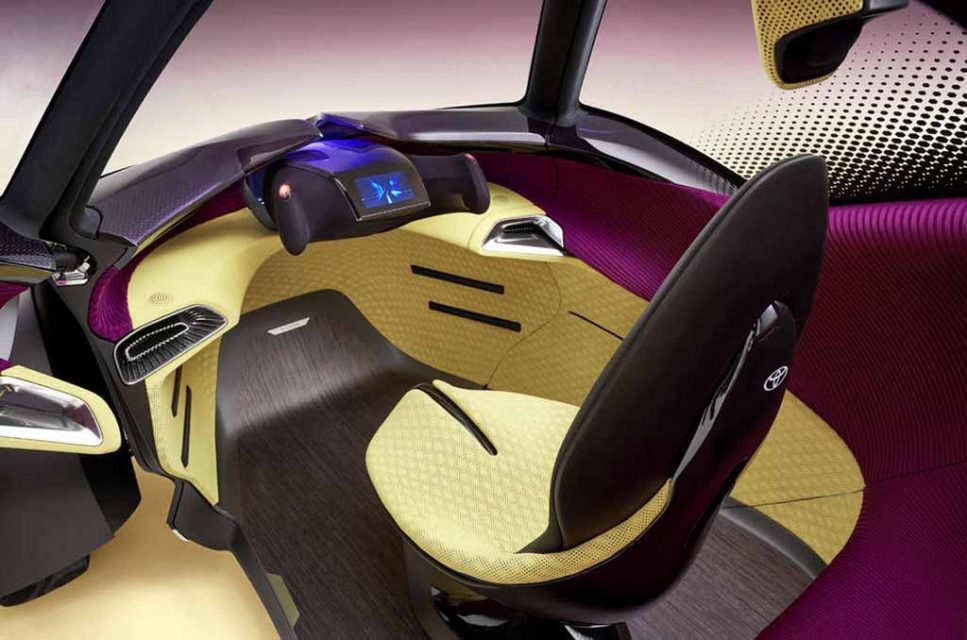 Toyota claims, the i-TRIL concept comes with a 10 degree lean, which gives it better stability and grip. It runs on 19-inch front wheels and 20-inch rear wheels. It gets voice command system, through which driver can activate the functions. The inverted T shaped seating layout makes the cabin quite spacious, despite it being a very small car.