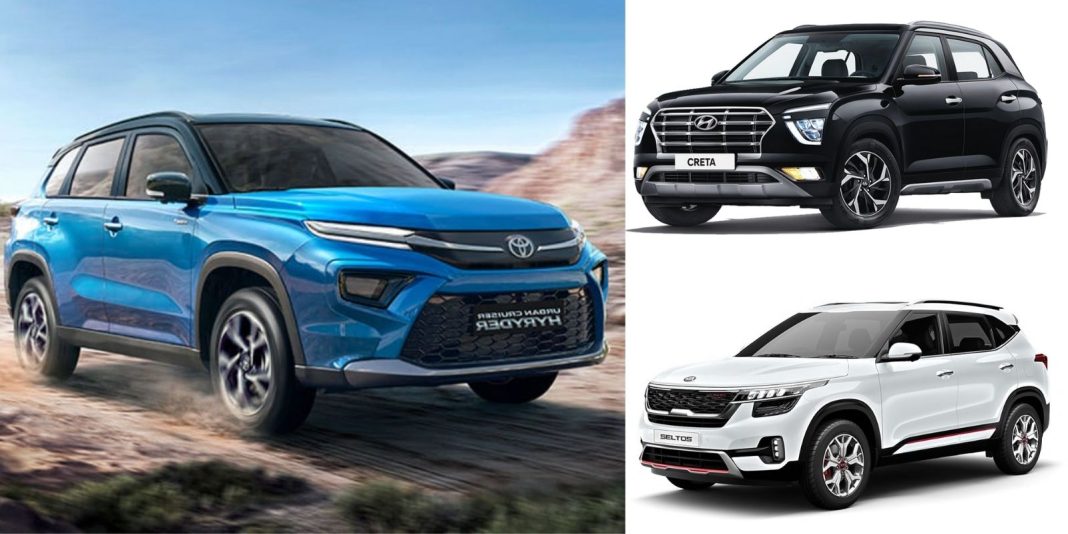 Here we compared the recently unveiled Toyota Hyryder against two of the top-selling midsize SUVs in the country, the Hyundai Creta and Kia Seltos

Toyota Kirloskar Motor (TKM) revealed the Urban Cruiser Hyryder for the domestic market only a few days ago and its production will commence next month ahead of the price announcement. The five-seater will take on Hyundai Creta, Kia Seltos and the likes in the highly competitive midsize SUV segment and here we have compared all three of them.

In terms of dimensions, the Toyota Hyryder clearly has the upper hand over Hyundai Creta. It measures a length of 4,365 mm, a width of 1,795 mm and a height of 1,635 mm. Compared to the Creta, the Hyryder is 65 mm longer and 5 mm wider but the height remains identical. The added length and width should avail a better interior room.

However, the wheelbase length of the Hyryder is 10 mm down on the Creta. Compared to the Kia Seltos, the Hyryder is 50 mm longer but the Korean midsize SUV is 5 mm wider but the Hyryder claws one back by being taller with a height of 1,635 mm (+15 mm in comparison). With Creta and Seltos sharing the same 2,610 mm wheelbase, the Hyryder is shorter by 10 mm. 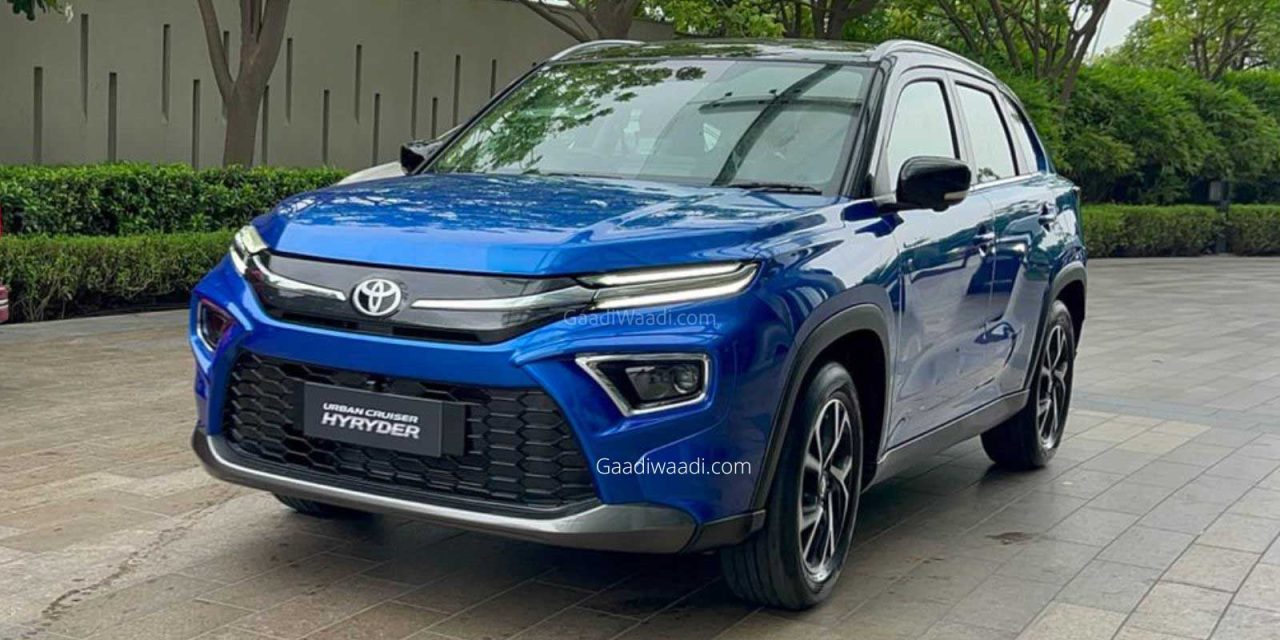 As for the performance, the Hyundai Creta and Kia Seltos share the same engine options as they benefit from having an extensive range. With the absence of a diesel powertrain, the Hyryder does have a disadvantage but it makes up for it by employing a strong hybrid petrol engine, accompanying a mild-hybrid petrol unit that can also be found in Maruti Suzuki models.

The K15C four-cylinder petrol engine with progressive smart hybrid tech develops a maximum power output of 103 PS and 135 Nm of peak torque while the comparable NA 1.5-litre four-pot petrol engine without hybrid technology kicks out 115 PS and 144 Nm in the Creta and Seltos – making them 12 PS more powerful and 9 Nm torquier. 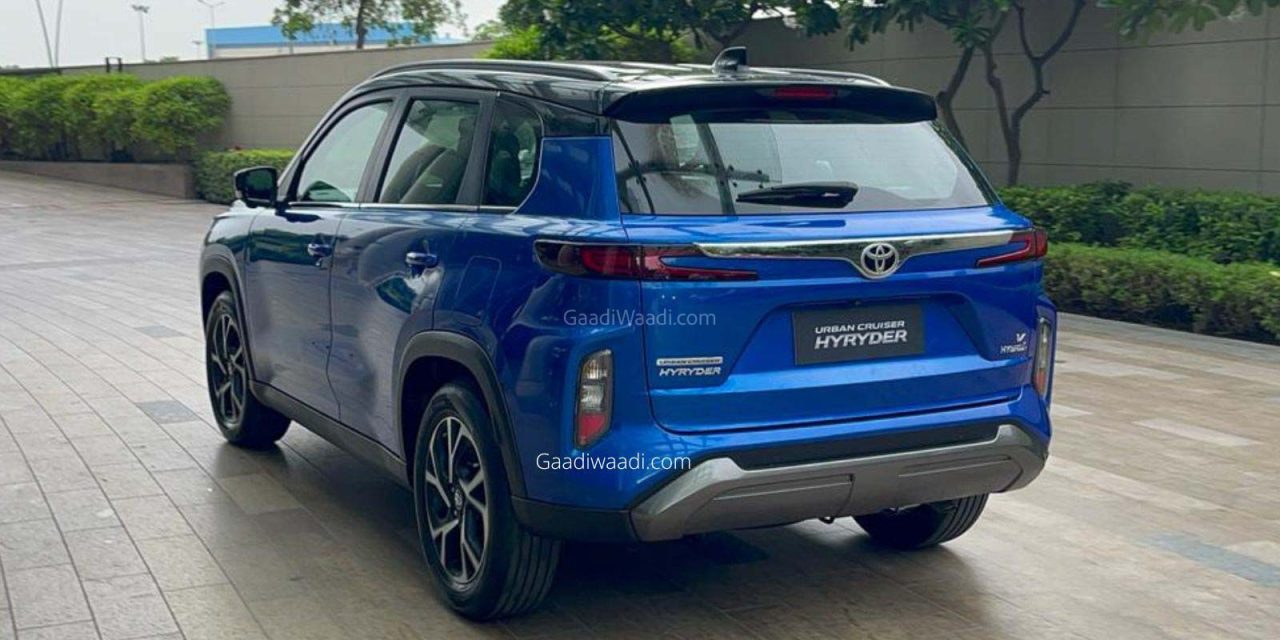 The powertrain makes 140 PS and 242 Nm – 25 PS more powerful and 101 Nm torquier. The transmission choices presented are a six-speed MT and a seven-speed DCT giving more options to choose from mainly in the Seltos. The Hyryder though will be more practical with a dedicated EV-only mode and the efficiency will likely stand at around 25 kmpl. 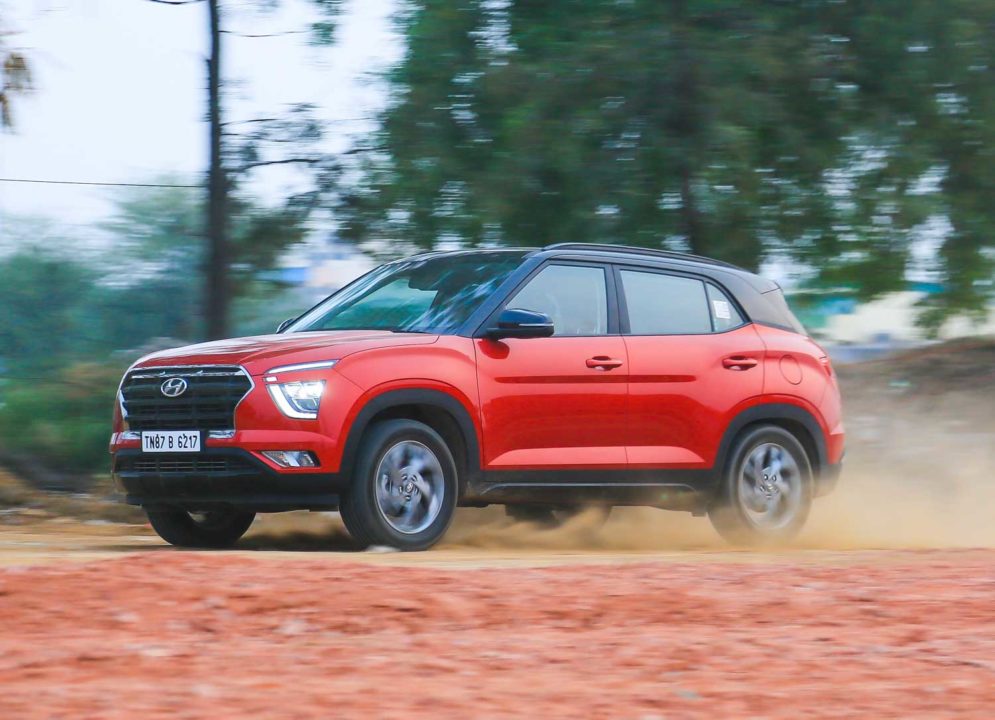 In addition, offering a 4WD layout will give the Japanese SUV a distinctive advantage. At the end of the day, it will be down to what the buyers want from these three SUVs as each offers a different flavour.