Toyota Kirloskar Motor (TKM) is all pumped to debut the Urban Cruiser Hyryder on July 1, 2022 in the domestic market ahead of its launch in the coming months. The midsize SUV will become one of the highlighting launches from Toyota as it will target high volume sales. The brand is also reportedly planning to introduce the new Urban Cruiser compact SUV and new-gen Innova later this year.

The Toyota Urban Cruiser Hyryder will take on Hyundai Creta, Kia Seltos, VW Taigun, Skoda Kushaq, Nissan Kicks, MG Astor, etc in the toughly contested space. The five-seater has already been spotted testing several times on public roads and only yesterday, it was caught undisguised during an advertisement shoot suggesting that the launch is near.

The SUV will have several commonalities with the upcoming Maruti Suzuki YFG, which is also bound for Diwali 2022. As for the performance, the Hyryder will likely be equipped with a 1.5-litre petrol engine in mild hybrid and strong hybrid guises. Internet reports indicate that the UC Hyryder could become the segment-first SUV to boast an AWD option with the mild-hybrid engine. 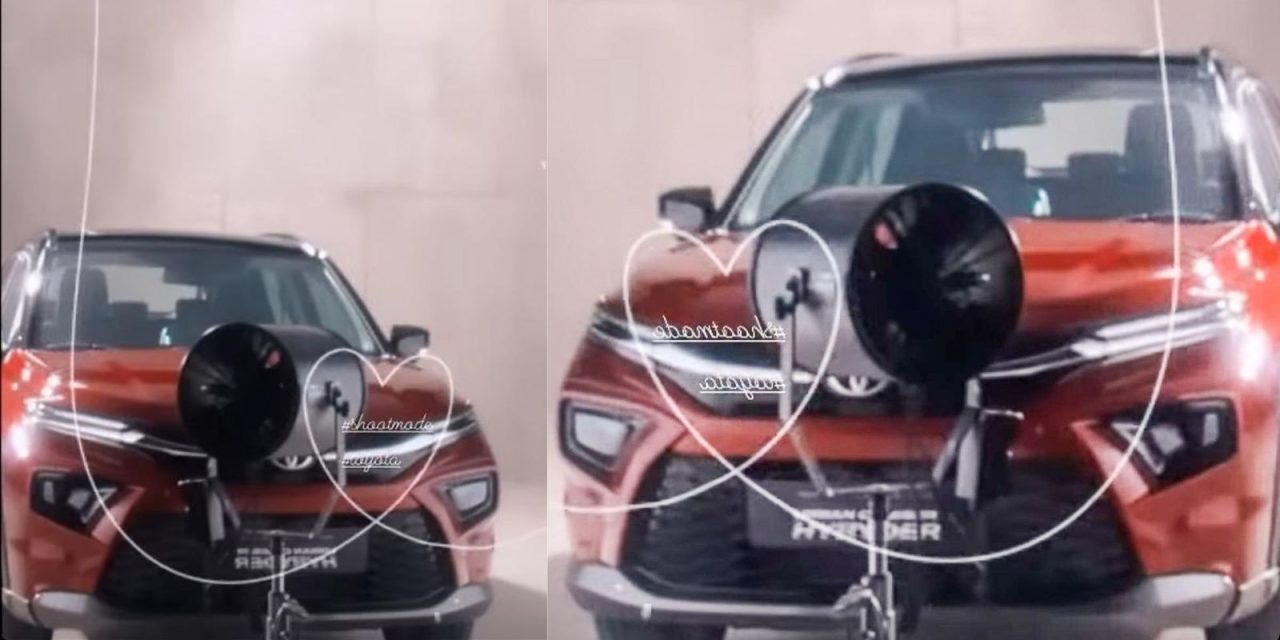 The 1.5-litre four-cylinder K15C petrol engine with progressive mild-hybrid tech will likely be the same unit found in the facelifted Ertiga and XL6. It is expected to produce a maximum power output of 103 PS at 6,000 rpm and 136.8 Nm of peak torque delivered at 4,400 rpm. It will be paired with a six-speed manual transmission as standard or a six-speed torque-converter auto as an option with a paddle-shifting function.

The more powerful strong hybrid version of the same engine could be derived from the Yaris Hybrid and it is suspected to develop a maximum power output of 116 PS. It may only be linked with a six-speed e-CVT with the better hybrid technology (more powerful electric motor) enabling higher fuel efficiency and it will only drive the front axle.

The Toyota Urban Cruiser Hyryder has its design influenced by the global Toyota SUVs and the recently launched Glanza facelift. The interior will have premium features such as a nine-inch touchscreen, HUD, semi-digital console, wireless charger and so on.