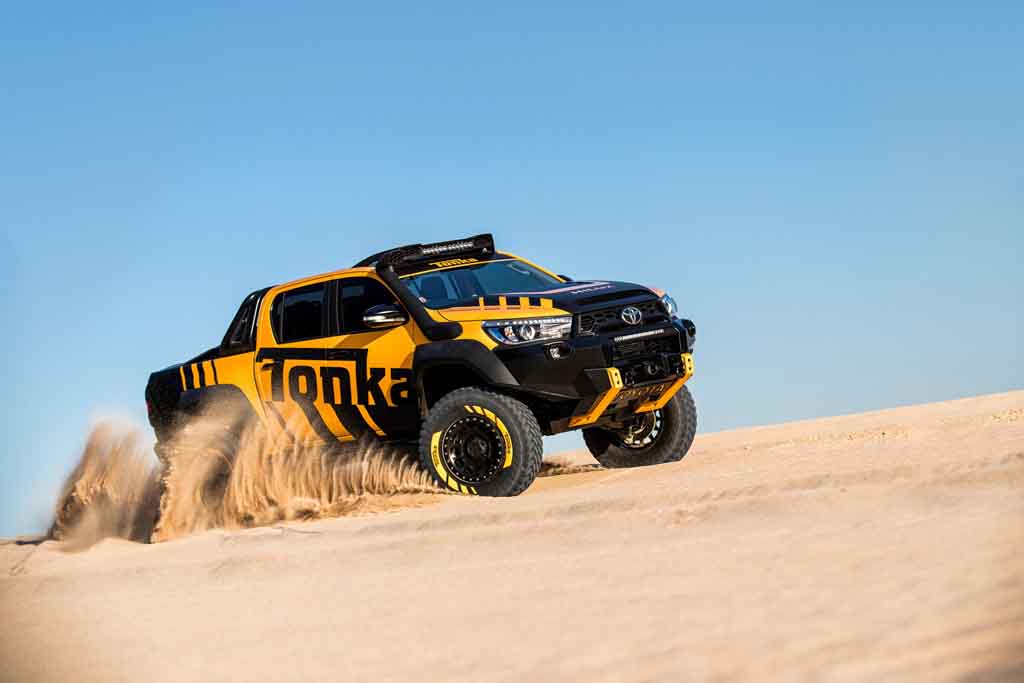 Toyota Hilux is known as one of the best pickup trucks in the world. It has been always loved by those, who love to take the challenge of tough roads. Many enthusiasts love to customise their Toyota Hilux pickup truck in an attempt to make it distinctive than the regular model.

Here is an unique Hilux concept christened as the Hilux Tonka concept built jointly by Toyota Australia and Tonka. The vehicle looks like a dream toy for big boys. It’s muscular, aggressive and beefy and ready to hit the dust. The Toyota Hilux Tonka concept comes based on the double-cab version of the popular pickup truck. Sporting Black and Yellow livery, the Hilux Tonka looks eye catching. 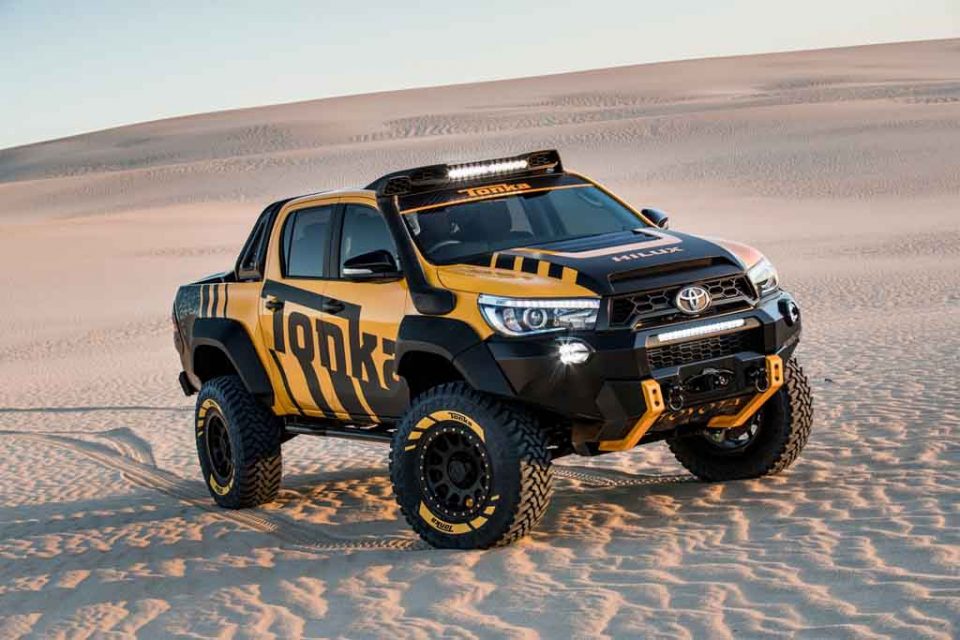 The fully kitted pickup truck concept gets extensive black cladding around its entire body. It sports projector headlamps with integrated LED daytime running lights. There are two off-road focused LED light-bars, with one positioned at the centre of the front bumper and another located on top of the roof, offering greater illumination. Apart from that, the LED fog lamps, tow hook emphasises on its off-roader character.

It has received extensive carbon fibre element on the hoof and tailgate. Also making it different from the regular model are the air scoops, rear spoiler, chunky and large 35-inch tyres. To protect the vital parts of the vehicle, it gets rugged looking bash plate made of 6 mm thick alloy. There are tubular side rails protecting the body and chassis, while the payload area is fully blackened and housing the spare wheel. 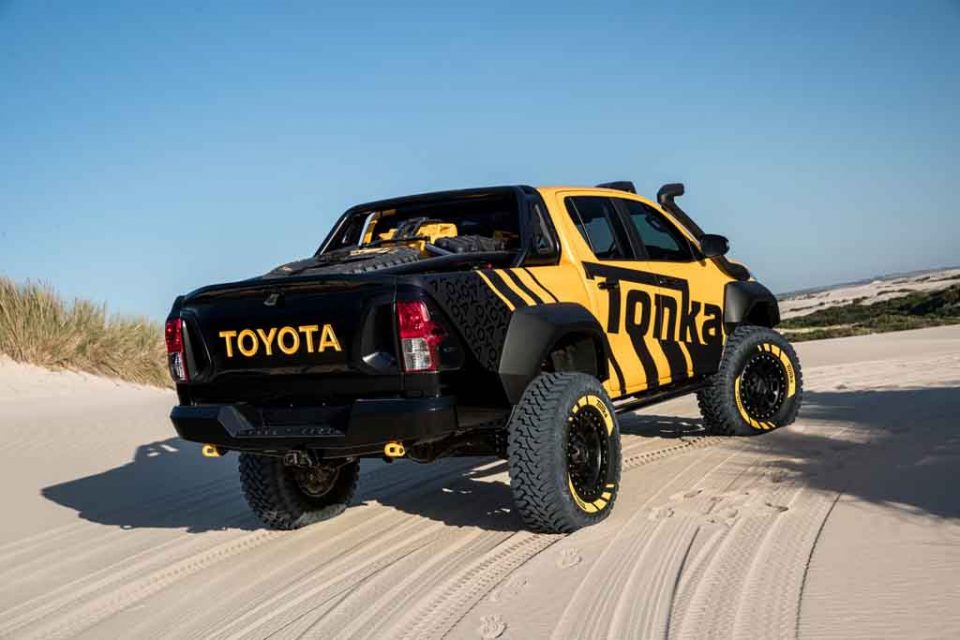 Also read: New Toyota Fortuner 2016 – All You Need to Know

The Toyota Hilux Tonka concept gets an extra ground clearance of 150 mm over the regular model, while the suspension is also modified to keep the car stable on roughest terrains. Power source for the vehicle is a 2.8-litre engine, which is capable of churning out 174 hp of peak power and 420 Nm of peak torque in the standard model. Transmission options in the regular model include a manual gearbox and an automatic unit as well.