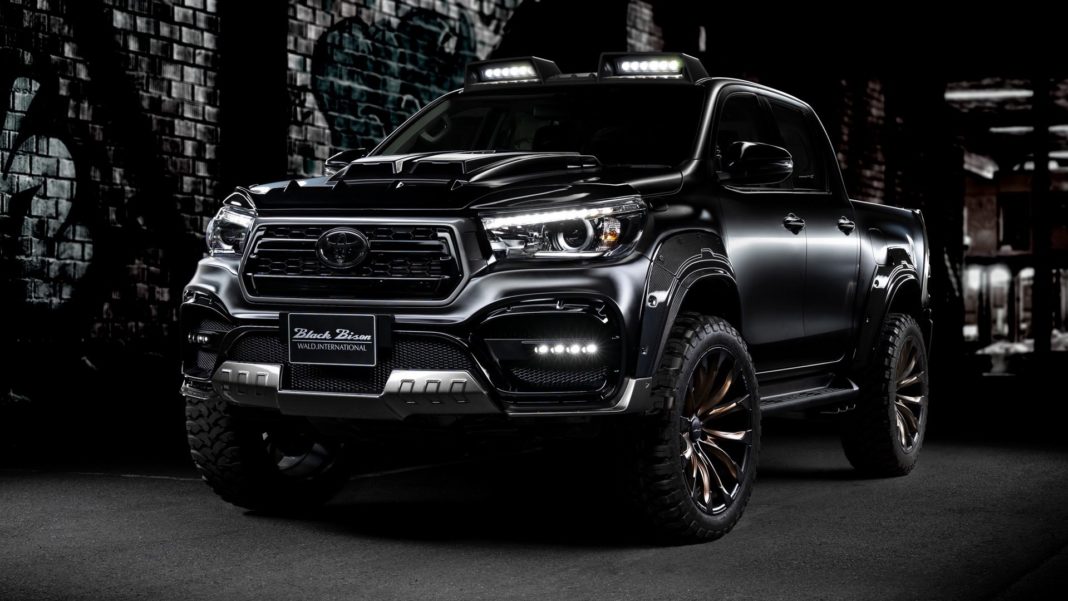 Wald International, A Japanese Modification Workshop, have come up with a Toyota Hilux Black Bison Edition that has been based on the Sports Line trim of the vehicle

The Toyota Hilux has been one of the most popular pickup trucks of all times, with their popularity being as strong as that of the Ford Ranger in many parts of the world. Armed with robust looks, a potent engine and an utterly rugged set of mechanicals, the Hilux makes for a pretty good canvas for modifications.

Sharing the same school of thought, Wald International, a renowned modification workshop from Japan, has come up with a modified version of the pickup truck that has been called the Toyota Hilux Black Bison Edition.

The double-cab pickup truck was basically modified to look more ferocious and look as bold as a Ford Ranger. Thanks to several styling updates that it carries, the Hilux now looks more robust and definitely more attractive. 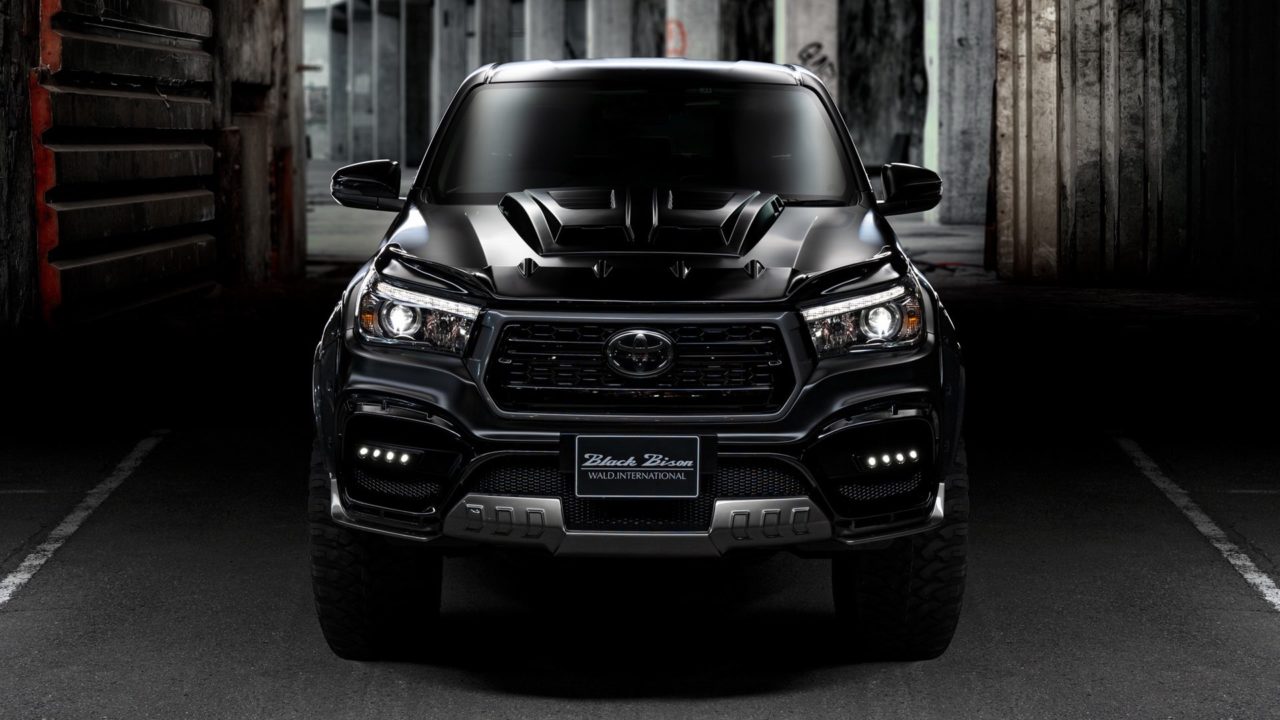 The Toyota Hilux Black Bison Edition not only looks bolder but has been suitably modified to take on the heavy terrain. The highlight of the exterior is its dark black paint and a macho bumper that makes the pickup look more aggressive. It even features a wide body kit that brings in a wider set of fenders. In line with this the pickup truck is now 55 wider than the standard model.

Other highlights of the model include large off-road tires, hood scoop cover, auxiliary LED lights and roof-mounted spoiler lights. The additional lamps are aimed to increase the brightness of the illumination of the lighting system. The Hilux Black Bison comes a year after the same modification company came up with the Suzuki Jimny Black Bison edition. 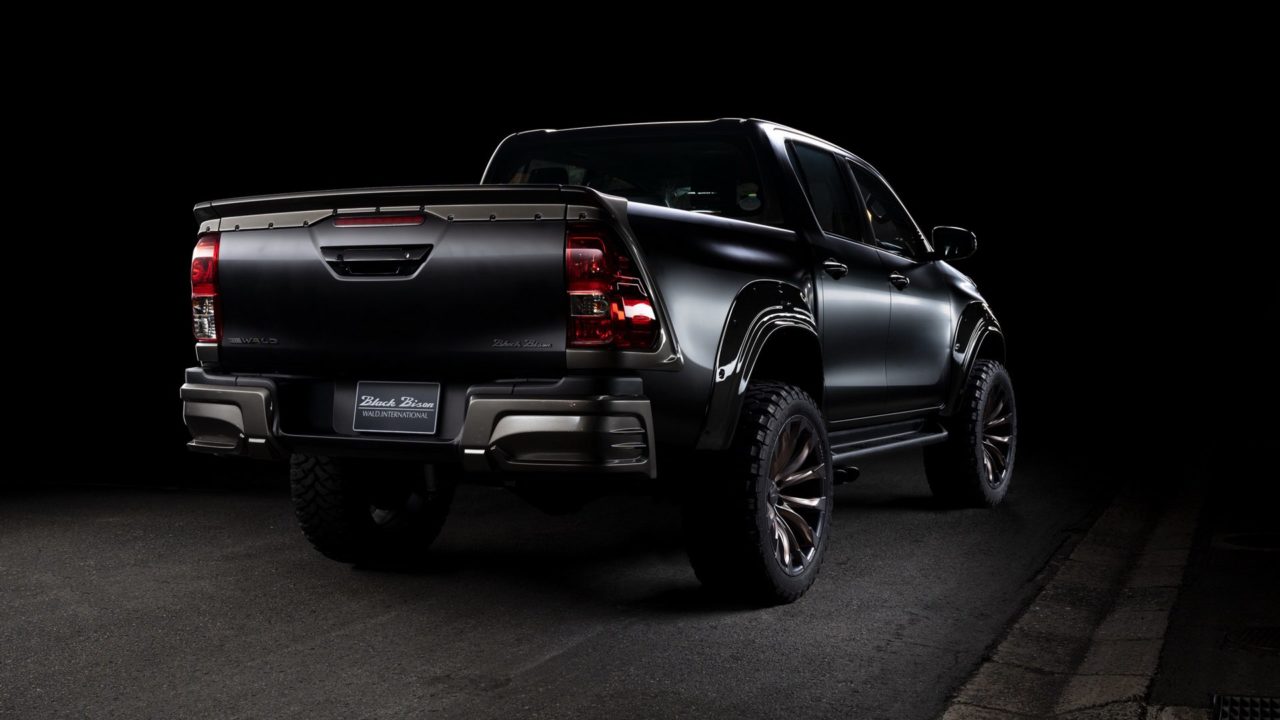 The Toyota Hilux Black Bison Edition features 22-inch Jattet alloy wheels that are shod with huge off road-spec tires. The new fenders that the vehicle carries have been suitably designed to accommodate the large set of footwear efficiently. Other additions include a rear roof wing, custom front bumper, hood-mounted bug protector, rear tailgate spoiler and three-funnel side exhaust system.