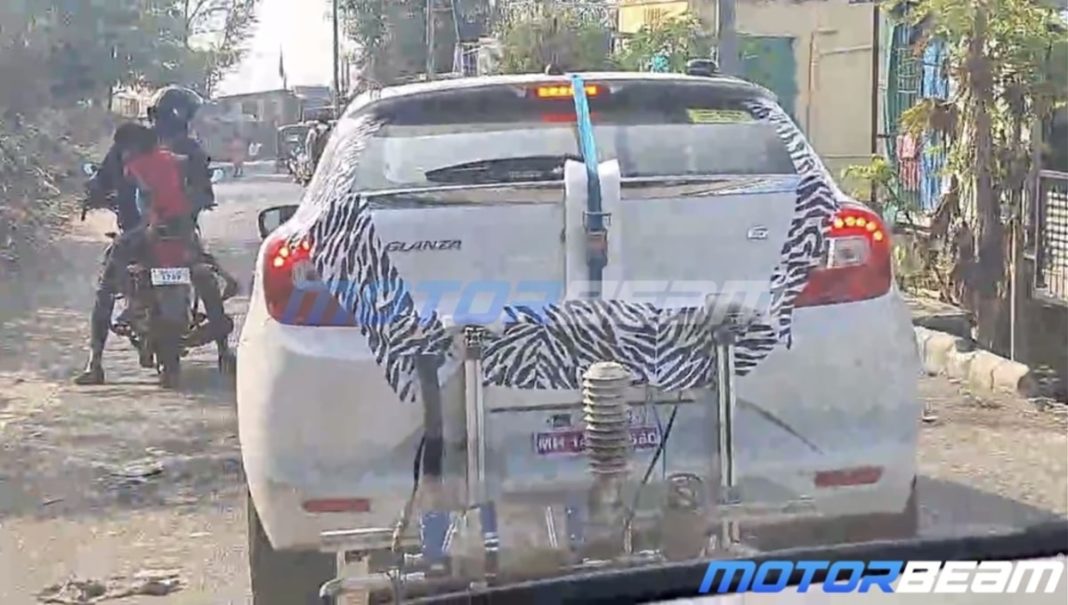 Toyota Glanza hybrid, expected to go on sale by late-2021, will share its powertrain with the upcoming Maruti Baleno hybrid

Toyota Glanza was launched in India back in 2019, as a rebadged version of the Maruti Suzuki Baleno. The latter is one of the most popular vehicles in the Indian market. Last year, test mules of the Baleno, expected to be testing a hybrid powertrain, were spotted in India. Now, a test mule of the Toyota Glanza has also been spotted, undergoing emissions testing.

It is expected that Toyota is also testing the same hybrid powertrain as the Maruti Baleno hybrid spied earlier. It seems likely that this is the same setup as the Suzuki Swift hybrid that was showcased at the 2020 Auto Expo. The Swift hybrid sports a 1.2-litre petrol engine, which develops a peak power of 91 PS and a peak torque of 118 Nm, and comes mated to a 5-speed AMT.

The vehicle also gets a 10kW electric motor on board, which generates 13.5 PS and 30 Nm of peak power and torque, respectively. The hybrid powertrain uses a self-charging system, via a regenerative braking system, which boosts the fuel economy of the Swift hybrid up to 32 kmpl (claimed). 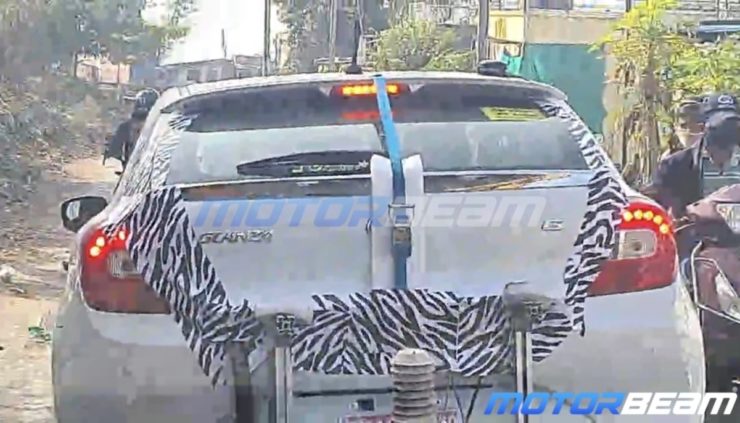 Although Maruti Suzuki is planning to bring diesel engines back, it will only be reviving the 1.5-litre diesel motor. This engine likely won’t be offered on hatchbacks. The primary reason for that is the cost; diesel engines have become much more expensive to manufacture since the BS6 emission norms came into effect. It would be wiser for the carmaker to focus on electrified powertrains instead.

For a price-sensitive market like India, keeping costs down is one of the biggest priorities. It should also be noted that Maruti Baleno (and Toyota Glanza) already offer a mild-hybrid system as an option on select trims. It would be relatively cost-effective to upgrade the mild-hybrid setup into a strong-hybrid one.

Toyota Glanza hybrid is expected to launch towards the end of this year, following a while after Maruti Baleno hybrid. We expect the prices to go up by a small margin over the existing mild-hybrid models of the respective vehicles.