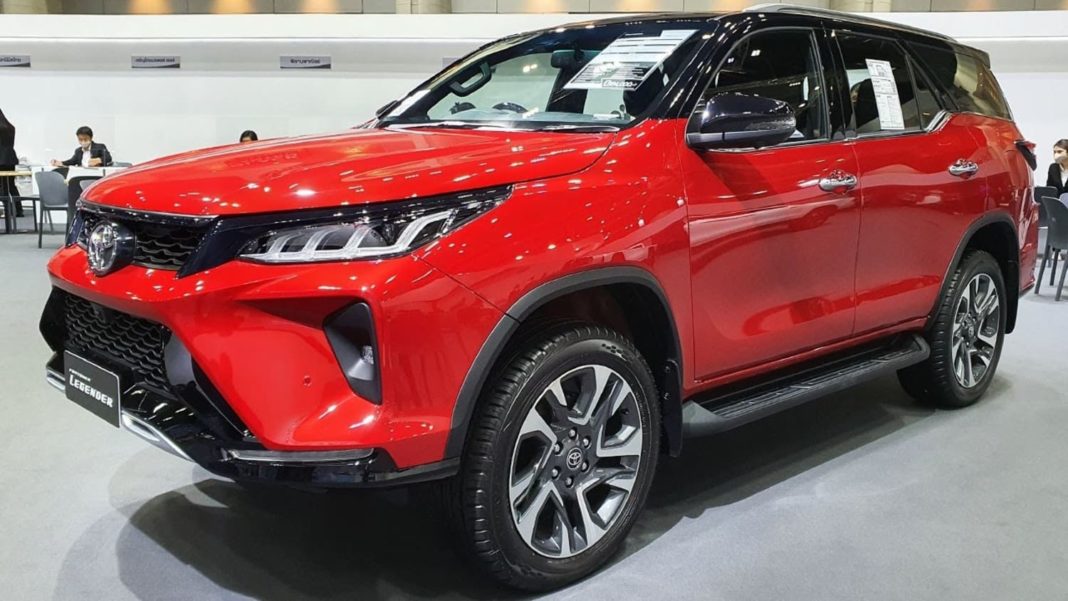 2020 Toyota Fortuner facelift is available in two variants – Standard and Legender – and here, we bring you a walkaround video of the latter

Toyota Fortuner facelift was officially unveiled just a few weeks ago in Thailand and is expected to go on sale later this year, with Indian launch following soon. The ‘Legender’ is the top-spec variant of the new Fortuner facelift, and features plenty of cosmetic changes over the regular model, along with some upgrades to the features list.

Here, we have a walkaround video of the Toyota Fortuner Legender, wherein we can see all the design details of the SUV. The front end of the car features a Lexus-like spindle grille, but vertically split in the middle. The headlamps are all-LED units, and the turn indicators have been integrated into the lower portion of the front bumper.

There is a silver-finished bash-plate at the front, which adds a little macho-appeal to the design. At the sides, we see black body-cladding around the wheel arches and a side-step under the doors. The wheels are 20-inch alloys with machine cut finish. At the rear, we see a pair of LED taillights with a chrome strip running horizontally between them.

The spare wheel has been mounted under the body of the car, and not placed inside the boot. The 2020 Fortuner Legender gets a dual-tone exterior paint scheme, with black-out pillars and roof. You also get roof-rails at the top, which lends the SUV’s a slight utilitarian look. The tailgate is electronically powered and gets touch-less operation as well.

The interior of the Legender is as impressive as the exterior. You get leather-covering on the touchpoints on the door panels and leather upholstery for the seats. There are a lot of premium features on offer, like a 9-inch touchscreen infotainment system with T-Connect, Apple CarPlay, and Android Auto connectivity, along with a 9-speaker JBL sound system, wireless charger, 360-degree camera, and ambient lighting. 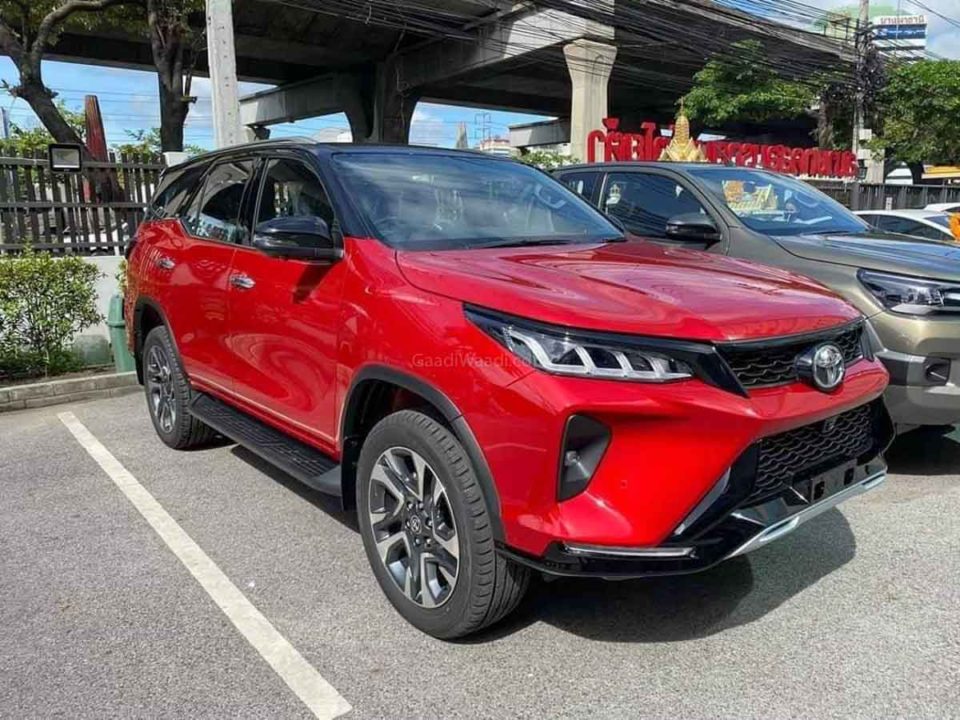 There are two engine options available on the Toyota Fortuner Legender – a 2.4-litre diesel and a 2.8-litre diesel. The former is rated at 150 PS and 400 Nm of peak power and torque, respectively, while the latter generates 204 PS and 500 Nm. You get a 6-speed automatic transmission and a four-wheel-drive system as standard.

At the moment, there is no confirmation whether the ‘Legender’ variant will also make its way to India. As for the ‘standard’ Toyota Fortuner facelift, it will probably arrive In India before this year’s end.