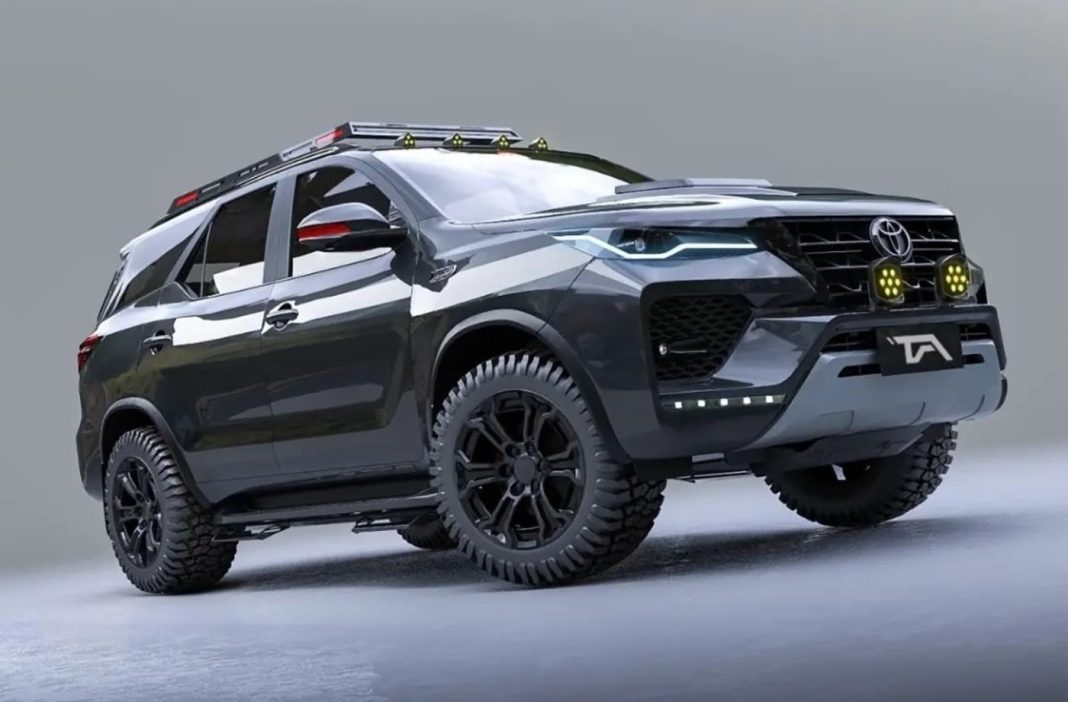 Check out this digitally-rendered Toyota Fortuner, which has been customised into a Dark Edition-inspired model, with off-road mods as well

Toyota Fortuner is an extremely popular SUV in the Indian market, thanks to its handsome looks, powerful engines, bulletproof reliability, and premium brand image. It is available in two versions – standard and ‘Legender’ – with the latter being more premium in terms of equipment and upholstery, while also having a slightly sharper exterior design.

Digital artist Akashdeep Chauhan (@trillionerakash) recently posted a digital customised model of a Toyota Fortuner, named Fortuner Darker, which has been customised into a blacked-out off-road SUV. The vehicle looks absolutely stunning; the SUV sports a gloss black paint job, and we see a completely blacked-out front grille here, along with a silver-finished bash plate.

The ORVMs now get rose-tinted turn indicators, which look quite badass. We also see custom all-black alloy wheels with giant off-road tyres shod on them. Other than that, sidestep extensions/rock sliders have been installed at the sides, making this digitally modified SUV look even more eye-catchy. 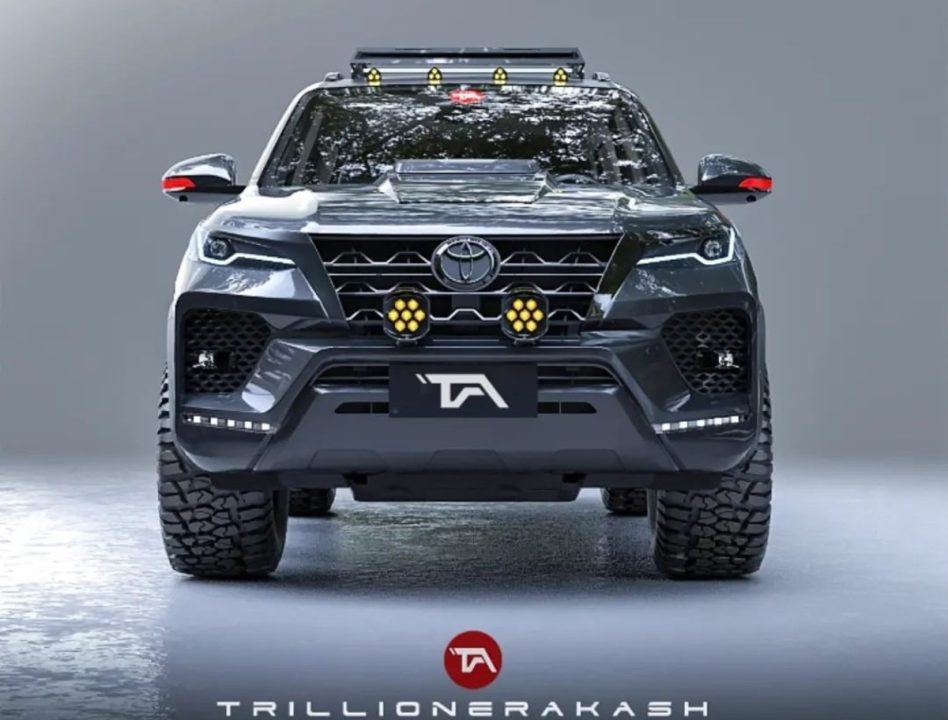 In the Indian market, Toyota Fortuner is available with two engine options. The first one is a 2.7-litre NA petrol motor, which belts out 166 PS and 245 Nm. It can be had with either a 5-speed MT or a 6-speed MT. The second one is a 2.8-litre turbocharged diesel engine, good for 204 PS and 500 Nm (420 Nm on manual variants), which is available with a choice between a 6-speed MT or a 6-speed AT.

While both engines are powerful enough for an off-roader, a 4×4 option is available only with the diesel engine. That makes the oil-burner the better choice for such a build. To be honest, we really like it if this existed in real life, as the butch and muscular look has us captivated.