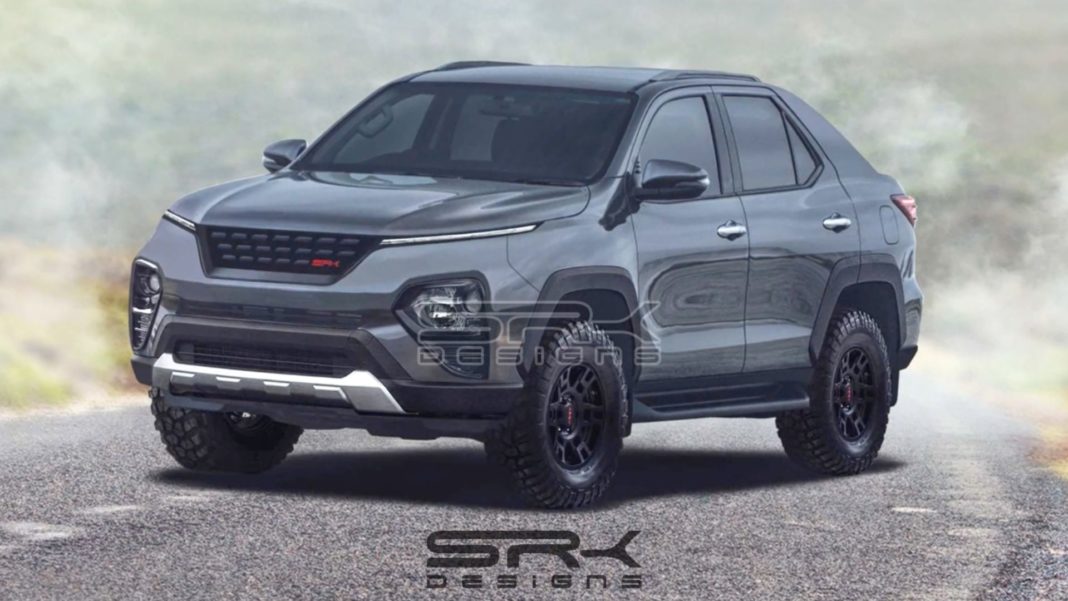 After the launch of BSVI Toyota Innova Crysta, BSVI-compliant version of Toyota Fortuner is expected to launch soon with a 2.4-litre engine

Recently, Toyota Kirloskar Motor (TKM) launched the BSVI-compliant version of the Innova Crysta with a 2.4-litre diesel engine and 2.7-litre petrol motor. The 2.8-litre diesel engine, which was earlier available with BSIV version, has been shelved. The same engine is likely to be even replaced with the updated 2.4-litre oil-burner for the BSVI version of the Fortuner.

While the BSVI-compliant model of the Toyota Fortuner could launch very soon, a new digital rendering imagines a new variant of the SUV that might never see the light of the day. What we’re talking about here is a coupe-SUV version of the company’s hot-selling large SUV. As seen in the rendering we have here, the Toyota Fortuner Coupe is styled on the lines of the BMW X6.

The BMW X6 can be regarded as the one responsible for popularizing the coupe-SUV trend. Today, we even have models like the Mercedes GLE Coupe and BMW X4 that have a similar form factor. A few years ago, even Mahindra showcased a coupe version of the XUV500, though the concept was never pushed into production. Similarly, even this Fortuner coupe will remain just a figment of someone’s imagination and would never see the light of the day.

As seen in the rendering, other than having a coupe-SUV body format, the SUV features several new styling cues that give it a distinct appearance. The front-end gets a more sophisticated bumper that carries a more pronounced skid plate. The original grille has been replaced with a blacked-out unit that is flanked by Harrier-DRLs. Again, like the Harrier, the main beam has been relocated at a lower position, closer to the foglamps.

Even the side profile is a world apart from that of the stock Toyota Fortuner. The original wheels have been replaced with new black-coloured units, while the body arches have been reworked, too. Of course, the rear-quarter section is totally reworked and misses out on the rear quarter glass panel. It also doesn’t get a D-pillar and the C-pillar is more rakes more sharply than before.

Overall, the Toyota Fortuner Coupe is a far cry from the stock model as it has a sportier and a totally different appeal. While there might not exist a large market for a coupe version of the Fortuner, we definitely won’t mind having it on sale in our market. What about you guys?