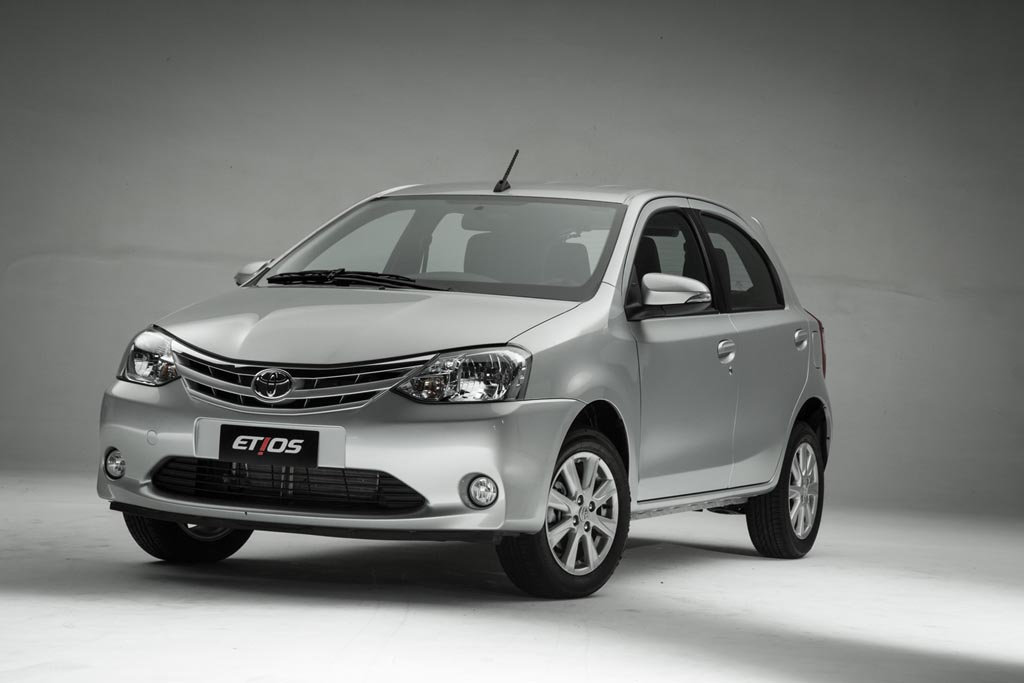 Japanese automaker’s Toyota Etios with New Dashboard has launched in Brazil, the exterior comes mostly without any change although. The only change at the exterior is the new design alloy wheels. Inside the cabin, the Toyota Etios received several updates. Incidentally, the new Toyota Etios comes close to the India spec model. It will be interesting to see whether Toyota introduces a facelift Etios in Indian market as well.

The facelift Toyota Etios gets new features like fresh looking multifunction three spoke steering wheel with control buttons mounted on it. The instrument cluster comes revised. The digital instrument cluster is inspired from the new Toyota Prius. Other features introduced to the new Etios are cruise control, ISOFIX child seat mounts, head restraint and three point seat belt for the middle seat occupant. It retains the sporty complete black dashboard with piano black finishing, and round AC vents. Last year Toyota introduced a 7 inch touchscreen infotainment system to the compact hatchback, which is also retained in the new facelift version.

Technically, the facelift Toyota Etios retains the same engines from the previous model, which are 1.3 litre dual VVT-I and 1.5 litre dual VVT-I flex fuel engines; some changes have been made albeit. To attract the customers Toyota has tuned both the engines to make them more fuel efficient, arguably 9 per cent more fuel efficient than the outgoing model. The 1.5 litre dual VVT-I flex fuel engine now churns out around 107 hp peak power, which means it has received a boost of 10.5 hp. A six speed manual gearbox replaces the five speed manual gearbox in the outgoing model, while there is a four speed automatic gearbox on offer in the latest facelift model.