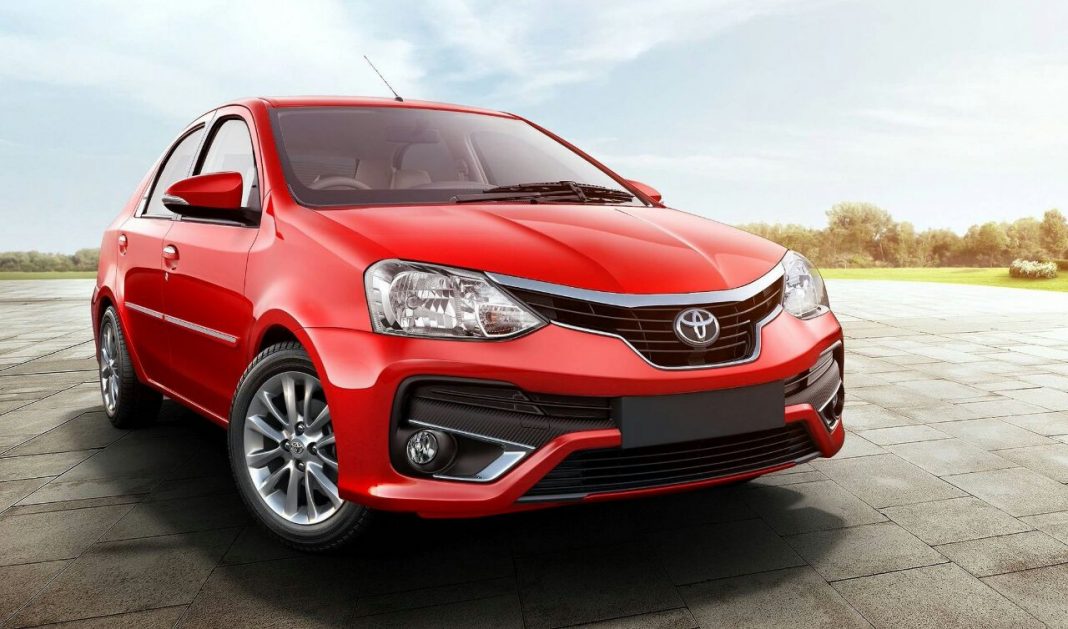 Toyota Kirloskar Motor is largely known for its people carriers like the legendary Qualis and the Innova premium MPV. Despite having all the bells and whistles for a revamped product assault, Toyota has stuck to its guns and built on its strengths so far. For instance, the arrival of the Innova Crysta has been a huge success as predicted as it reinvigorated the premium MPV segment and would have possibly made the mainstream manufacturers to pump in more money for exploring that space.

The Etios twins in the volume segment have not gone well as the Japanese manufacturer would have planned in terms of sales numbers. The largely criticised grey area was the lack of features and uninspiring interior despite the Etios sedan and Liva have had good riding dynamics. Toyota seems to have addressed these issues and heard customers’ complaints as the updated versions of the Etios was launched late last year in India as Etios Platinum priced from Rs. 6.94 Lakh to 8.98 Lakh (ex-showroom, New Delhi).

It can be considered as a revival if you like and here we have listed out the significant changes that included in the new facelift:

The existing generation of Etios sedan and Liva hatchback has been unconventionally equipped with instrument binnacle at the top of centre console. It was an unsettling feature as you cannot see them without having to be distracted from the road. The Toyota Etios Platinum have the same units but they have been improved for further convenience with semi digital combi-meter display. 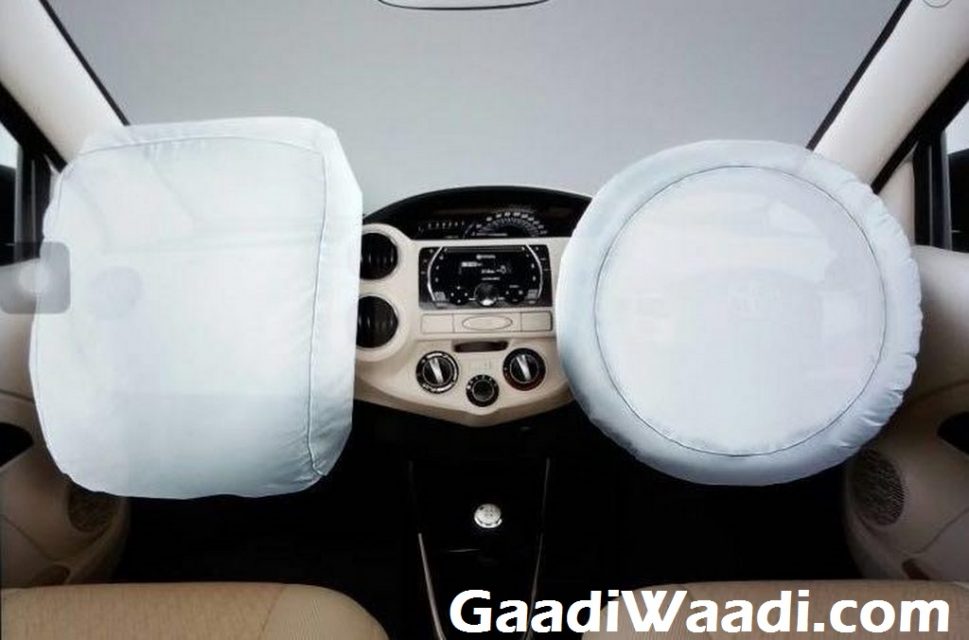 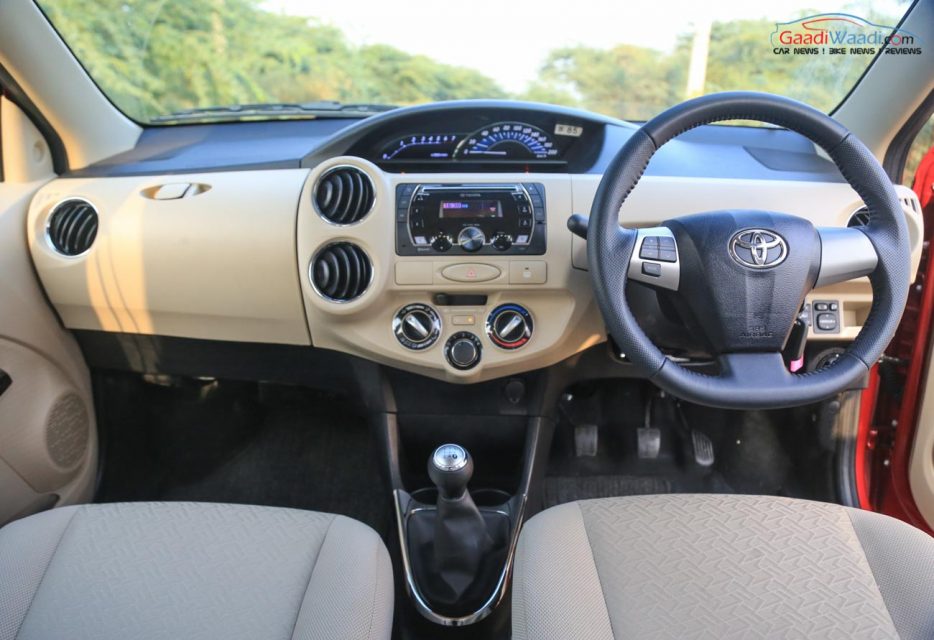 The interior has been given grey and ivory colour combination while the shape of the entire dashboard remains identical to the outgoing model. The Brazilian-spec Toyota Etios Platinum comprises of a touchscreen infotainment system but the India-bound model won’t be having such system and instead the customers have to contend with the 2-DIN audio system with Bluetooth and USB connectivity. 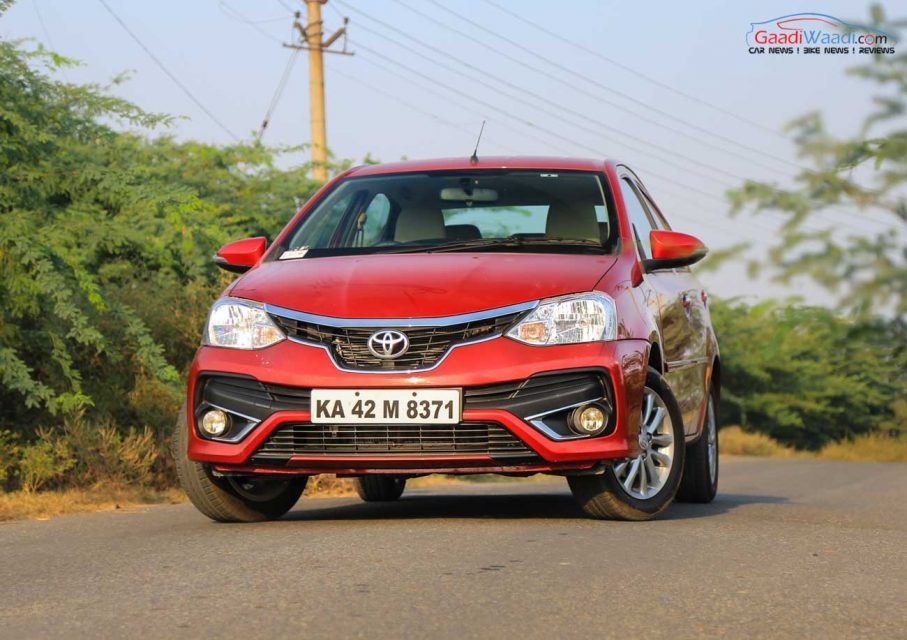 The front fascia of Toyota Etios Platinum demonstrates a sportier outlook compared to the outgoing Etios. It features a new V-shaped grille with black inserts, and chrome embellishments for Etios, alongside an aggressive bumper with larger inlets. The round-shaped foglamps get boomerang-alike chrome accents in the facelifted model. 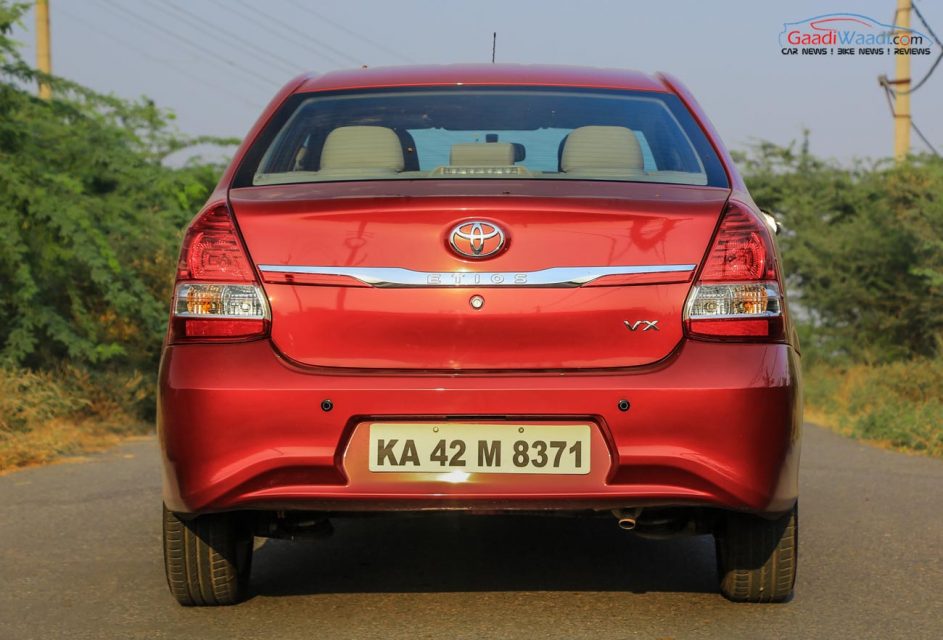 At the rear, you could find the repositioned chrome garnish moved to the middle and integrated the reflectors (only on theToyota Etios Platinum). Much like the front bumper, the lower portion of the rear has slightly been tweaked. The position of the registration plate is identical, so as the integrated boot-lid spoiler. 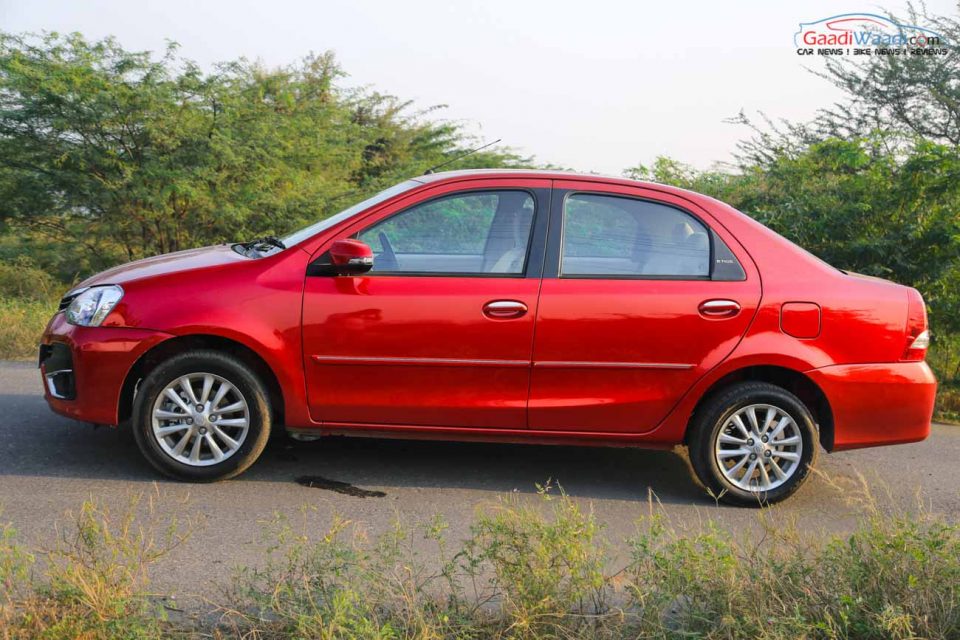 It can be seen from the pictures that the front fascia is the only portion where Toyota concentrated more on Toyota Etios Platinum styling revisions despite the rear-end getting minor influences of modern design. However, the side profile largely stays similar to the outgoing model with a thick strip running in the middle from the front door to the rear and new set of alloy wheels. 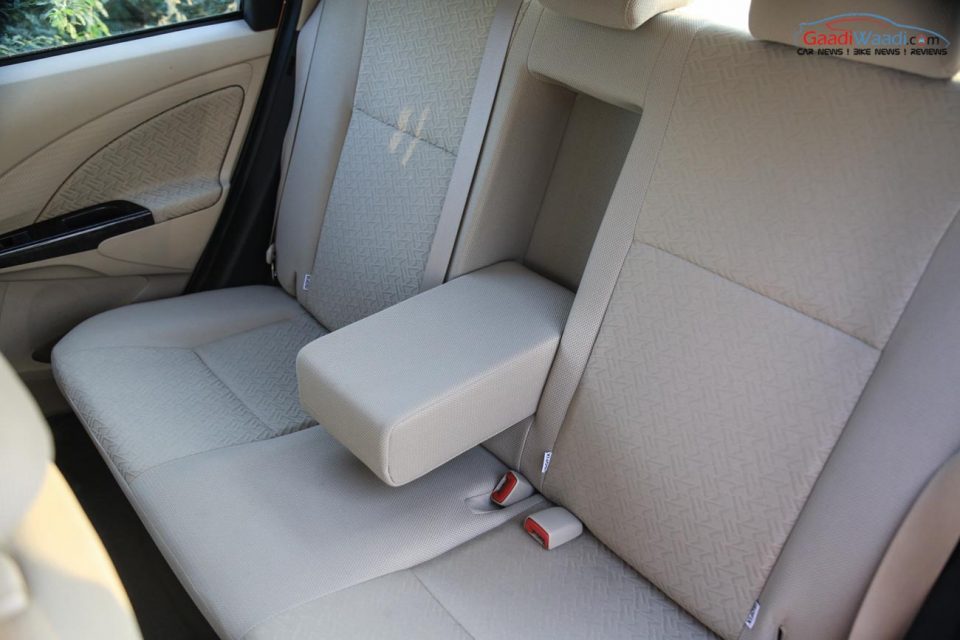 Toyota has made subtle changes on the inside ofToyota Etios Platinum as well as the modified seat fabric is currently in 3D design while the new back seats are now foldable for additional cargo space. The door lock switch has also been changed from GX trim onwards.

The second largest-selling automaker in the world has sought to improve the ride quality and performance of the Toyota Etios Platinum. As a result, the clutch system in the diesel variants has been improved for good response and feedback. In both the petrol and diesel versions, the front shock absorbers have been revised for better ride and comfort.

For the riding convenience of the rear passengers during long drive, Toyota has made available armrest on theToyota Etios Platinum sedan only.

The Toyota Etios Platinum gets electrically foldable Outside Rear View Mirrors are an essential feature in modern day cars. Toyota realised its importance and will offer the top-spec variants with this system. 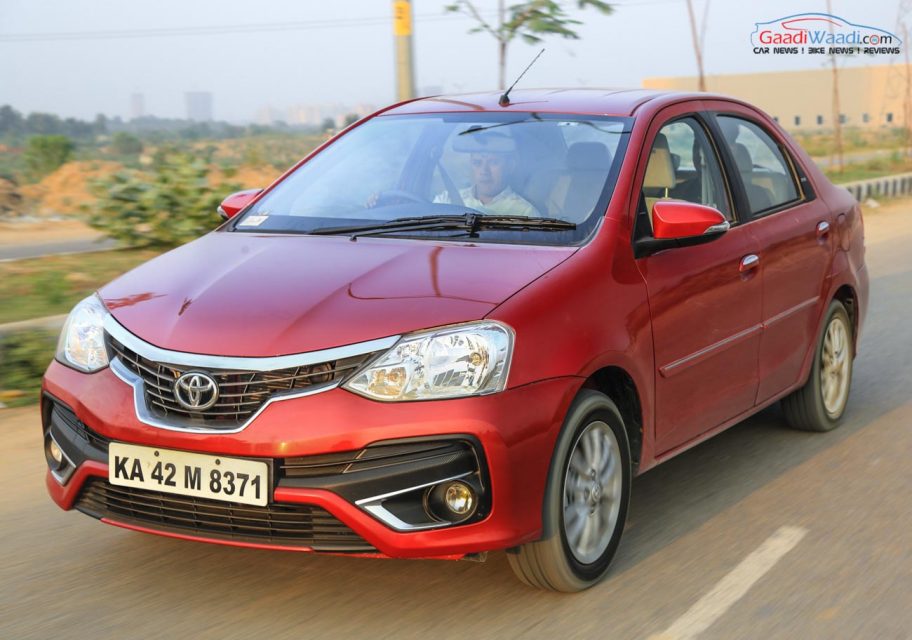