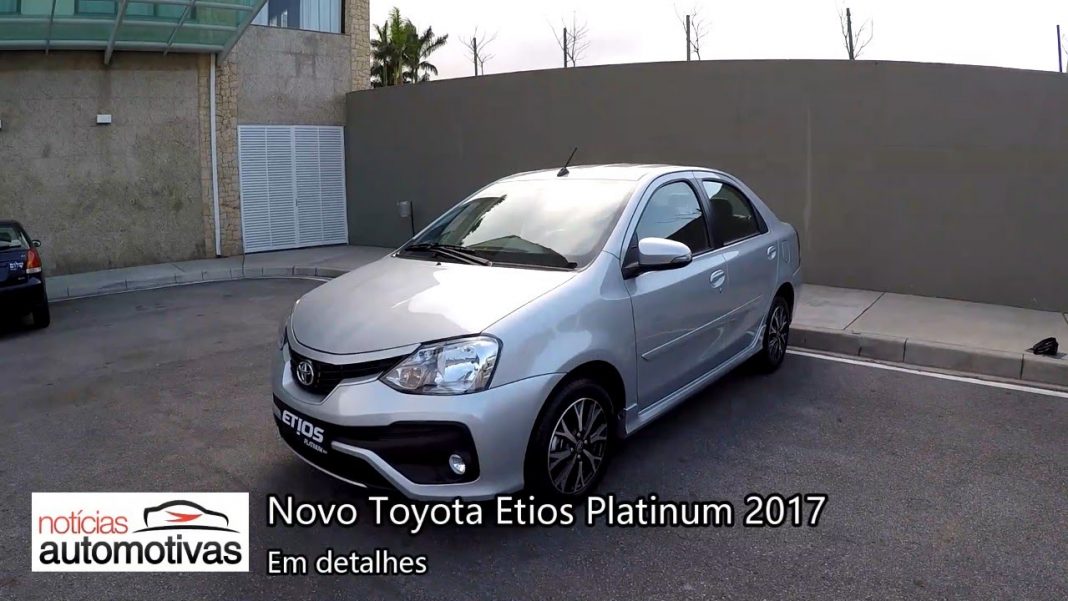 Toyota Etios Facelift Walkaround has been released; it is expected to launch in India market later this year or in beginning of 2017

Toyota Etios facelift has been already spied testing on Indian roads. The car comes with a restyled and appealing exterior design. Both the Etios sedan and hatchback is expected to get facelift. In the meantime, the car has been launched in South America as Toyota Etios Platinum. Noticias Automotivas has posted a walkaround video of the car, which gives us clear preview of the Etios facelift.

As we already reported earlier, the facelift version looks sportier and aggressive compared to the outgoing model. The radiator grille and the front bumper get significant changes. The front grille sports the V shaped flowing appearance with chrome accents, and the brand logo at the centre. The front bumper comes with larger air intakes, and round fog lamps. Also it sports a faux silver skid plate. At the side profile the car features 15 inch diamond cut alloy wheels, side turn indicator integrated ORVMs. The side skirts enhance the sporty appeal of the car. The rear dons a subtly redesigned bumper and lip spoiler. The interior of the car retains the silhouette of the outgoing model. But slight changes have been made to make it look more upmarket.

Up front the cabin sports a new multifunction steering wheel and digital instrument cluster. Both of these have been inspired by the new Toyota Prius. Additionally, the centre console comes with a piano black trim around it. The upholstery fabric has been updated as well. Toyota claims, the new facelift version comes with reduced noise and the ride quality have been improved as well. Also the car gets electric assisted steering system.