Toyota Kirloskar Motor is expected to introduce a new compact crossover based on the upcoming Maruti Suzuki Baleno Cross next year in India. The Baleno Cross (internally codenamed YTB) will make its global debut at the 2023 Auto Expo in January before going on sale in the following months. At the motor show, Toyota will also have its presence felt with the likely launch of the Innova Hycross.

The Japanese manufacturer is said to not likely launch the new generation Urban Cruiser anytime sooner. Thus, the speculated sub-four-metre crossover could help in garnering more volume sales. It is believed to debut in the second half of the next calendar year and could have several commonalities with the Maruti Baleno Cross.

Here we have rendered images of the Toyota compact cross based on the design elements of the latest Yaris Cross sold in the international markets. In recent months, we have also seen the test prototypes of the Yaris Cross on Indian roads. The front fascia of the digital render shows a prominent grille section and wide headlamps with integrated LED DRLs. 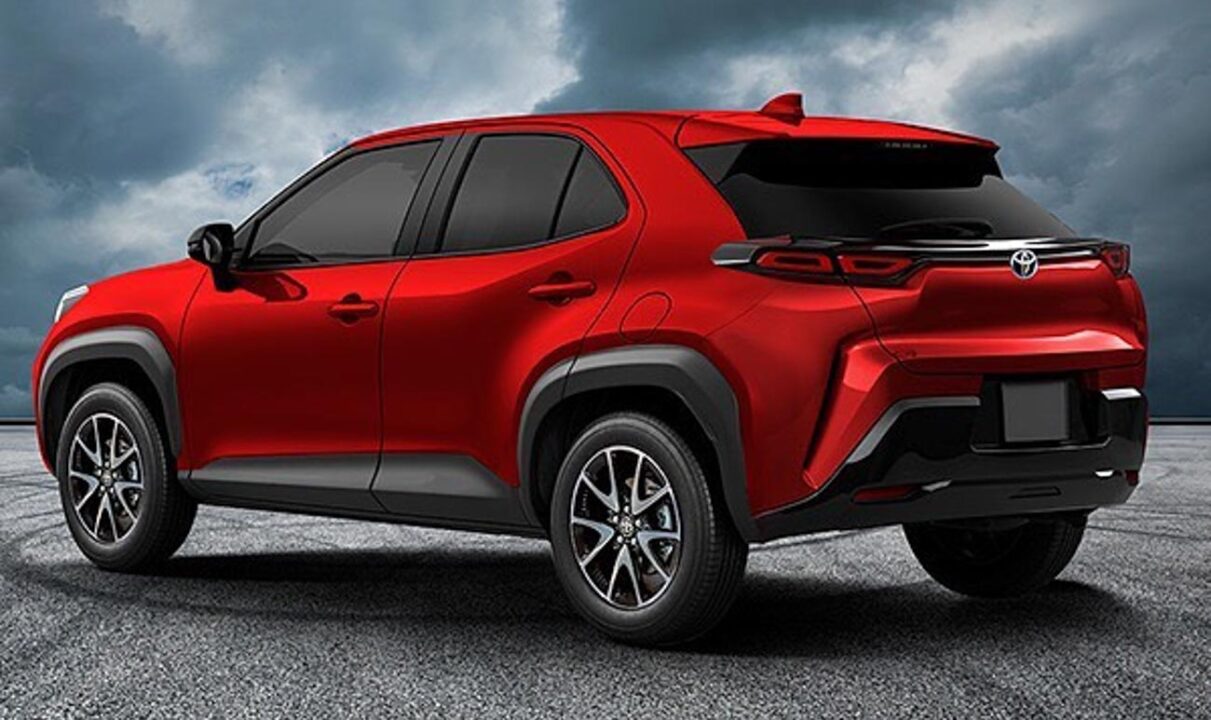 Since Toyota has trademarked the Taisor name, it could be used for the upcoming model. It will likely be powered by a 1.0-litre three-cylinder turbocharged petrol engine producing a maximum power output of 100 PS and 150 Nm of peak torque as in the Baleno Cross (YTB). The 1.2-litre petrol or the 1.5-litre mild-hybrid petrol found in Maruti’s stable could be utilised.

Based on the Heartect platform, it could have a lot in common with the latest Baleno inside the cabin. The equipment list is expected to boast a nine-inch touchscreen infotainment system, a 360-degree camera system, a HUD, six airbags, automatic climate control and so on.