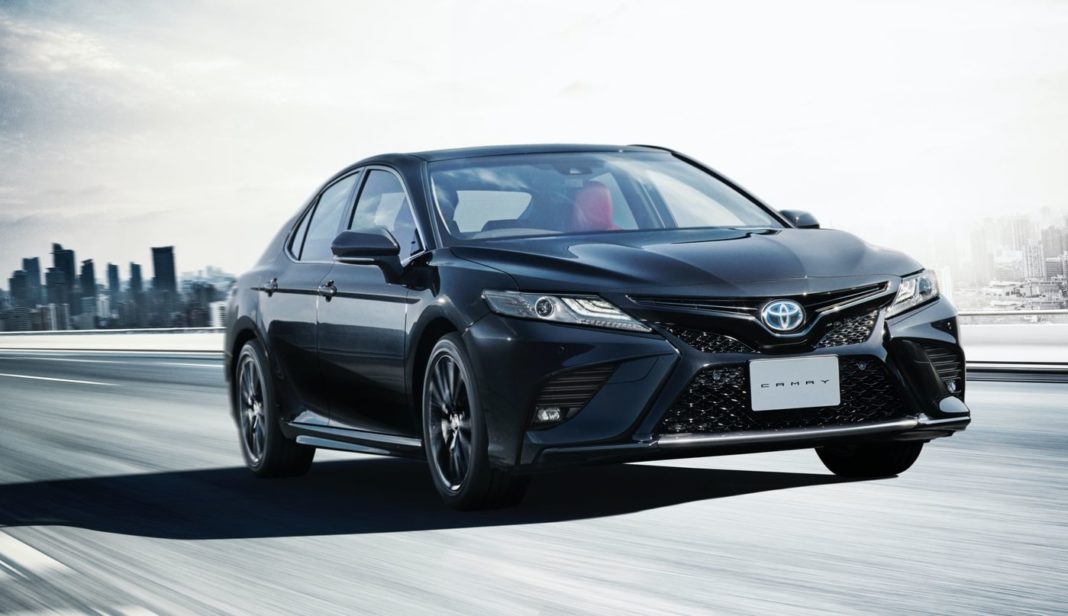 To commemorate the 40-year run of the Camry, Toyota has launched its new ‘Black Edition’ version in Japan

To commemorate the 40th anniversary of the Camry, Toyota has introduced a new ‘Black Edition’ model of it in its home market, priced at 4,208,000 yen (~ Rs. 29.8 lakh) for the front-wheel-drive variant, going up to 4,406,000 yen (~ Rs. 31.2 lakh) for the four-wheel-drive model. Previously, the Japanese carmaker had also unveiled the Toyota RAV4 Hybrid ‘Black Edition’ in the European market.

The obvious change in the ‘Black Edition’ over the regular model is the presence of blacked-out elements, including the roof, the A-pillar, B-pillar, and a part of the C-pillar. There is a black spoiler integrated into the boot as well, which adds a sporty touch to the exterior. There are three exterior paint options offered – Precious Black Pearl, Platinum White Pearl Mica and Emotional Red II.

You get 18-inch dual-tone alloy wheels and a Lexus-like ‘Spindle-shaped’ front grille. The headlamps and tail lamps also feature smoked extension decorations, and the car also features side skirts, a faux lip spoiler, and a fake rear diffuser. The rest of the exterior styling remains the same as a regular Toyota Camry. 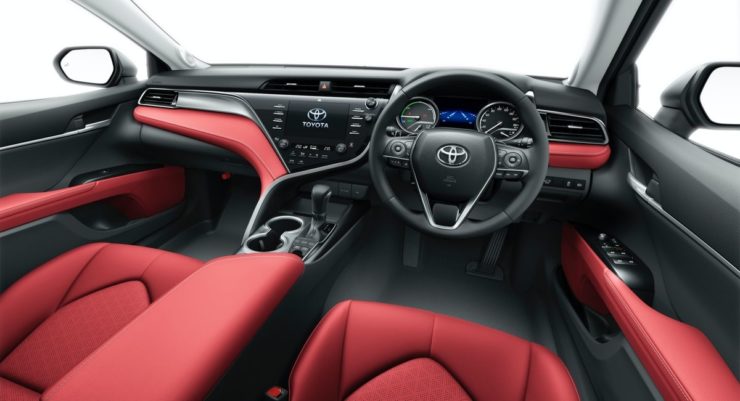 Inside the car, we see a beautifully laid out cabin with a dual-tone colour scheme – Grey/Black or Grey/Red. The door handles, door-integrated armrests, dashboard, the centre armrest, and the seats are all leather (red or black), which make the interior feel extremely upmarket. As the ‘Black Edition’ model is based on the Toyota Camry’s range-topping ‘WS’ trim, the equipment level is also quite impressive.

There have been no changes to the mechanicals of the Black Edition, as it is powered by a 2.5-litre petrol/electric hybrid powertrain as the regular Camry hybrid, paired to an eCVT. The petrol engine can generate a maximum power of 178 PS and 221 Nm, while the electric motors can produce 120 PS and 202 Nm by itself. The combined power output, however, is only rated at 208 PS.