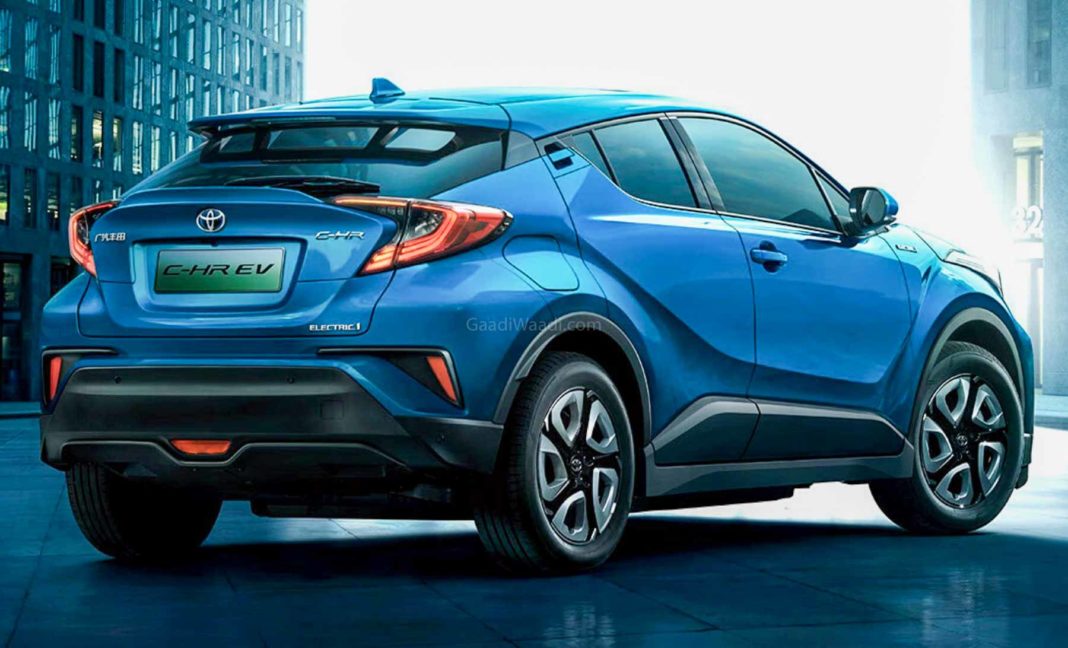 Toyota C-HR EV can be replenished back to 75 per cent in just around 50 minutes using a fast charger; competes against Hyundai Kona Electric

At the opening day of Auto Shanghai 2019, Toyota announced the premieres of electrified C-HR and Izoa. One year after their debut, the C-HR EV has become the first zero-emission mass-produced vehicle to go on sale in China under the Toyota brand. It will be offered in five different variants with a price range between $31,870 (Rs. 24.22 lakh) and $35,357 (Rs. 26.87 lakh) (including government subsidies).

The launch is part of Toyota expanding its eco-friendly products as it has set a sales target of more than 5.5 million electrified vehicles globally by 2030. The Toyota C-HR EV comes equipped with an electric motor capable of 201 horsepower and a 54.3 kWh Li-ion battery pack. It is claimed to have a driving range of 400 km on a single charge in the NEDC cycle.

The electric crossover can be charged back to 75 per cent from empty in just around 50 minutes using a fast charger. It must be noted that the C-HR EV has been priced highly competitively against the likes of Tesla Model 3 but that costs $42,209 in the People’s Republic. The direct rival for C-HR EV in China is undoubtedly the Hyundai Kona Electric, which is already on sale in India. 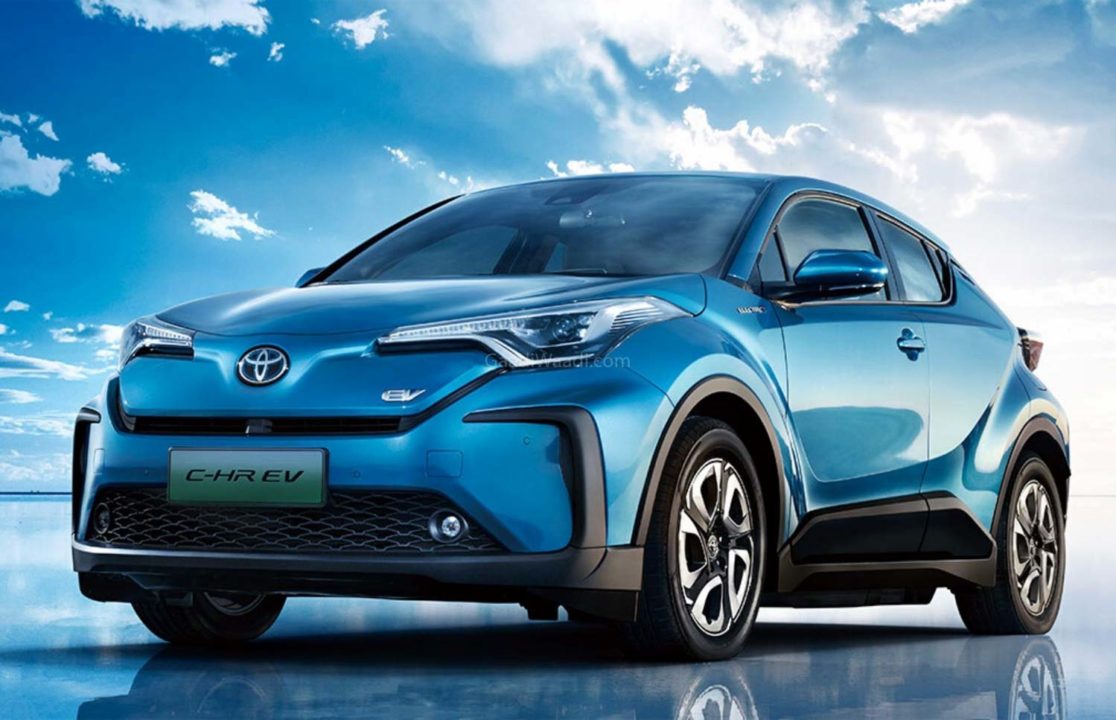 As for the exterior, the Toyota C-HR EV resembles its IC-engined sibling in plenty of ways as the eccentric crossover styling and the sporty cuts and creases remain. However, the differences can clearly be seen as it apparently does not have an exhaust system and the ‘EV’ as well as ‘Electric’ badges are grafted across the bodily surfaces. Due to the presence of the battery pack and associated systems, the C-HR EV weighs 270 kilograms heavily than the standard C-HR. 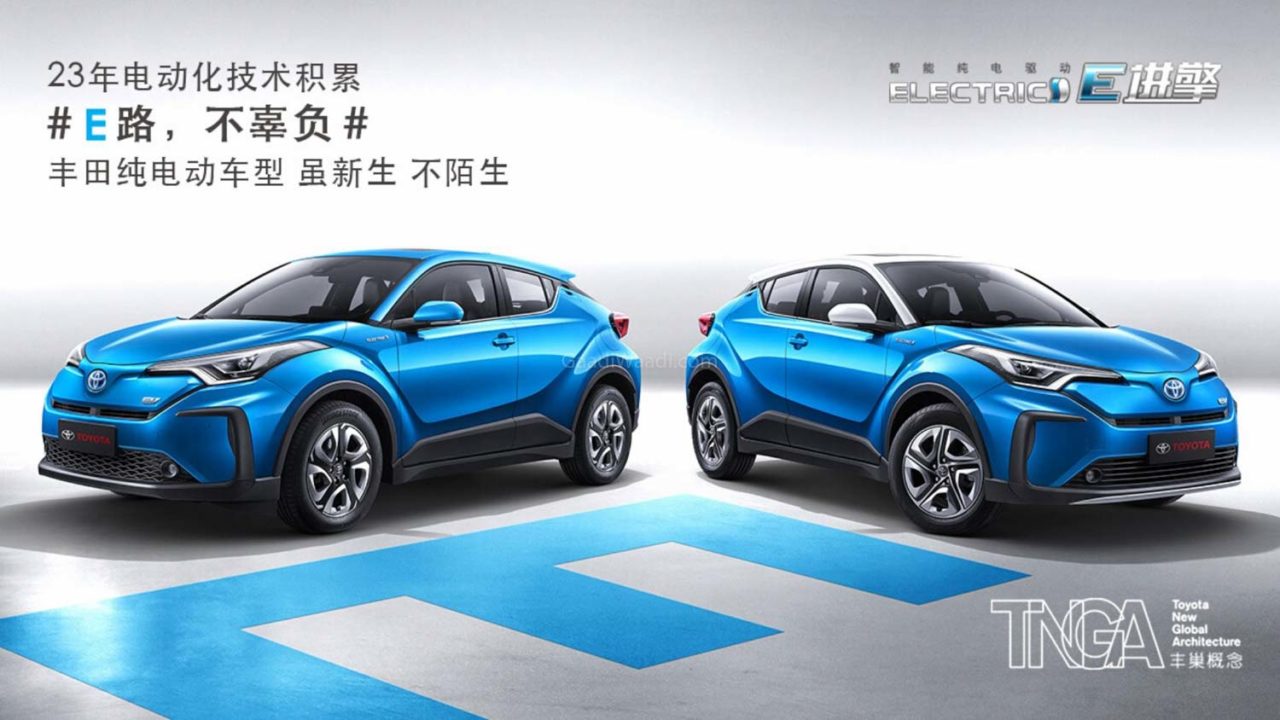 The battery pack is mounted on the floor and electric motor underneath the bonnet. The latter sends power to the front wheels. The design highlights include sweptback headlamps, new lower grille and bolder bumper, coupe roofline, raised rear portion with horizontal LED tail lamps, and smaller sized tyres compared to the standard C-HR for reducing rolling resistance.