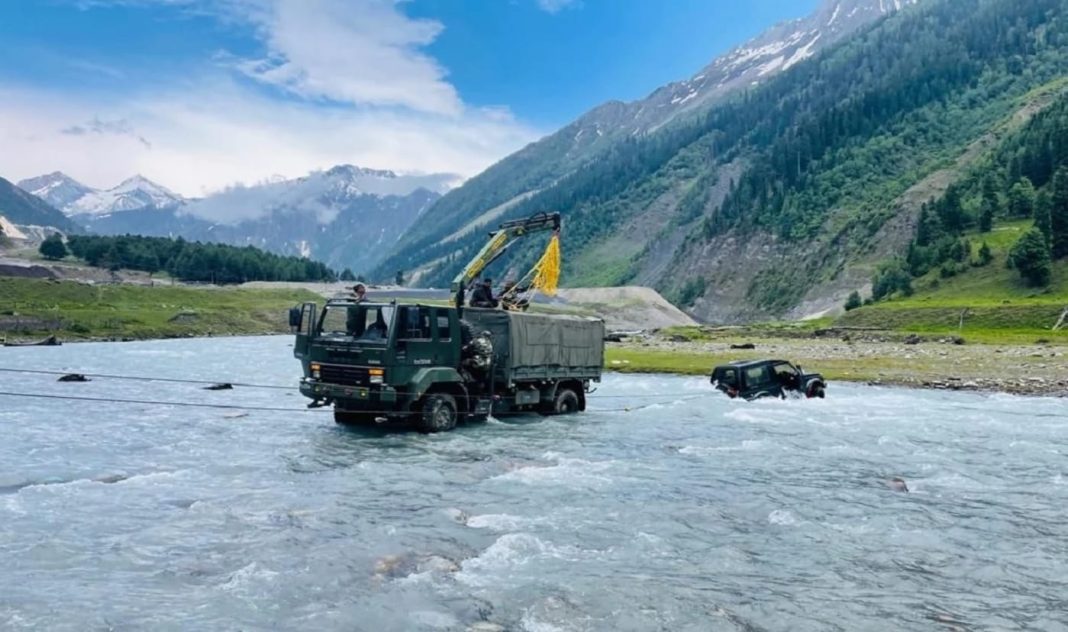 In a recent incident in Sonamarg, J&K, four tourists were rescued by the Indian army after their vehicle got stuck in the Sindh river

In a recent incident in Sonamarg, Jammu & Kashmir, four tourists drove their vehicle into the Sindh river and got stuck there. They were then rescued by the Indian army, and the video of the incident has gone viral on the Internet. In the viral clip, an Indian army truck with an integrated crane arm can be seen performing the rescue operation.

The tourists apparently drove their Maruti Gypsy into the river, attempting to cross to the far bank However, they had too much faith in their vehicle, and ended up stuck in the middle of the stream. Thankfully, they were rescued without any injuries or mishaps. It is quite common for people to get hurt or worse at popular tourist locations.

The flow of the river was quite aggressive, as seen in the video, with water gushing through the inside of the vehicle as well via the open doors. The SUV is stuck quite badly, and the tourists are lucky to have escaped unhurt. Although Maruti Gypsy is a great off-road vehicle, crossing a river with a rocky bed requires a lot of driving skills.

Plenty of Indian tourists have overestimated the abilities of their vehicles in the past. There are plenty of videos online of people driving their vehicles on a sandy beach and getting stuck or tipping over. We’ve seen a lot of vehicles get stranded in other rivers and forests as well. If planning to go off-road, we advise readers to always take experts along on the ride.

It should also be noted that driving in a river or other ecological systems is quite damaging to nature. Ditching a vehicle in a waterbody is worse, as oil spills hurt both plant and animal life. It is best to keep off-roading adventures limited to approved trails. 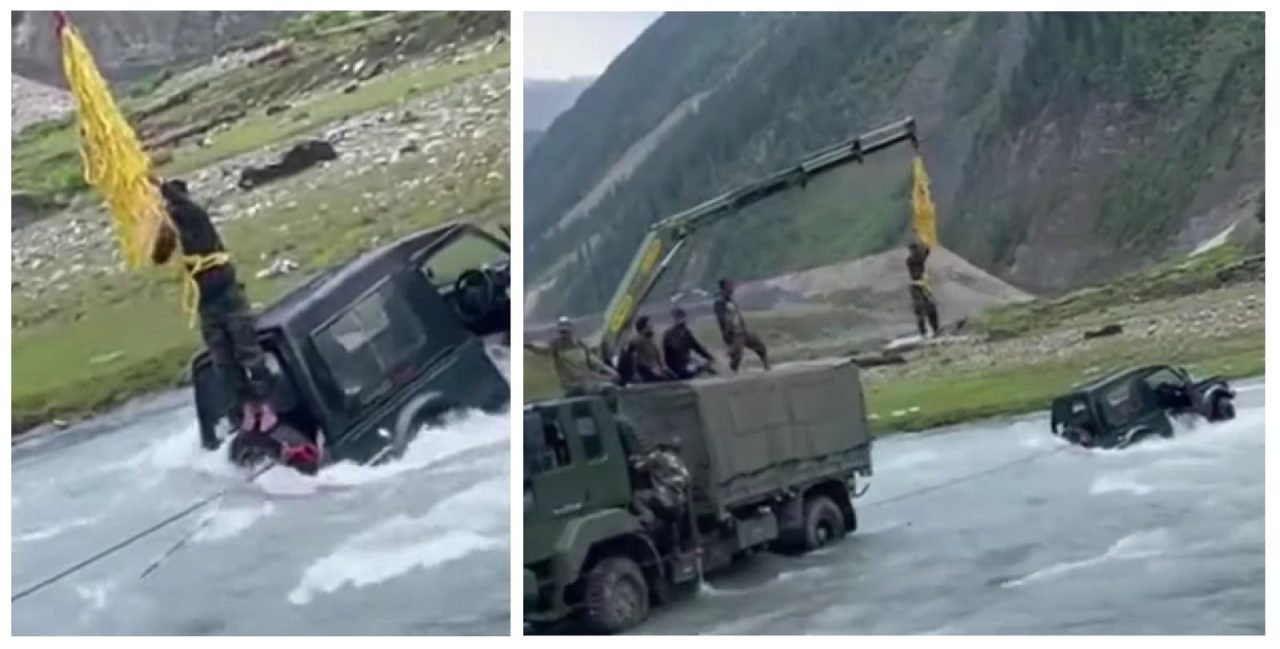 Maruti Gypsy is one of the most iconic vehicles ever sold in India. Based on the second-generation Suzuki Jimny, it was first introduced in our market back in 1985 and it remained in regular production till 2018. After that, it was discontinued in the domestic market.

In 2019, the manufacturer restarted the production of Gypsy, exclusively to fulfil orders for the Indian army. Interestingly, Maruti Suzuki is planning to launch the latest-generation Suzuki Jimny in India soon.