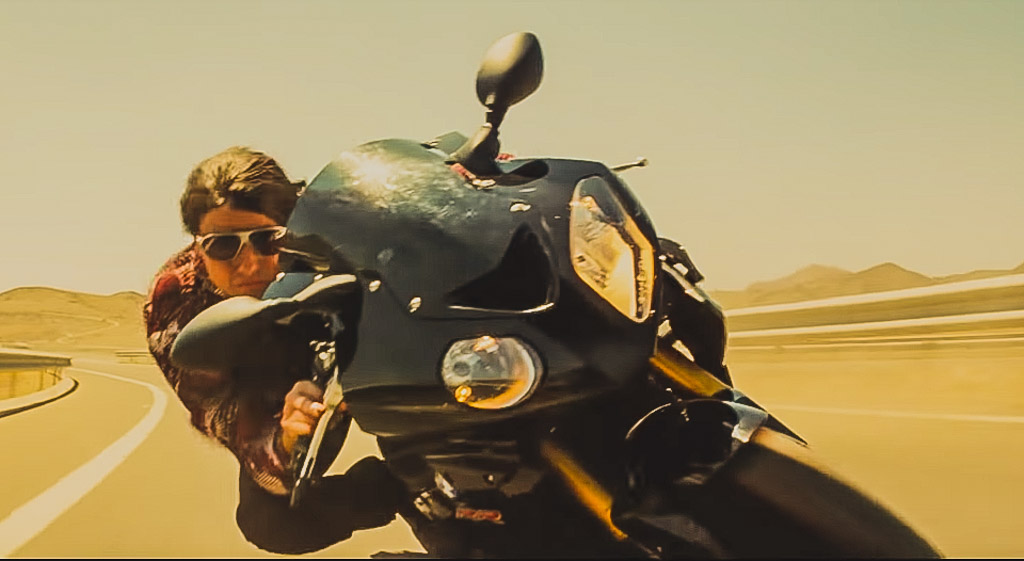 We take a look at some of the iconic motorcycles ever to grace the Mission: Impossible franchise here!

If you are a petrol head and haven’t heard of Ethan Hunt, you would probably want to reconsider yourself. Apart from the fact that Mission: Impossible series is one of the highly sought after Hollywood blockbusters of all time, it has more to offer for thrill seekers and of course hardcore motorcycling enthusiasts.

The newest part of Tom Cruise’s Mission: Impossible series was released a few days back and as you might have guessed it, there is no shortage of action-packed events throughout the run time to keep you on edge of the seat. The adrenaline thumping motorcycle stunts are for audience to behold and with our international spy Ethan Hunt having a love affair for them, it only gets interesting every single time.

We take a look at some of the iconic motorcycles ever to grace the Mission: Impossible franchise in our new series called ‘Break The Bank’ list. Hmmm, I just made it up!

All hail a stunt that is synonymous with Mission: Impossible series but would be hard pressed to be a reality. Who cares? Because Ethan Hunt is known for his superhero bombardments while being a regular human being and I hope that makes sense!

The Triumph Speed Triple and Daytona 955i were all the rage popping wheelies and doing what they are good at. The action sequence had everything and you would be lost for words at situations. As an early ‘90s kid it was mouth-watering to say the least, and made me think that it was a shame to opt for BMWs after all.

It was the year 2000 when Daytona was on top of its game and the Street Triple reiterated why it’s popular till now with its signature naked attire.

Let’s face it, the Mission: Impossible III rose eyebrows as it wasn’t spectacular for motorcycle chases as usually had been. A 2005 Triumph Bonneville made the hit list, however, for its appearance in the movie. One of the two customised Bonneville Scramblers performed in the installment was auctioned by Bonhams for around 30,000 USD.

Perhaps the most badass scene of them all? Yes, the franchise’s fifth installment took the chasing a couple of notches higher, and keen to make an impact Tom Cruise who notoriously does pretty much all of his daring stunts by himself, did something spectacular.

The Ethan Hunt role would not have suited anyone else better as he was in a precarious position of falling off a moving plane once, capped off by a realistic motorcycle chase scene.

Mission: Impossible and BMW allied for the first time and in the process a BMW M3 was destroyed in no time. In the middle of a Moroccan desert, Tom Cruise took advantage and jumped on to a blacked out BMW S1000RR as the chase continued on for long with the might Beemer showcasing its ferocious potential.

The latest part in the Mission: Impossible series is the Fallout and we cannot end this list without making an impactful mention of it. This time around, Ethan Hunt finds himself in the middle of another bike chase in Paris on the BMW R nineT scrambler.

The bike’s paint scheme and the overall chase theme were a perfect match. It was realistic and all the more bonkers as credits have to be given for the stunt as well as camera crew, and Tom Cruise apparently for being resilient.

Mission: Impossible Fallout may not enjoy the box office success its predecessors have. But, hey, we are in for more from the franchise by the looks of things and I’m starting to fancy the next stunt sequence already!