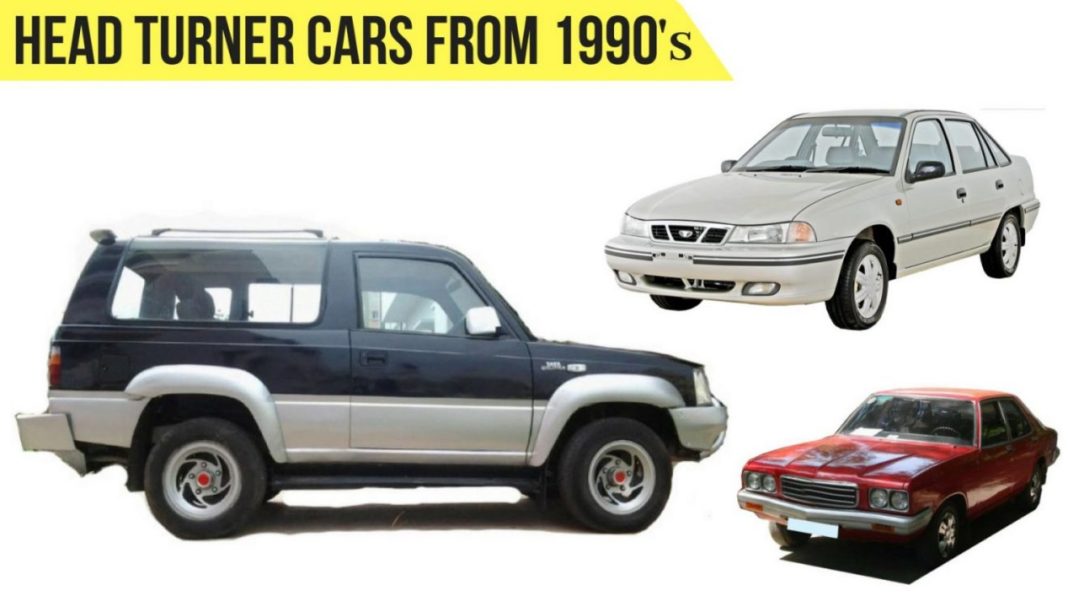 Cars have been an integral part of people’s lifestyle for too long and when the trend changes, automakers respond by launching new vehicles. Through the years, there have been cars that came and went in a blur while others survived the test of times and remained icons. Here we have listed some of them from the 1990s to help you revisit your past: 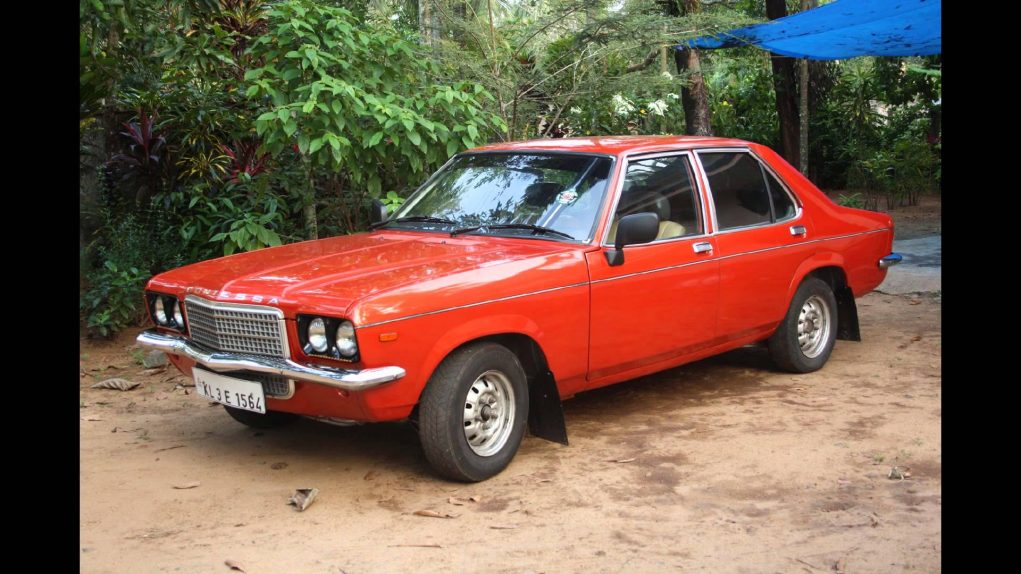 The Indian muscle car with a long hood and a sharp vintage profile flaunting itself for every customisation thrown at it was produced by Hindustan Motors between 1984 and 2002. It was revered for its stance as much as performance, and considered by many as a wet dream having had an outright profile of the Mustangs and Corvettes.

The Contessa was indeed based on the Vauxhall VX Series of 1976-78 and a development of the Vauxhall Victor FE. Graced India in 1983, it was one of the few locally made luxury cars and was a competitor to the Standard 2000 that had a short stint and Premier 118 NE. The Contessa was also a favourite choice for government authorities.

The Safari’s predecessor did what it was assigned to in the first place by bringing Tata into the mainstream frame of domestic carmakers. Based on the Tata TL pickup truck, it can be credited with being the first Indian vehicle to be designed and produced locally.

It was a revolutionary product from Tata and featured many firsts like power windows, adjustable steering, power steering, tachometer, etc. Before Tata pulled the plugs off the Sierra in 2000, it had a rich legacy of being an authentic off-roader even a family conscious buyer could use and was powered by the powerful turbo and non-turbo engines.

Just like Tata Motors pulls out all stops by bringing quirky vehicles, the Estate was ahead of its time and had many features its similarly priced rivals did not have. It was the first attempt from Tata to be a genuine passenger car manufacturer and the station wagon’s design was conceptualised based on the T-Series Mercs of that time.

Despite its advanced nature, it had a fairly short stint in the market and was rolled out between 1992 and 2000. The Estate was developed from the 207 pickup’s platform and it had a shaky start plagued by mechanical and electrical gremlins before they were eventually fixed. It still remains as an iconic Indian vehicle and has a special beacon yet to be filled by others. 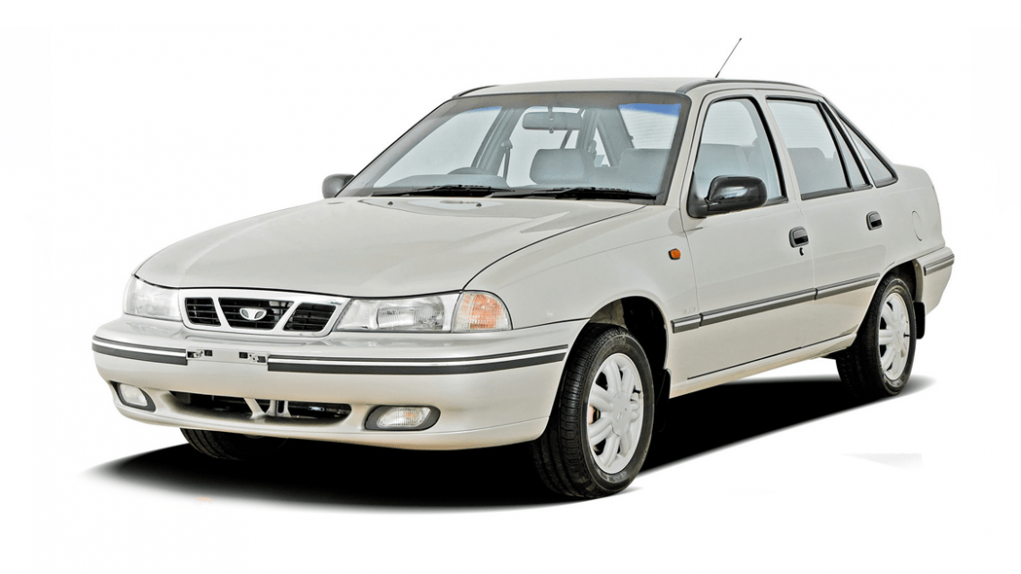 The Cielo had big shoes to fill as it was the descendant of second-generation LeMans. It was produced in India before the Korean company went bankrupt. General Motors did not bother taking over the plant in Surajpur near Delhi and it resultantly liquidated. It was axed in South Korea as well after the arrival of Daewoo Lanos.

However, its short yet memorable years in India were for the enthusiasts to drool about. The no-frills attitude complemented by the beautiful three-box appeal stayed as a major selling factor and it is one of the cars hitting a gong on your head when thinking about the golden ‘90s period. 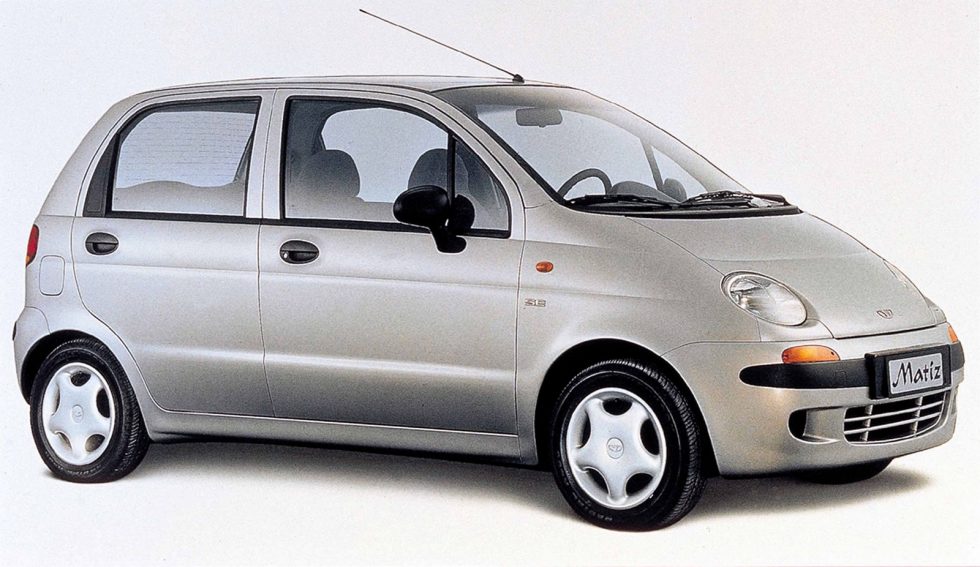 The Matiz’s departure in India was largely down to the bankruptcy of Daewoo. Amidst its cutesy looks, it had good enough interior space for occupants compared to the rivals of its time. Its engine, although not peppy, was a decent 800 cc for its class.

It was fuel-efficient and some still consider it as a better prospect than the Santro that came along. With General Motors quitting India at the end of last year, the hopes of a Matiz reincarnation went in vein. 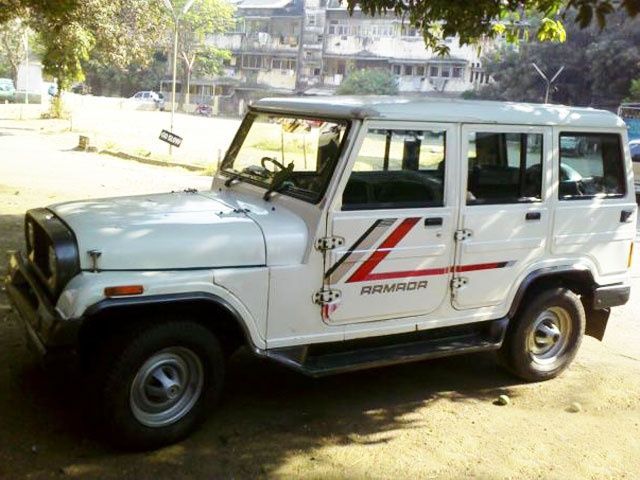 Like a fleet of warships the name suggests, Mahindra Armada defines what the homegrown brand is all about. It was a stepping stone for Mahindra becoming the largest UV manufacturer in the nation. The Armada has a huge fan base mainly for its upscale nature when it first came out and its birth through the Jeep family of the 1950s.

More suited for driving on conventional surfaces, the Mahindra Armada wore a traditional SUV body with flat bonnet structure, horizontal slats and round-shaped headlamps. Different derivatives of the Armada were made available through its life span including the haulers and the Grand version went on sale in 1998 as the most luxurious within the range. It paved the way for Bolero becoming one of the successful UVs ever produced in India. 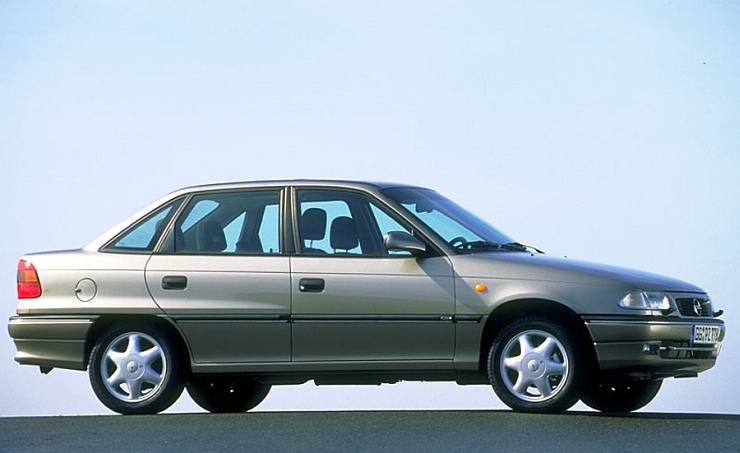 When you think about the Astra, it is hard to overlook its gorgeous body and a stylish interior its foregone compatriots never had. The compact car had been a jewel in the crown for Opel in the international markets as well and was sold under Vauxhaull, Holden and Buick badges too.

In India, the Opel Astra was assembled in a joint venture with the Birla Companies from 1996 to 2002. Due to financial troubles, the brand discontinued four years later from the market and was replaced by Chevrolet. During its short tenure of six years, the compact car won over enthusiasts in aplenty. The Astra name reigns on in global markets under Vauxhall but it is unlikely to reach make a comeback for the foreseeable future. 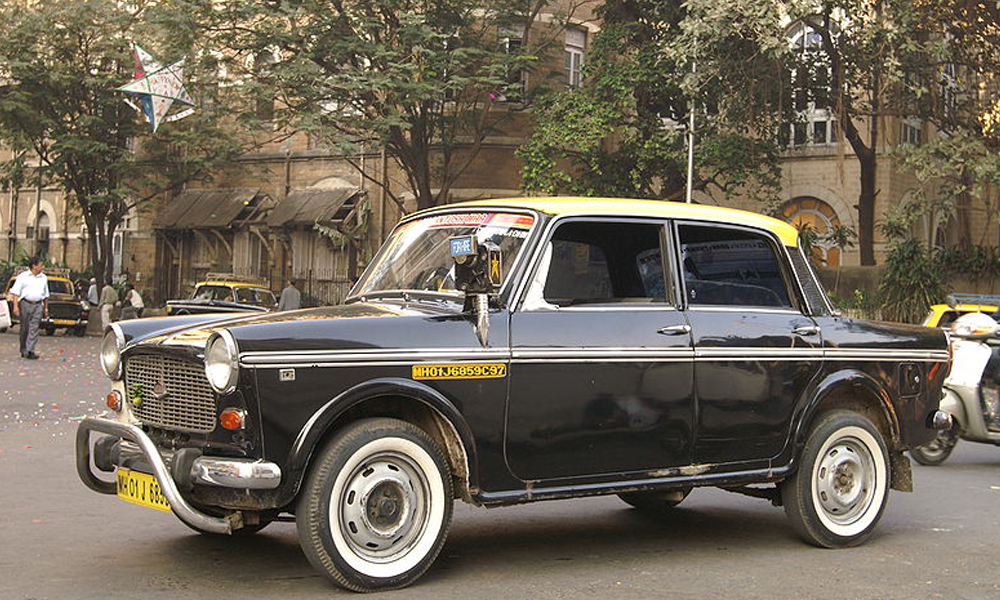 Premiere Padmini was the darling of the ‘70s and kept its head through the ‘80s before attaining legendary status. There was a time when almost every top cine star in India owned a Padmini. Its cult status remains alive even today courtesy of the numerous owner clubs across the country.

Named after a 14th century Rajput princess, the Padmini stayed in production between 1970 and 1998. It used Fiat’s small capacity 1.0-litre engines mated to a four-speed manual transmission and had a lovely exterior. It was the premium choice of picking for many wealthy owners and continues to be a car you would not want to miss for a heartbeat. 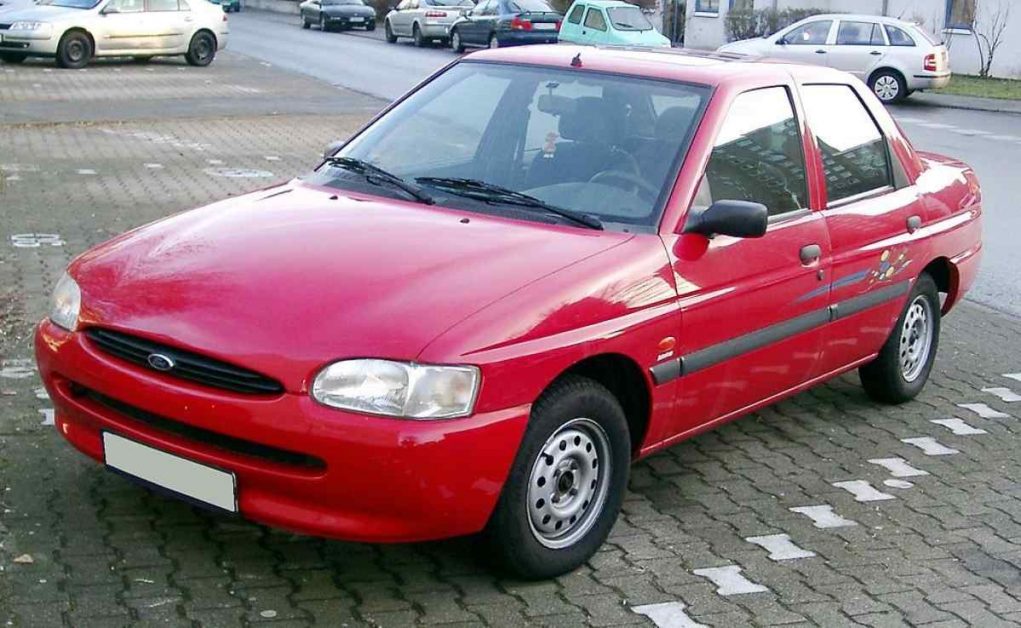 Having had half a decade spell, the Escort encountered a rocky tenure in the domestic space and was hampered by several technical problems. But the people, who owned them for long and spent good enough time to appreciate the vehicle, tell other stories. Yes it wasn’t perfect, just as many cars we have in this list, but the owners had an inherent feel for it making it another classic. 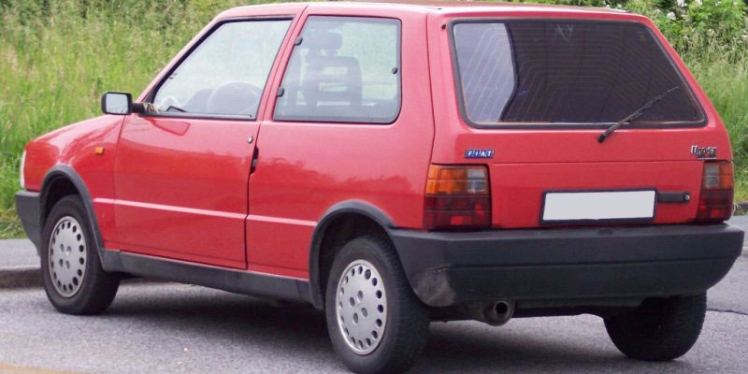 The Uno was the eighth most-produced automobile platform in the world with a span of over two decades. In India, the mini hatchback had a decent start to its volume before fading away due to poor dealer count at that time.

Nevertheless, the Uno went toe-to-toe with the Maruti 800 and had the looks and nimble performance to stake a claim. It was on sale for six years and still being perceived as one of the best models ever to come out of Fiat’s stable in India. 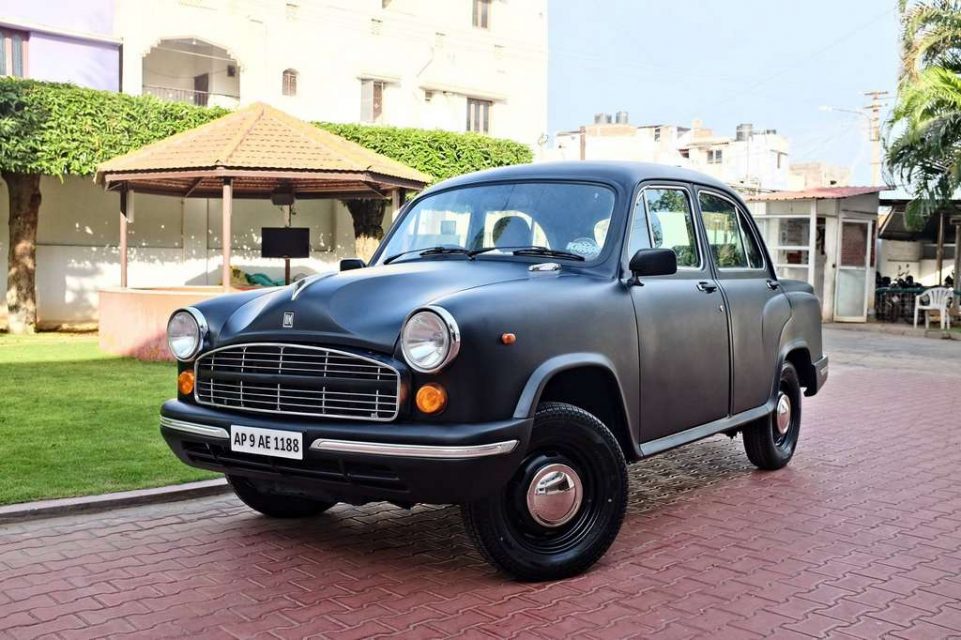 The workhorse that fitted the bill perfectly for India throughout its lifespan and can still be found on urban roads more often than not. The Ambassador paved the path for our auto industry when roads were almost never existed and it has been used for a variety of purposes. Some owners adore it so much that you could still find Ambassadors preserved in their fond garages.

It had a production run of 56 years from 1958 to 2014 and the branding rights were sold to PSA Group last year, prompting a revival in the near future. The Ambassador’s timeless curves from the Morris Oxford series stayed through its different generations and it etched an unassailable place in the history of Indian automotive industry.