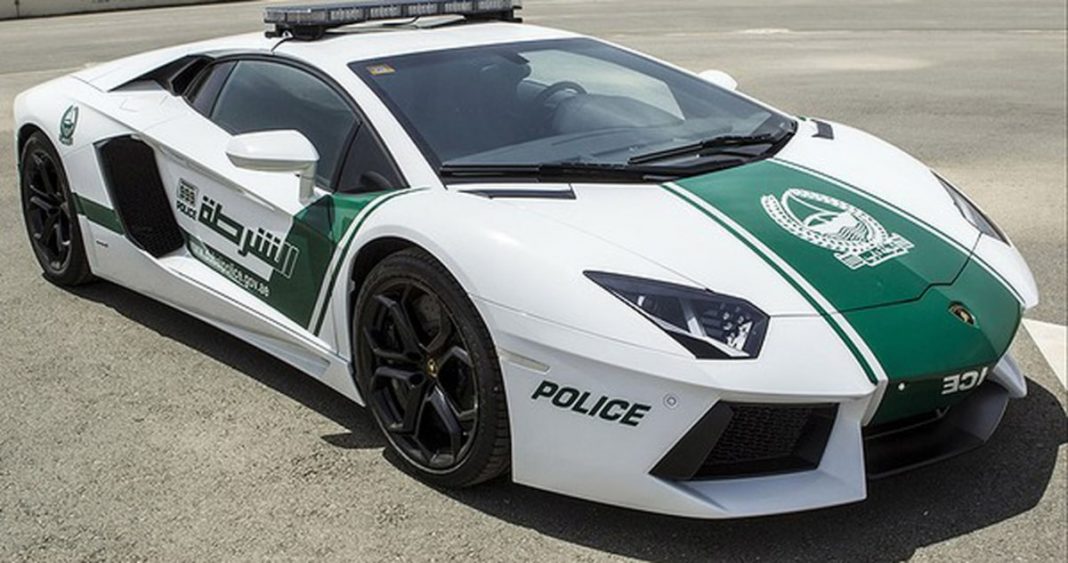 Dubai Police department has some of the best vehicles money can buy, and here, we present our pick of the top seven

Dubai is a land of excessive riches and luxury, and its police department is famous around the world for its brilliant car collection, which consists of some of the most desirable sportscars, supercars, and even luxury cars out there. Ferraris, Lamborghinis, Bentleys, etc, are all part of the outrageous car collection the law enforcement has there.

Here, we take a look at the top seven most exciting vehicles that are a part of the Dubai Police department in 2021.

Genesis GV80 is the newest addition to the Dubai Police garage. Interestingly, the Genesis luxury SUV is relatively tame compared to other vehicles used by the law enforcement there. 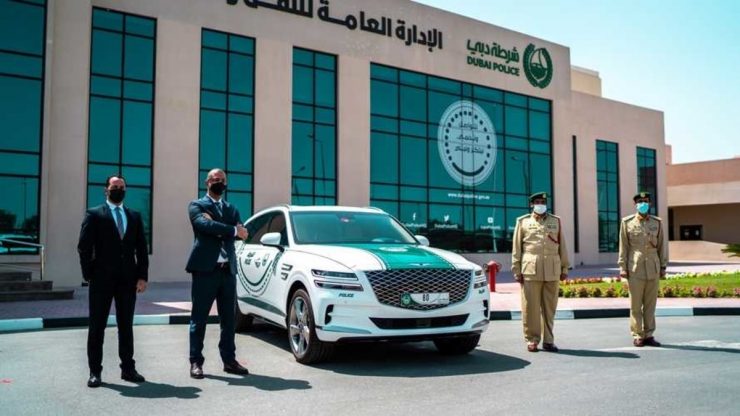 The GV80 is available with two engine options – a 2.5-litre, turbocharged, inline-4 (305 PS) and a 3.5-litre V6 (380 PS). It is not known which of the two powerplants powers the one in the Dubai Police fleet, but we believe it is likely the V6 option, as it is more powerful.

Earlier this year, a shiny new 2021 Toyota GR Supra was also added to the Dubai Police fleet. Just like the GV80, the Supra isn’t the most powerful vehicle employed by the police department there, but it certainly is an exciting addition. 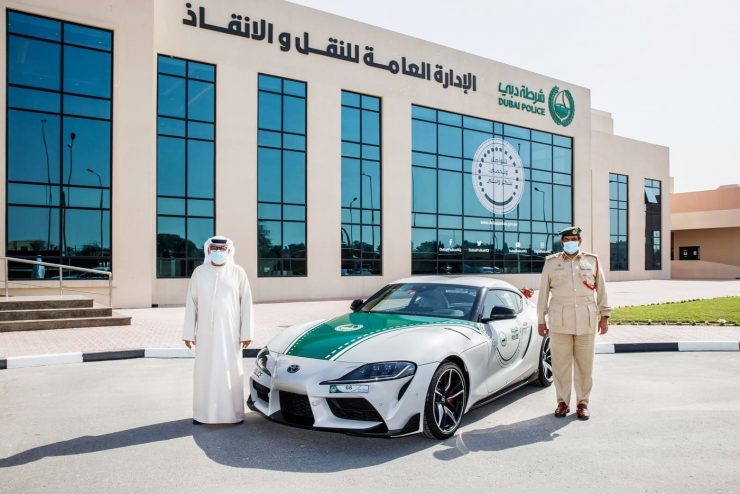 In 2015, a police-spec Porsche 918 Spyder was revealed at the Dubai Motor Show. It was one of the fastest cars on the planet at the time (and still is TBH), and it is surely one of the most exciting cars in the Dubai Police fleet. 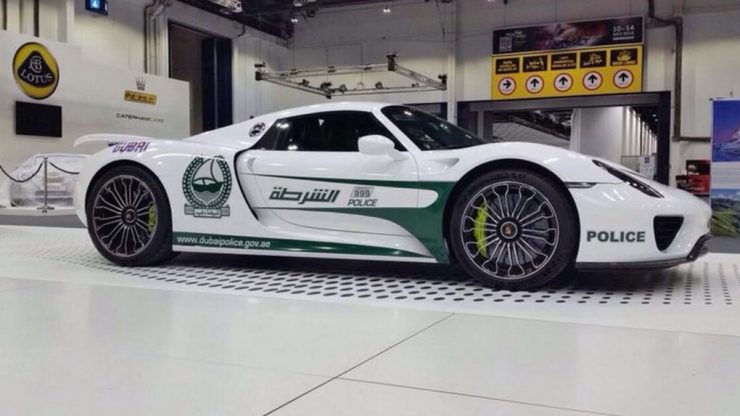 Powering the 918 Spyder is a 4.6-litre V8 motor, which develops 608 PS, boosted by two electric motors that generate an additional 279 PS, pushing the total power output to 887 PS.

Dubai Police has a few McLaren supercars in its garage as well, like the MP4-12C, 570S, and 650S. It’s the last one that is the most exciting among these, with its 3.8-litre twin-turbo V8 (650 PS), and the law enforcement there knows that too! 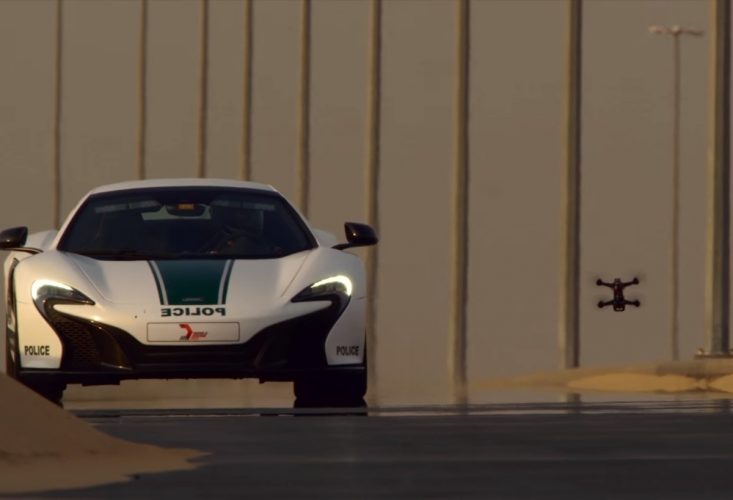 In 2016, the police department used their McLaren 650S to race against a drone in the streets of Dubai, to promote World Drone Prix 2016.

Lamborghini Aventador LP 700-4 is used by Dubai Police to deter anyone from breaking the speed limit on public roads. Well, you need to be fast to catch someone fast, don’t you? 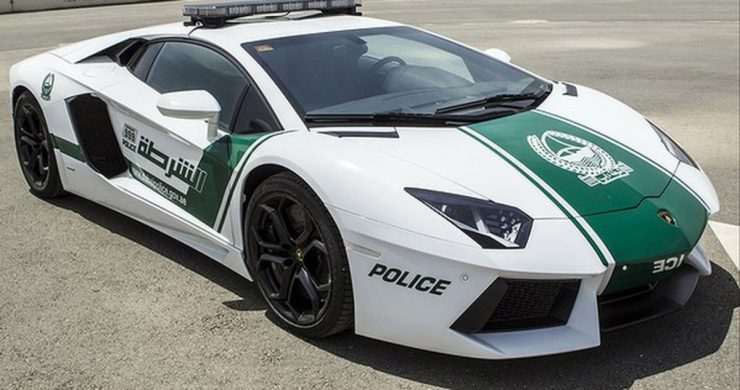 Added to their fleet back in 2013, the Dubai Police Aventador is powered by a 6.5-litre, naturally aspirated V12 motor that belts out 700 PS of peak power, capable of touching a top speed of 217 mph (350 kmph).

Ferrari FF was a weird cross between a performance coupe and a wagon, but still, it was an extremely powerful and fast vehicle. As such, Dubai Police decided they wanted one as well, adding it to their garage in 2013. 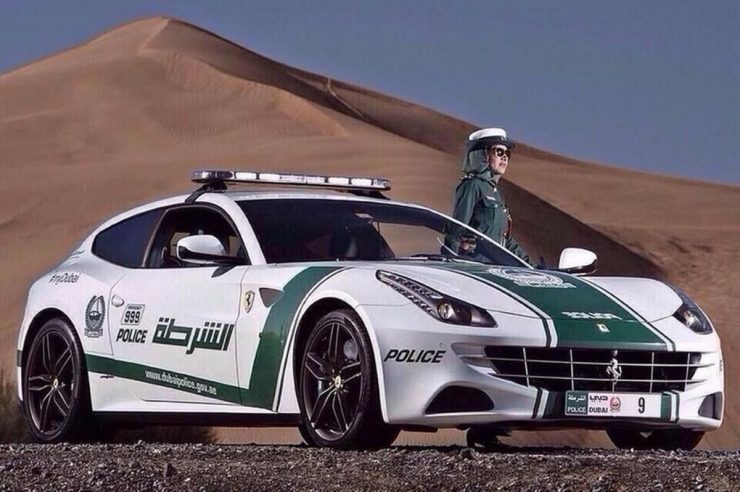 Powering the Ferrari FF is a 6.3-litre, naturally aspirated, V12 engine, capable of generating a peak power of 659 PS. The vehicle could touch a top speed of 208 mph (335 kmph), which is mighty impressive for a 4-seater grand tourer.

Bugatti Veyron is perhaps the craziest vehicle Dubai Police has in its arsenal, thanks to the 8.0-litre quad-turbo W16 engine (producing over 1,000 PS) powering it. The former fastest production car in the world was added to their fleet in 2013. 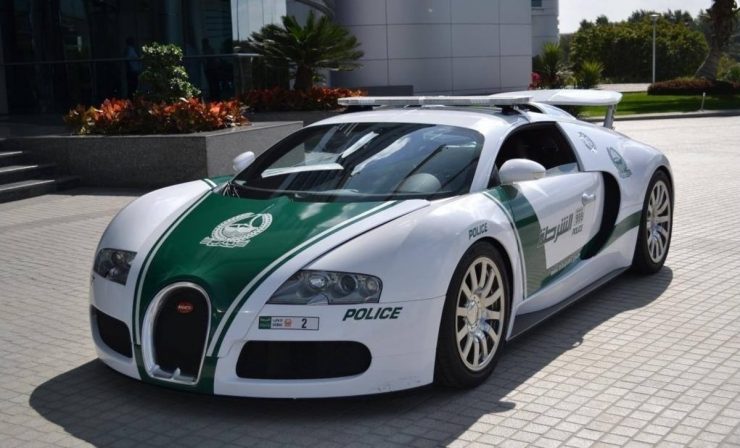 In 2016, the Dubai Police Bugatti Veyron was certified by Guinness World Records as the fastest police car in the world, with a rated top speed of 253 mph (408 kmph).