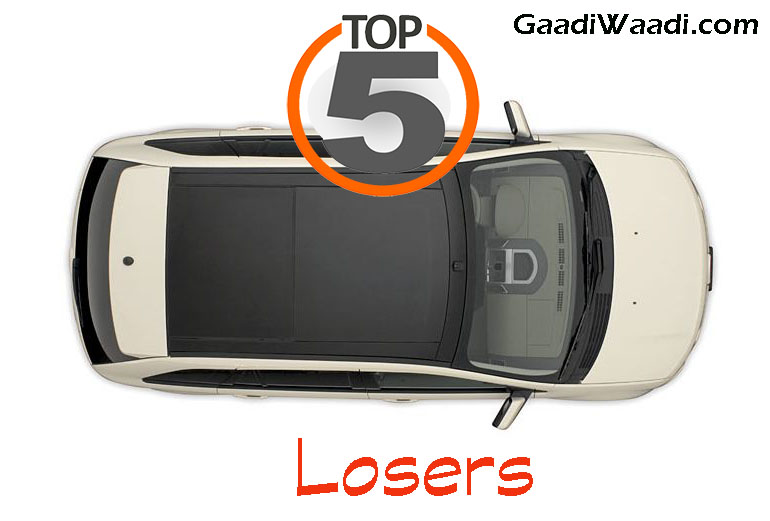 In Top 5 loser in August 2015 Car sales, any of them doesn’t show signs of revival as they desperate need of new or facelift

Some time back we gave you numbers of the top 5 cars that gained momentum by a good margin or a small margin. The top 5 cars pretty much deserved to be there because they have launched either new models or highly upgraded facelifted vehicles which changed their way of direction substantially. However, there always has to be other side of the world and here are the cars that did not make in the very lowest part of car sales list of the month August 2015.

Maruti Gypsy is an iconic car from the brand’s stable. All though despite it did very best a decade back, in today’s modern world it is only left with Military and Police personal with very few real customers walking in and buying the car of the showroom floor. One of the reasons why it has seen a major downfall in sales. Last year 883 units were shipped out and this year it has just sold 124 units. A 85.1% downfall and its a pretty big one. Let’s see what it’s like in the future and may be it can bag orders from the government to keep the old guy moving