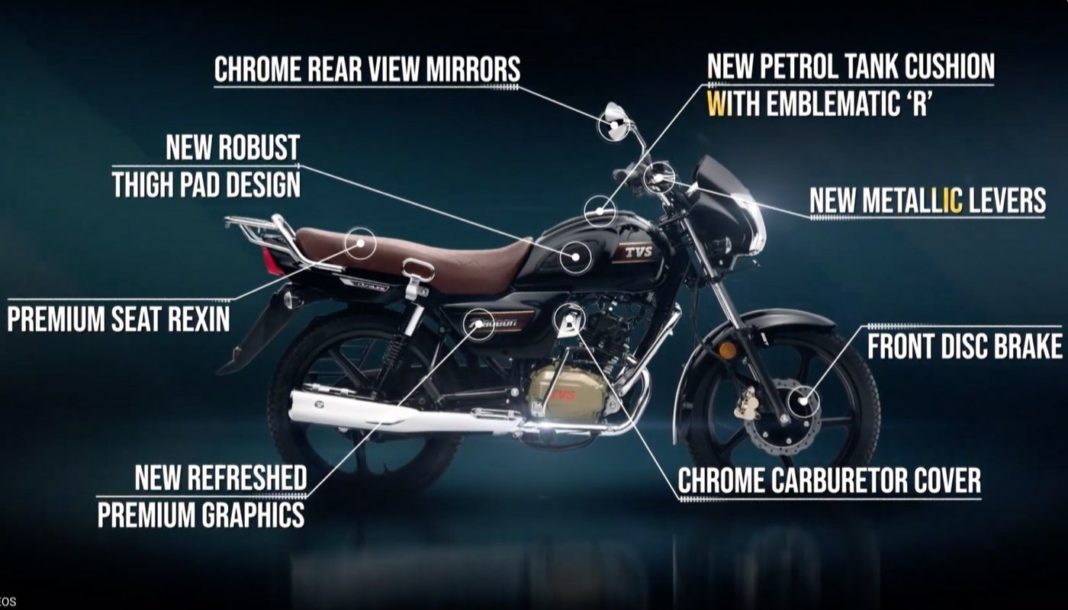 Here are the top 5 highlights of the special edition motorcycle

The Radeon special edition model has received a few minor cosmetic tweaks to make it stand out from the standard variant. The special edition model gets a redesigned thigh grip for additional support, fuel tank cushion with the ‘R’ emblem, chrome rearview mirrors and a carburetor cover and a gold finished engine cover.

The ribbed single-piece seat, in particular, has been finished in brown colour that adds a premium feel to this motorcycle. Lastly, it also gets a metallic lever that adds a special touch to the entry-level commuter.

3. Available in both drum and disc brake variants 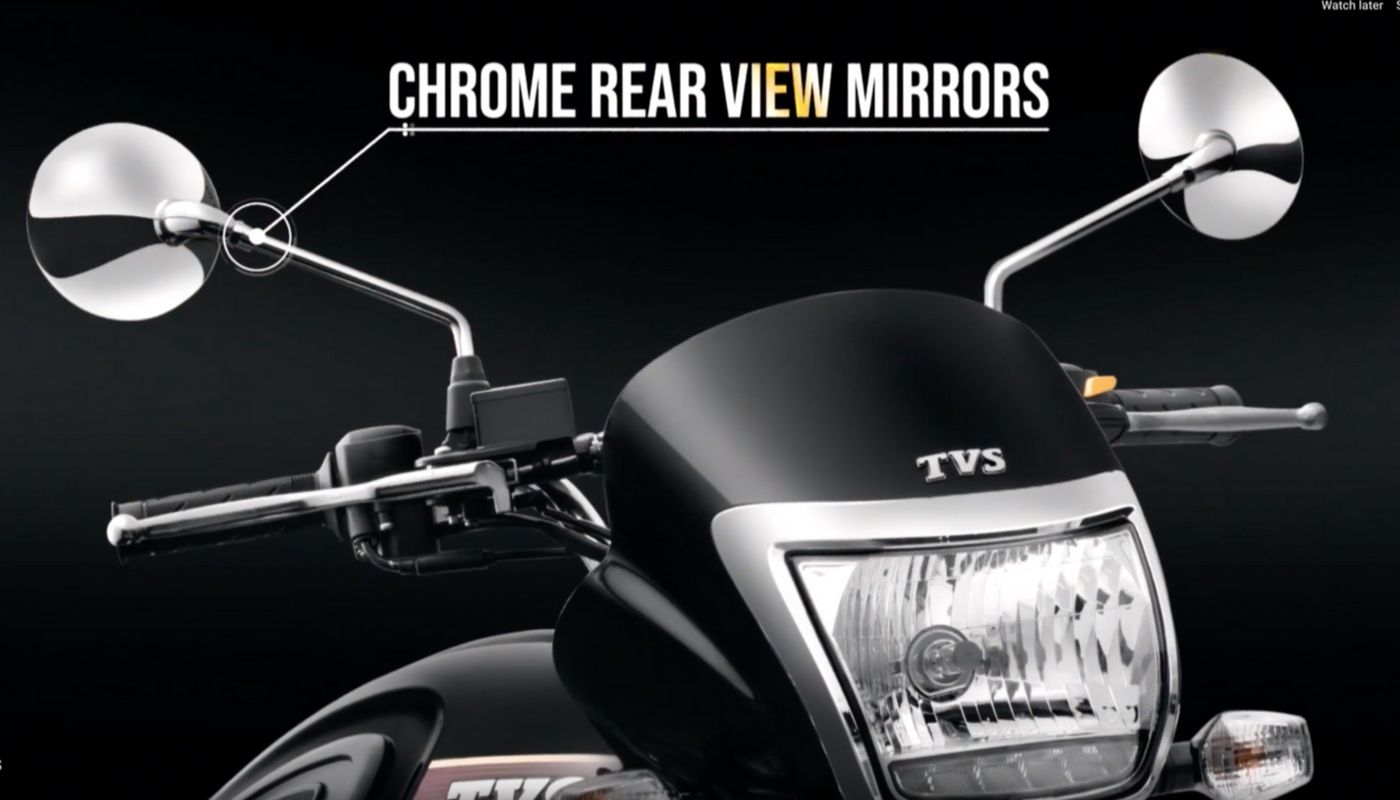 Both the variants are offered with CBS (Combined Braking System) as standard for the safety of the rider. The suspension duties of the motorcycle are taken care by a telescopic fork up front and a dual-shock setup at the rear.

The TVS Radeon special edition model is powered by the same 109.7 cc single-cylinder, air-cooled Duralife engine. The engine paired with a 4-speed gearbox produces about 8 bhp of peak power at 7000 rpm and 8.7 Nm of peak torque at 5000 rpm. TVS claims a fuel efficiency of 69.3 kmpl on the Radeon and it has a fuel tank capacity of 10 litres. 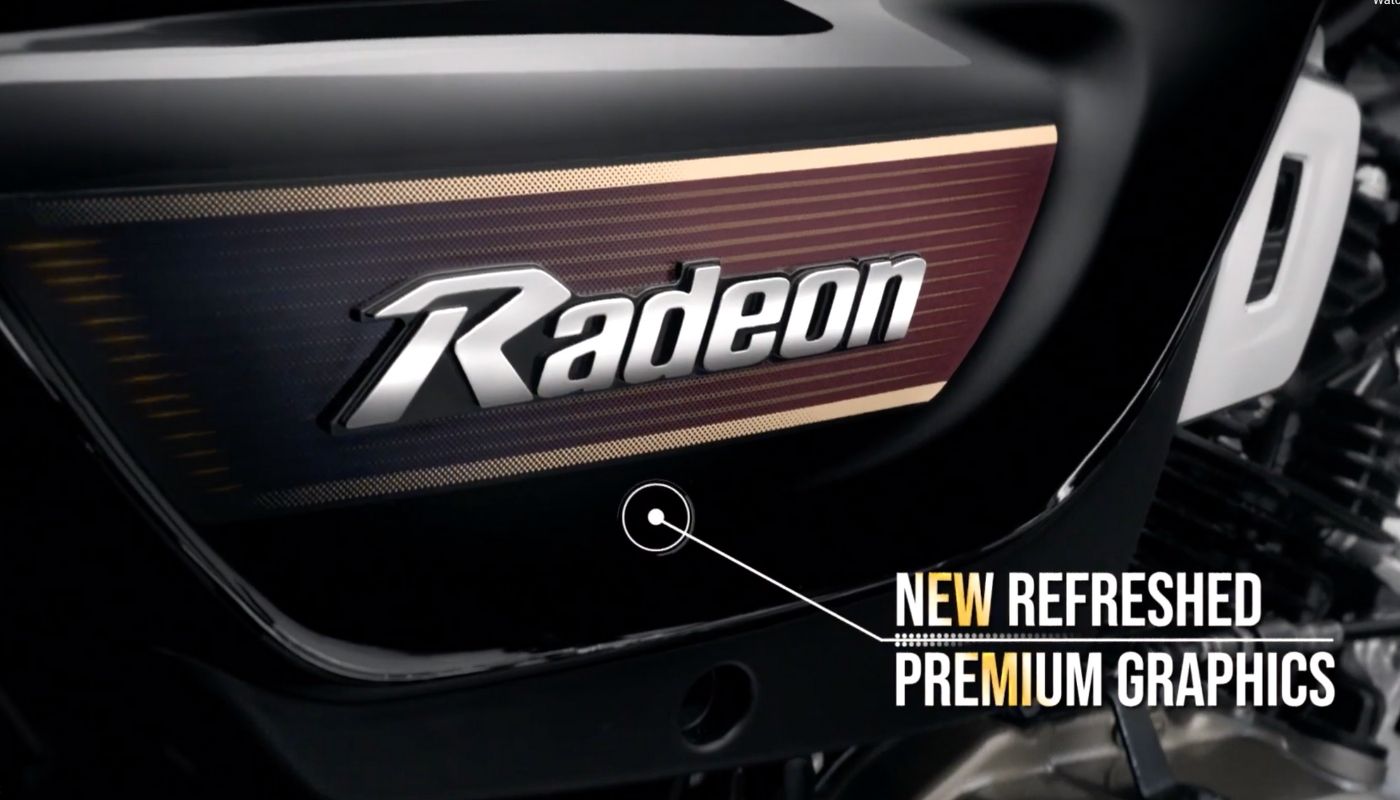