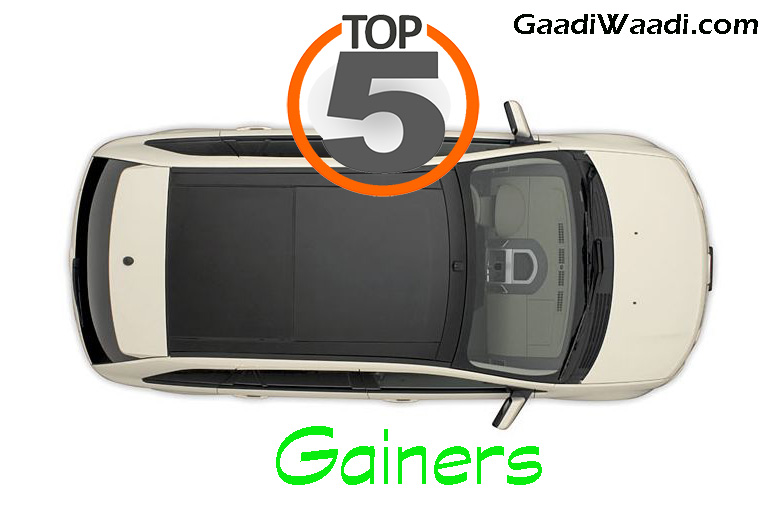 Today, yet again, we have numbers of the top 5 cars that have gained momentum when compared to last year. The cars and numbers are shocking in both positive and in some case not that great. Let’s find out then who stands on the podium

Last year this time, the Honda City was seen struggling very badly, not in showrooms but in production plant. Honda shifted its production last year from Greater Noida to Tapukara, Rajasthan. Also, the lack of diesel option and competition from Hyundai fludic Verna it faced. Now, Honda City back in the game. With all new model, which is an evolution inside out and comes with the new I-DTEC diesel engine and revised pricing, more space and more loaded than before its back where it belong. 5405 units this August is pretty impressive as last year only 757 units retailed. 614% increase is phenomenal indeed. All though Honda City reaches almost 7000 units the competition is stiff from Maruti Ciaz and refreshed car in the C-segment category.