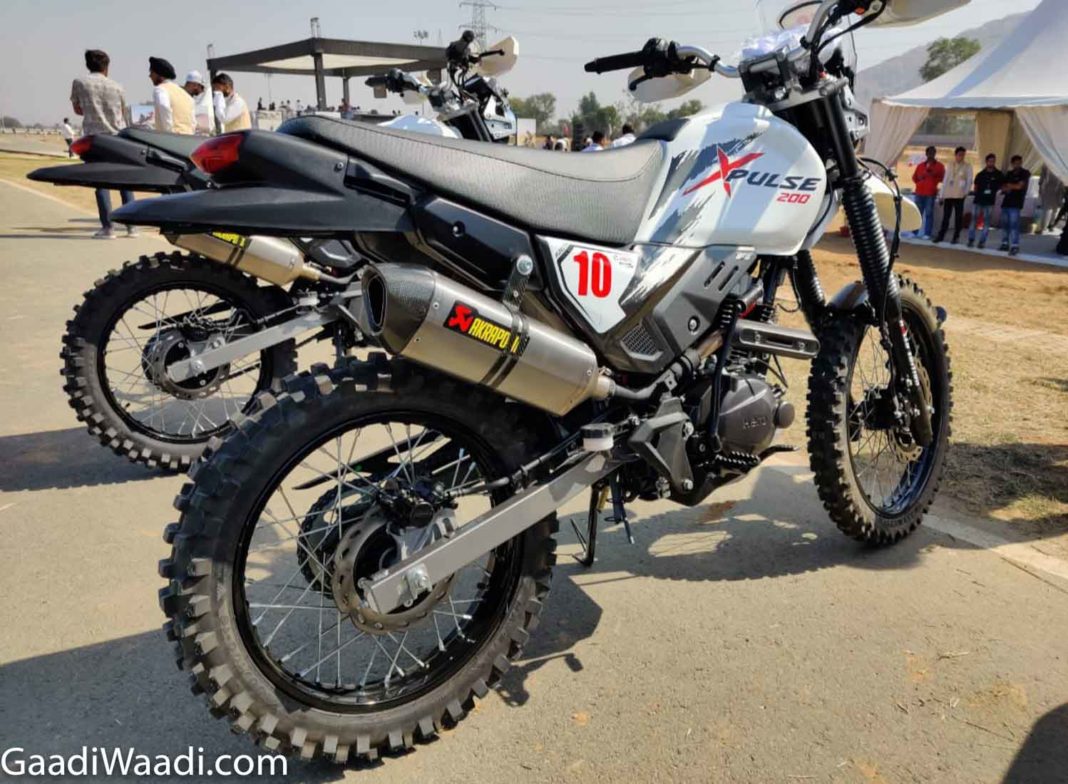 The popularity of affordable adventure motorcycles is increasing in the country, and leading manufacturers continue to work on launching new products in the segment

The adventure motorcycle segment has never really been too popular in the Indian market due to the premium price that the bikes in this space entailed. However, things have changed in the last couple of years with the introduction of more affordable dual-purpose bikes, with more and more manufacturers working on entering the said space.

We have put together a list of three such go-anywhere motorcycles that will not burn a hole in your pocket, take a read to know more about these motorcycles in detail –

The Hero XPulse 200 is the most affordable adventure tourer motorcycle in the Indian market, and while the price of the BS6-compliant version of the motorcycle is yet to be revealed, we expect it to be marginally higher than the previous price of the BS4 version, Rs 1,07,500 (both prices are ex-showroom, Delhi) for the fuel-injected model. 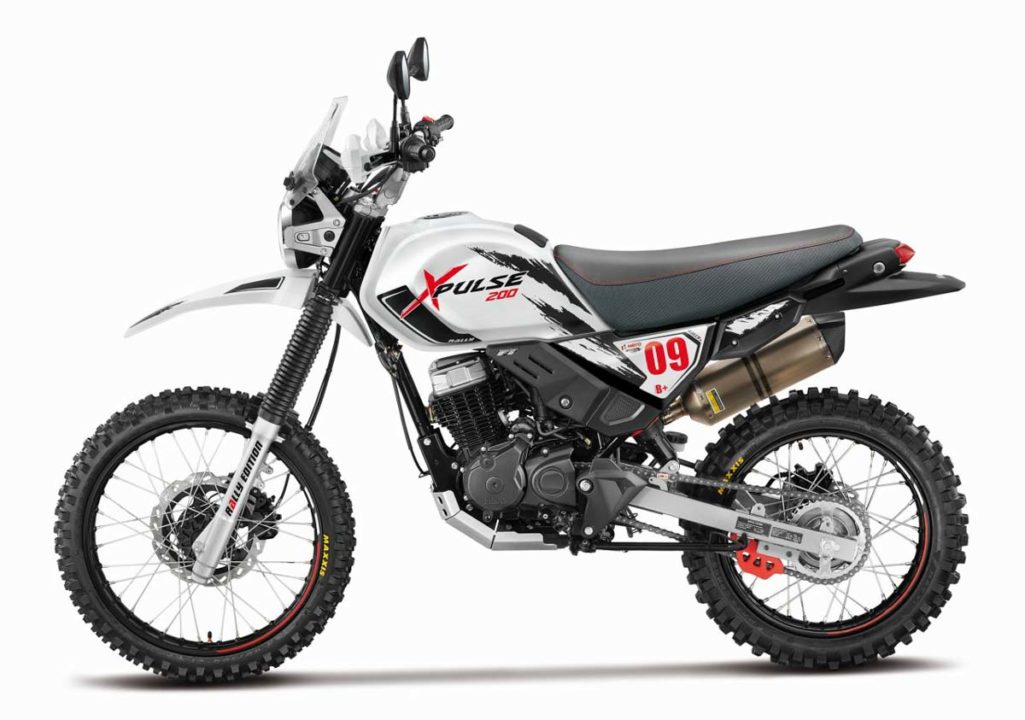 Hero MotoCorp launched a road-legal rally kit for the XPulse 200 in February 2020. The complete kit costs Rs 38,000 additionally over the bike, and turns it into a hardcore offroader, thanks to additions like a fully-adjustable suspension with 250 mm front and 220 mm rear travel, Maxxis rally-spec knobby tyres, a taller and flatter single-piece seat, as well as handlebar risers for a more upright riding stance.

The XPulse 200 draws power from a 199.6 cc single-cylinder, oil-cooled, fuel-injected engine that belts out 17.8 hp of max power at 8,500 rpm, along with 16.4 Nm of peak torque at 6,500 rpm. The bike comes equipped with features like a fully-digital instrument cluster with smartphone connectivity, turn-by-turn navigation, full LED headlamps, 276 mm and 220 mm petal discs at the front and back respectively and single-channel ABS.

Originally launched in 2016, the Himalayan is purpose-built motorcycle that is different from all Royal Enfields ever made. While the initial batches of the adventure tourer had lots of problems, the Chennai-based manufacturer has continued to introduce updates addressing those issues. 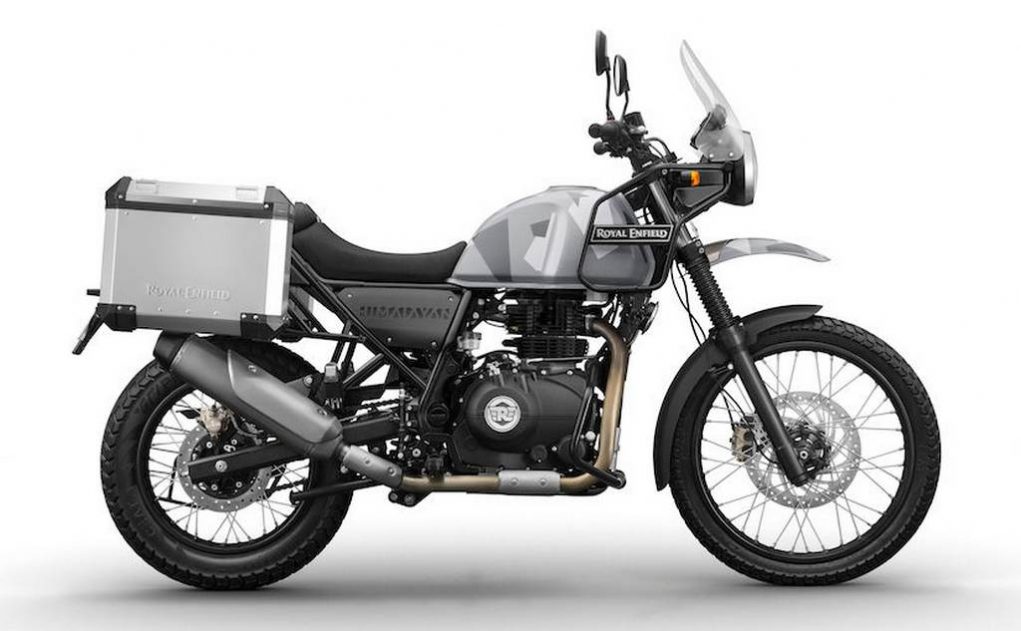 The most recent update is the BS6-compliant version of the dual-purpose motorcycle, which was launched earlier this year and is currently priced from Rs 1,89,565 (ex-showroom, Delhi) onwards. The bike uses a 411 cc, 4 stroke, SOHC, air-cooled, fuel injected, single-cylinder motor that produces 24.3 hp power & 32 Nm torque, and comes mated to a 5-speed gearbox.

The bike gets a 300 mm disc up front, along with a 240 mm disc at the rear, coupled with dual-channel ABS which is standard. The rear-wheel ABS is switchable with the help of a dedicated button, while the bike also comes with a hazard-lamp switch, and a semi-digital instrument cluster with a white-backlight.

KTM officially unveiled the 390 Adventure motorcycle at last year’s EICMA, and then in India at the 2019 India Bike Week, subsequently launching in the country in January 2020 at a starting price of Rs 2.99 lakh (ex-showroom, Delhi), making it KTM’s first adventure tourer in the country. 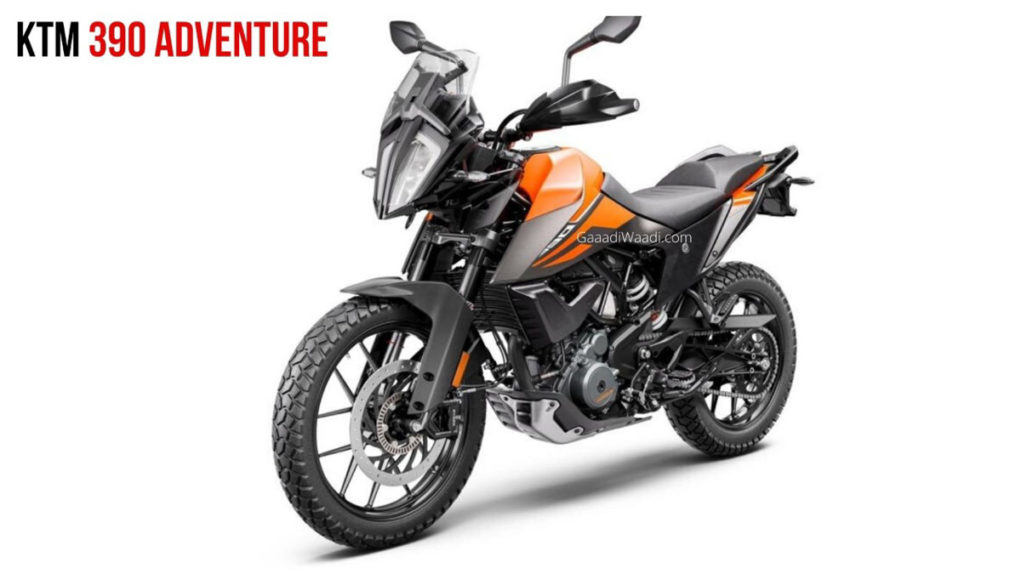 The 390 Adventure uses the same mechanicals as the KTM 390 Duke, which means that it borrows the 390 Duke’s 373.2 cc, single-cylinder engine with 44 hp of max power which is available at 9,000 rpm, along with 37 Nm of torque at 7,000 rpm. The engine comes paired to a 6-speed gearbox, along with a bi-directional quick-shifter as standard.

On the feature front, the bike gets twin-LED headlamps, a fully digital instrument console, Metzeler Tourance tyres with a 100/90-19 profile at the front and 130/80-17 at the back, lean-sensitive traction control, cornering ABS, off-road ABS, KTM MyRide smartphone connectivity and optional turn-by-turn navigation. The suspension duties are handled by a a 43 mm front USD fork, and a pre-load adjustable monoshock setup at the back.