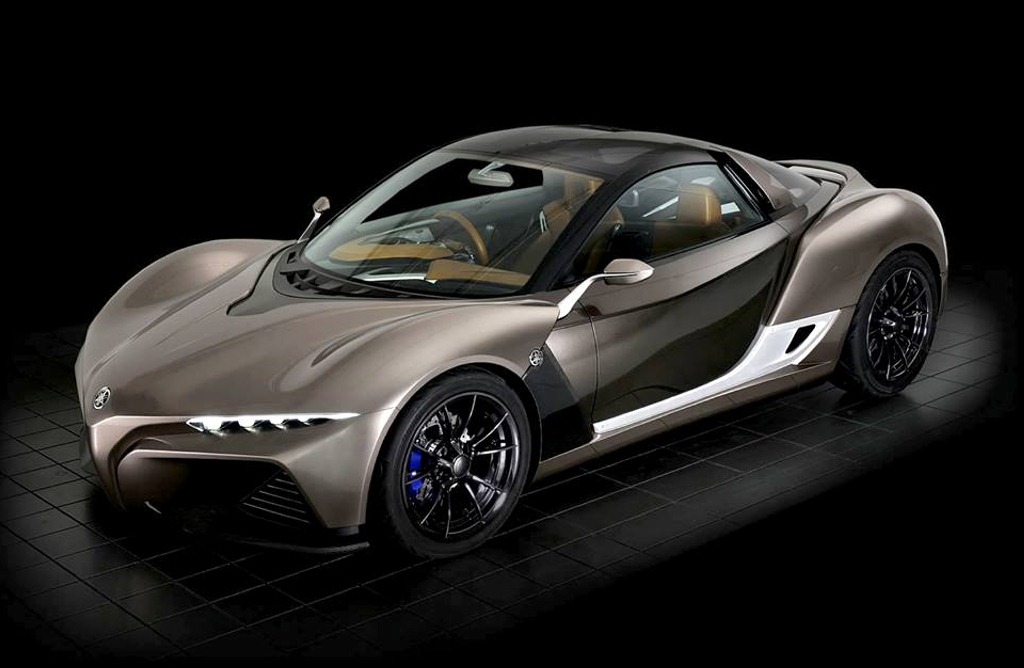 Yamaha has been known for rolling out some stunningly beautiful and exclusive products in the world of motorcycles. They have displayed some spectacular concept models in past, which grabbed the attention of the motorcycle enthusiasts across the world.

Yamaha Morpho is a chunky and muscular looking 400 cc concept with true sportsbike like appearance. It appeared during late 1989 along with Honda NR750 concept bike. It was claimed to be capable to morph into different shape to suit the rider, but that didn’t actually turn into reality. With adjustable seat and foot-pegs, interesting instrument cluster, this was a truly unique concept. The front suspension from this concept model inspired the suspension setup in the GTS1000.

The Morpho 2 concept surfaced in 1991 and came sharing several elements with the original 1989 Morpho. The seat was designed to alter depending on rider’s mood. It had active suspension and the most interesting feature, a two-wheel steering. These things made it an unique concept of its time. It was powered by a 1000 cc engine unlike the 400 c motor in the original 1989 Morpho. The styling of the Morpho 2 inspired the TDM850.

The Chivicker was an ultra-small capacity concept displayed in 2003 and it came with an unusual dirt-bike stance, The Yamaha Chivicker was designed to grab attention, not to deliver impressive performance, which is why, it came powered by a small 50 cc four-stroke engine. While the BMX-inspired Chivicker concept didn’t make to production, its sister concept Tricker 125 did.

Yamaha Gen-Ryu was a futuristic concept bike came in 2005. It was showcased with a 600 cc four-cylinder engine combined with an electric motor. The transmission unit in this concept was later evolved and made its way into the HV-X in 2009. It was surely not designed for production, but the design and technology incorporated in it were truly eye-popping. Overall, this concept was designed to give a science-fiction movie like vibe.

The Maxam 3000 was another exciting and very unique concept from the Japanese two-wheeler manufacturer and it came alongside the Gen-Ryu. It was inspired by American land yachts from 1950s and dimensionally, it measured around 3 meters long, which led the brand to add the 3,000 numbering to the name of the concept. This wasn’t meant for production surely, but it definitely turned many heads with the absolutely eye-catching design.

This came as an early stage electric bike concept with a bicycle like appearance. The concept was showcased in 2005 with a flexible frame. The design certainly caught attention alongside the electric powertrain and no wonder, Yamaha was thinking well ahead of time while it displayed this concept. It came with BMX-style extra pegs on the wheel spindles hinting towards the concept’s focus on stunts.

This was something far away from a conventional motorcycle concept. The Tesseract came in 2007 with a four-wheel configuration. It appeared with a superbike-inspired styling, large V-twin engine. The four-wheels ensured better grip and balance for the machine. Though Yamaha didn’t make a production model of this concept, it inspired the Yamaha’s Tricity three-wheel scooter.

This was probably the most practical and conventional looking concept in our list. It came in 2007 as a retro-looking motorcycle concept and had Yamaha went for its production, it could have competed with the rivals like Bonneville, W800, Guzzi V7 etc. Despite it being a production-viable concept, people didn’t bother to give it much attention back then. It came powered by a massive 1,000 cc air-cooled, V-twin engine.

The HV-X concept is another masterpiece with advanced technology from Yamaha showcased in 2009. It came with the first hybrid powertrain for a motorcycle. The production-viable concept was equipped with similar technology like the Toyota Prius. It came with a petrol engine and an electric motor along with a CVT gearbox. Despite being an exciting concept, it never made to production.

Y125 Moegi is the youngest among these listed 10 concepts we have discussed discussing here. Debuted in 2011, it was a refreshingly styled concept with a 125 cc engine from the Japanese two-wheeler manufacturer. Speaking about the design, it can be easily said that this model appears with a classic bicycle-like look fitted with a motor. It was lightweight and easy to ride, but the company didn’t think it could be a viable production model sadly.