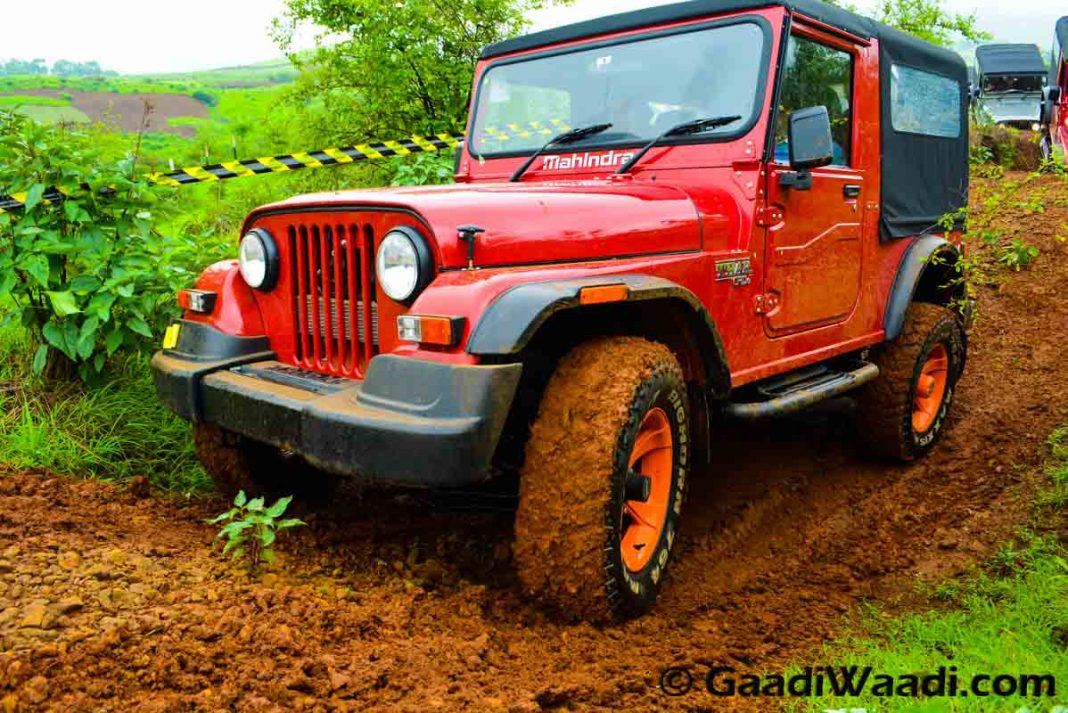 2015 Mahindra Thar Facelift gets a host of changes mechanically and cosmetically, we list them out for you

After teasing almost a year with spyshots, Mahindra has finally launched the updated Thar in India. Priced at 8.03 lakh is it quite value considering the fact is one of the best off-roading machines in the country and is slowly getting creature comforts as well in the cabin. Couple of years back it started with adding air conditioning to the cabin and a new type of canopy. Over the years there have been multiple limited editions and changes such as standard immobilizer and much more has followed over the years This time around, the changes to the cabin are significant which makes living in the 2015 Mahindra Thar an easier than before. However let’s start from the outside. The Thar gets new front and rear bumpers along with newly designed canopy and new side step footpegs are also a new addition to the exterior package. On the inside it gets a 12V mobile charger and two cup holders to boost some practicality inside the 2015 Mahindra Thar cabin. Cosmetically, the air vents are new and circular in shape which protrude outwards. A new steering wheel has been also modern which looks modern with a hint of retro at the same time. Three pod modern looking instrument console is also something very pleasing to eyes. There is a trip meter and engine temperature gauge as well. The new 2-din music system is also part of the new 2015 Mahindra Thar. All of this new design sits on a brand new dashboard design which gets black and beige color combination this time around. Mechanically, the 2015 Mahindra Thar gets a mechanically locking differential while everything remains the same. The engine is 2683cc unit which pumps out 105 BHP & 247NM torque. Fuel efficiency remains the same too. Overall, Thar has changed but despite it remains the same in terms of its core qualities that it offered before. There aren’t many rivals the Thar competes with and Mahindra seems to be top of the game when it comes to making SUV of all times in this modern demanding market.