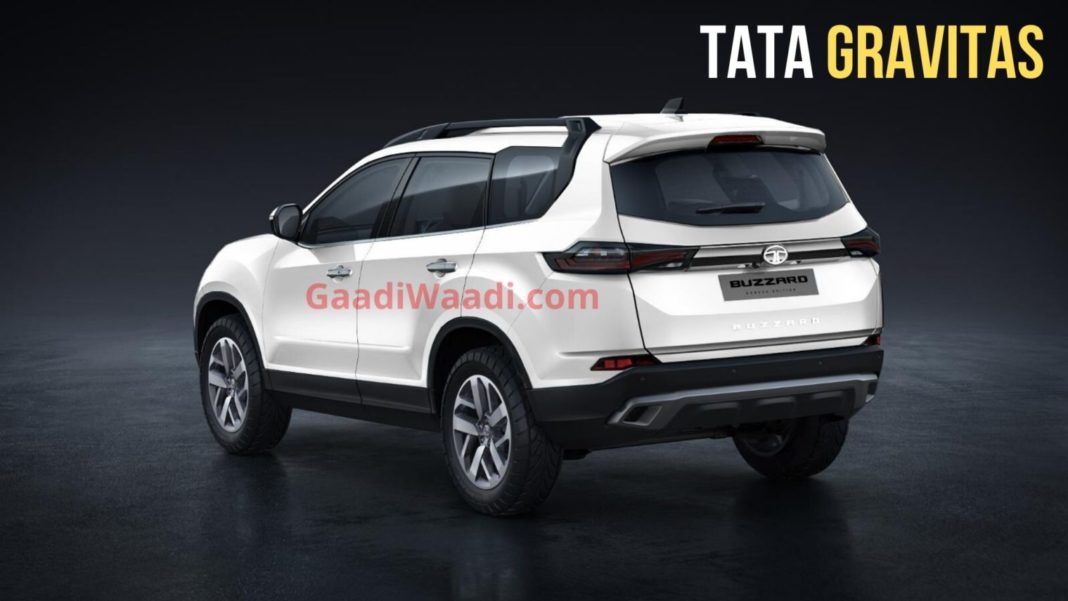 The Indian market is set to witness at least 10 new car launches in the next 6 months, spread across different mass-market segments

2020 was the year of big launches, with a range of new cars being introduced in the beginning of the year, which was followed by the star-studded Auto Expo. Manufacturers continued to introduce new cars over the year, and the festive season also saw a host of new launches.

The Indian four-wheeler market looks way different than, say, a year ago. All mass-market segments seem to be advancing with new launches, and no manufacturer wants to be left out in this race. Hence, we do not expect the launching spree to slow down anytime soon.

We have put together a list of top 10 upcoming cars that are expected to be launched in the Indian market in the next 6 months, take a look –

Since it is slowly becoming a norm in the premium hatchback segment, the Tata Altroz is all set to receive a new turbocharged petrol engine option, which will be a 1.2-litre three-cylinder unit putting out around 110 PS of maximum power, along with about 140 Nm of peak torque. 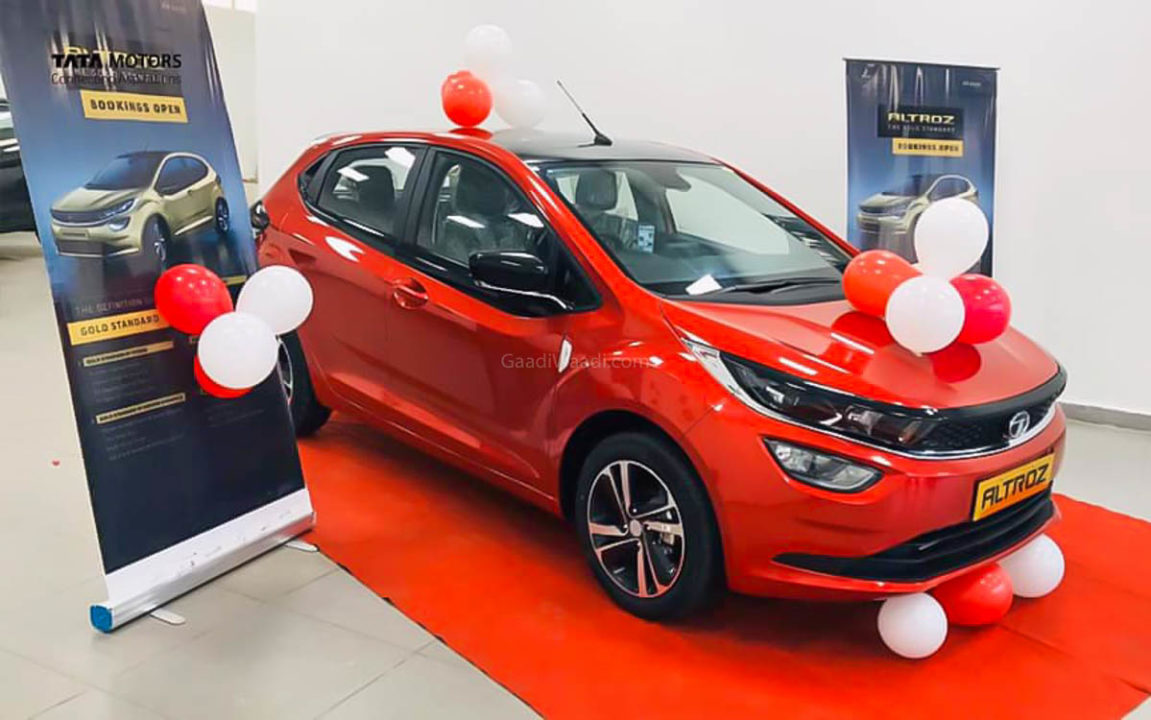 At launch, a 5-speed manual gearbox is expected to be on offer as standard, while a DCT is in the works and will join at a later date. The ‘Turbo’ variant will help the Altroz go neck and neck against the likes of the new-gen i20 T-GDi as well as the Volkswagen Polo TSI trims.

Nissan is all set to enter the sub-4m SUV segment with its upcoming Magnite sub-4m SUV that is all set to be launched in the Indian market on December 2. The Magnite will go on to rival the likes of the Maruti Suzuki Vitara Brezza, Hyundai Venue, Kia Sonet, Tata Nexon, among other sub-4m SUVs. 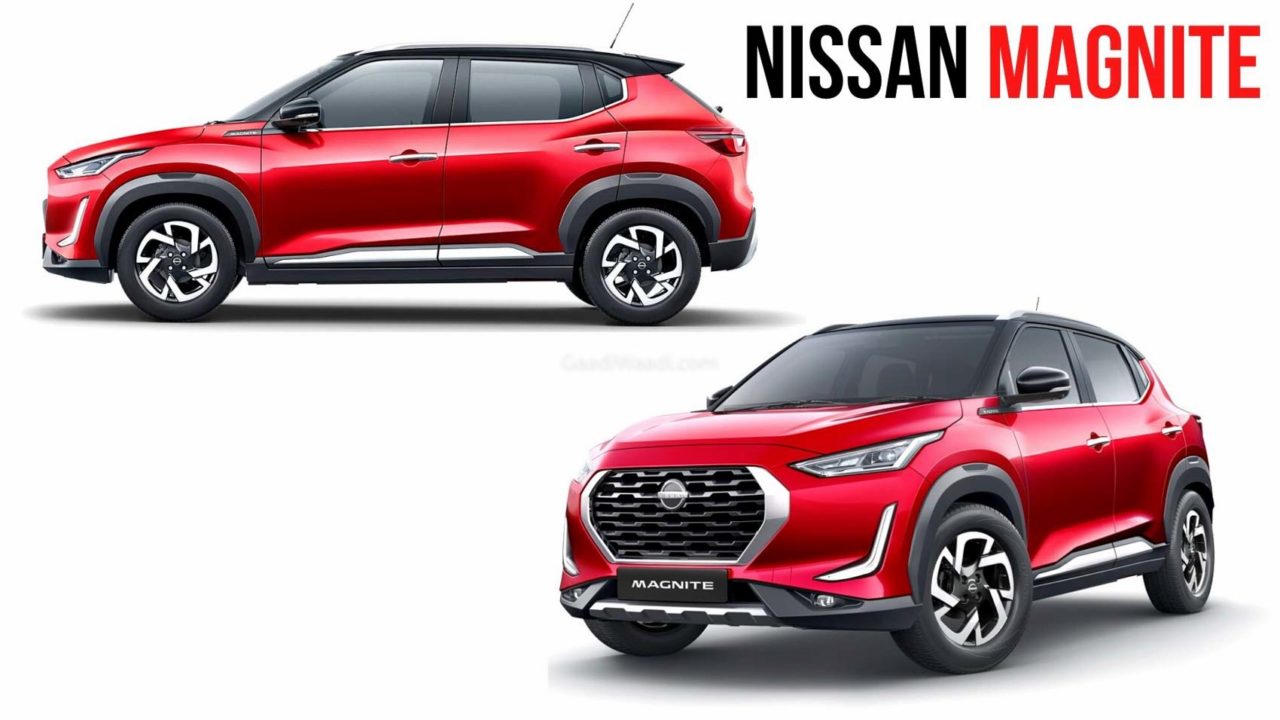 However, Nissan is expected to price the Magnite aggressively, which will see it undercut all its direct rivals. However, that doesn’t mean you’d have to compromise, since the Magnite will be offered with features like wireless Apple CarPlay and Android Auto connectivity, a 360-degree camera, a 7-inch fully-digital TFT instrument cluster, an 8-inch touchscreen infotainment system and more.

Toyota launched the Innova facelift in the Indonesian market last month, and the updated MPV is expected to be launched in our country by the last week of November. Ahead of the official launch, the updated Innova Crysta have already started arriving at dealerships. 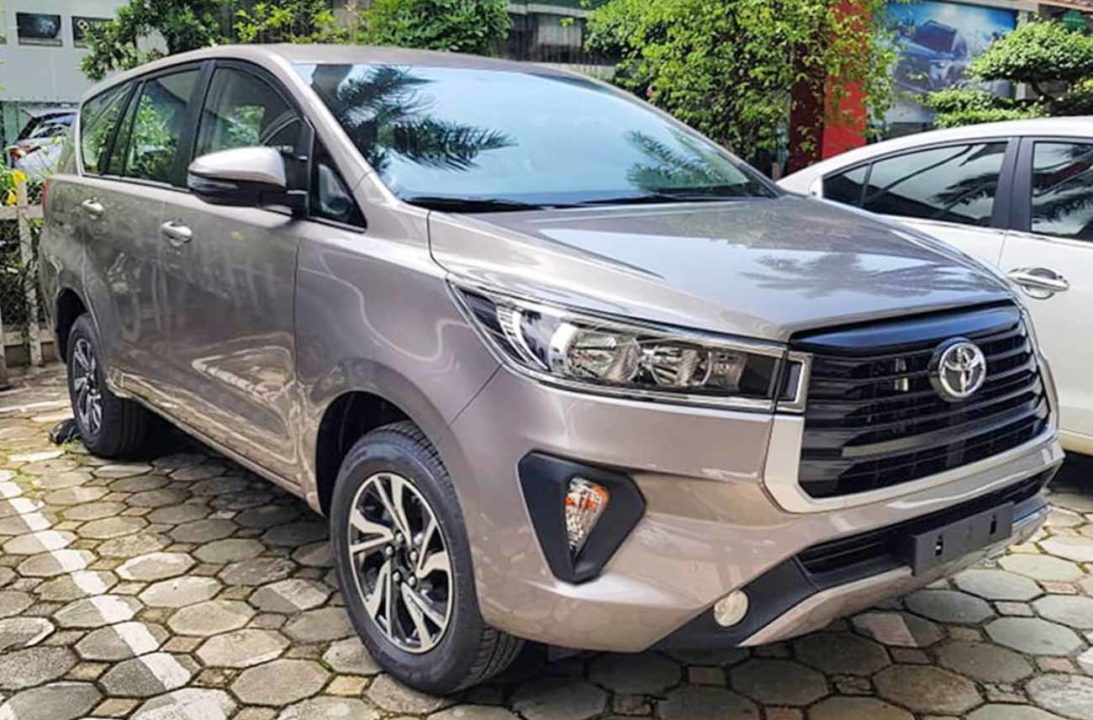 Apart from some visual updates to make it look more appealing, Toyota is not expected to fix anything on the car since it isn’t broken. The overall cabin layout will remain unchanged, however, a new 9-inch infotainment unit will likely be seen, packed with smartphone connectivity. No changes are expected to be made to the 2.7-litre petrol and 2.4-litre diesel powertrains.

The Innova Crysta is not the only Toyota car that is due for an update, since the Japanese carmaker is also working on launching a facelift for the Fortuner SUV. The premium SUV segment has seen some new launches in recent times, and even though the Fortuner continues to lead the segment, it feels a little outdated as compared to its rivals. 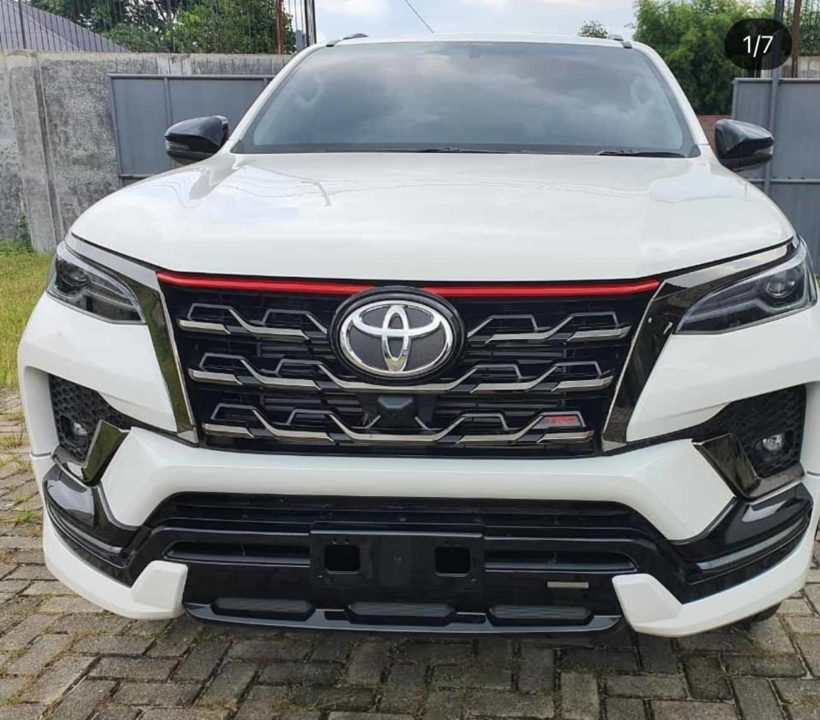 Hence, Toyota will throw in some additional features, as well as introduce some visual upgrades to make it look fresh. The BS6-compliant 2.7-litre petrol and 2.8-litre diesel engines currently on offer with the SUV will likely be carried over, but the oil burner is expected to be offered in a higher state of tune.

Tata Motors debuted a production-ready three-row SUV based on the Harrier at this year’s Auto Expo. Known as the ‘Gravitas’, the car was expected to be launched this year itself, however, the launch has now been pushed to the first quarter of next year.

The Gravitas will likely be offered with the same 2.0-litre Kryotec diesel engine (170 PS/350 Nm) as the Harrier, and the transmission options will also be the same, i.e. 6-speed MT and 6-speed AT. However, Tata is expected to introduce a petrol powertrain for the Gravitas as well.

Along with the Gravitas, Tata Motors also showcased a new micro SUV concept at the Auto Expo, known as the HBX. The production-ready version of the car has been spied on test a couple of times, with a launch expected around April or May next year.

Powering the HBX will likely be the same 1.2-litre three-cylinder Revotron petrol engine as the Tiago, Tigor and Altroz. The engine is rated at 86 PS/113 Nm, and is expected to be offered with a 5MT along with an optional automatic. On the feature front, the HBX will get a floating touchscreen infotainment system with smartphone connectivity, a semi-digital instrument cluster, split headlamps with LED DRLs, a Harman-sourced audio system and more.

The Mahindra XUV500 has been the undisputed segment leader for many years, however, the mid-size SUV segment has received a whole lot of new entrants now, and in order to stay relevant, the XUV500 needs to be updated.

The new-gen version of the three-row SUV has already been spied on test a host of times, revealing a large floating touchscreen infotainment screen, connected to a digital MID, a flat-bottom steering wheel, improved seat cushioning and flush-type door handles. Mahindra is also contemplating introducing level 1 autonomous technology with the second-gen XUV500, and the car is expected to be launched by March 2021.

The Scorpio has been one of the best-selling Mahindra cars in India since its launch back in 2002, and the carmaker never bothered to introduce a generational update for the SUV. However, a new-gen model is finally in the works, and is expected to be launched by mid-2021.

Maruti Suzuki is working on launching a new-gen model for the Celerio, which has internally been codenamed ‘YNC’. The car was recently spied on test, and while the exterior of the car was covered in camouflage, the interior was snapped, revealing lots of cues about the next-gen hatch. 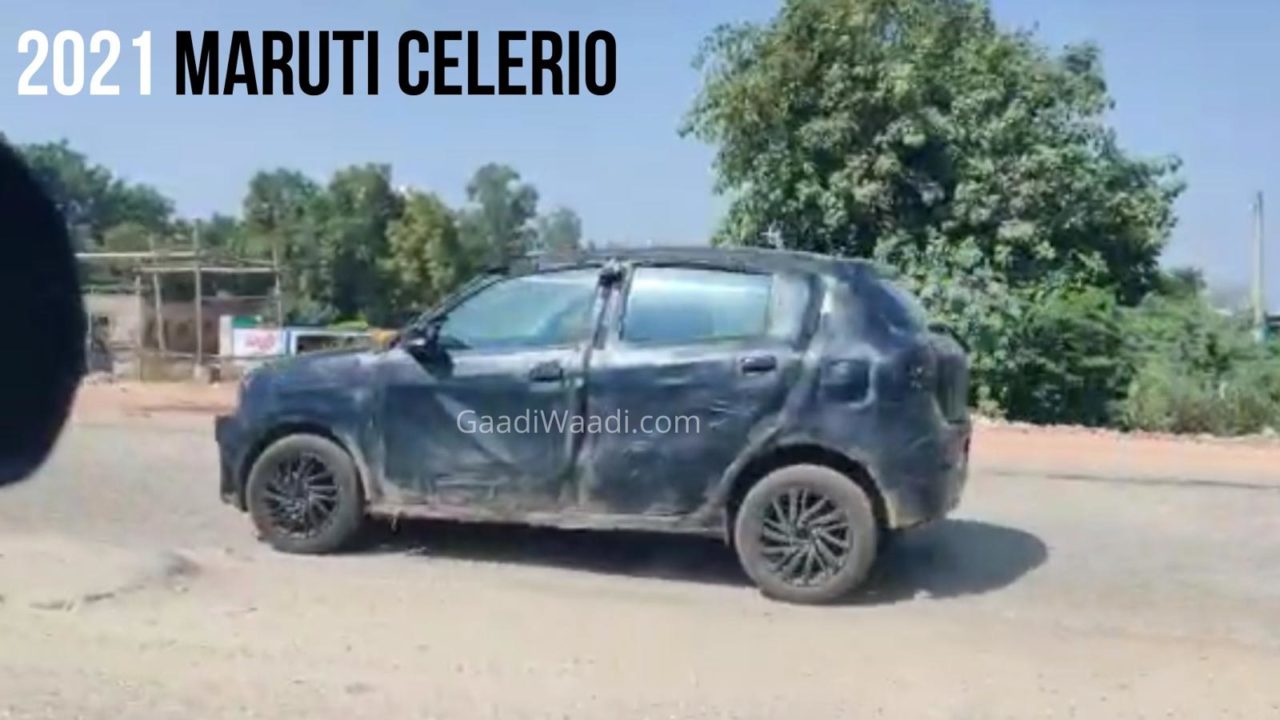 If spy shots are to be believed, the next-gen Celerio will be getting a completely revamped cabin, with a new layout, upholstery as well as updated features list. The biggest change will be the inclusion of a 7.0-inch Smartplay Studio touchscreen infotainment system with Apple CarPlay and Android Auto connectivity.

Groupe PSA will soon be making a re-entry in the Indian market with the Citroen brand, and the C5 Aircross will be the company’s first offering. Originally set to be launched here by the end of this year, the SUV’s debut has now been delayed, and is only expected to take place by April or May next year. 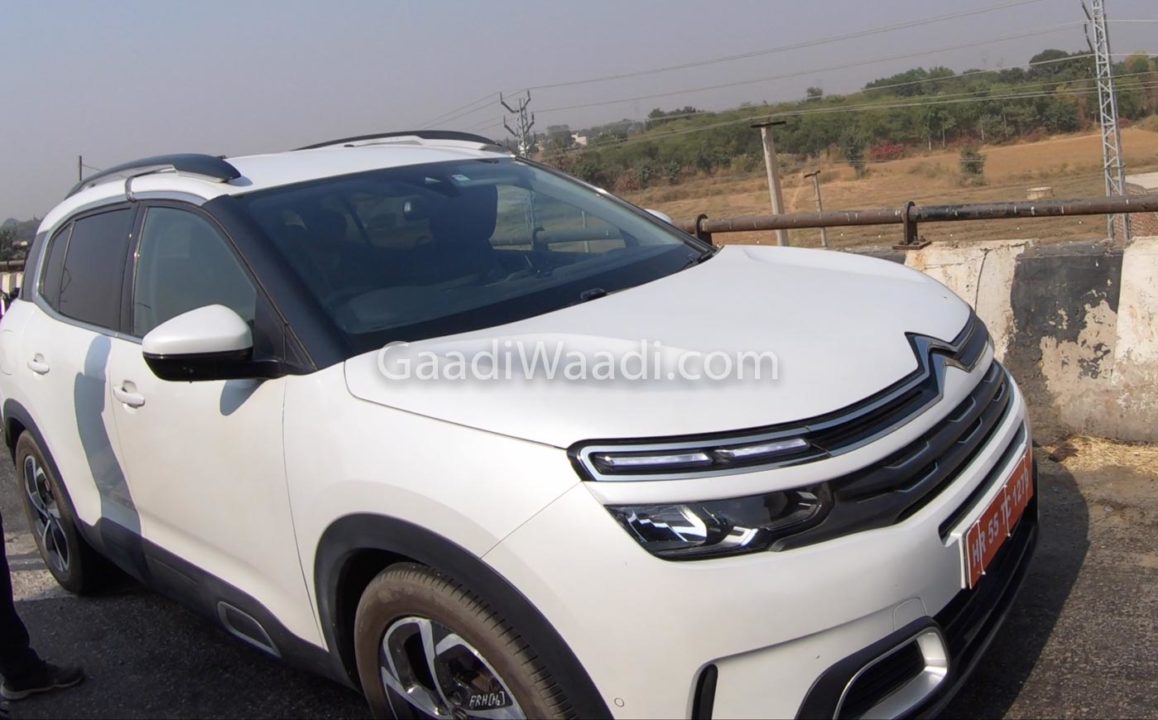 The C5 Aircross is based on Groupe PSA’s EMP2 platform, which is also used by Peugeot and DS Automobiles. The India-spec version of the SUV is expected to be offered with 1.6-litre turbo petrol and 2.0-litre diesel engines, mated to a 6-speed manual or an 8-speed automatic transmission.