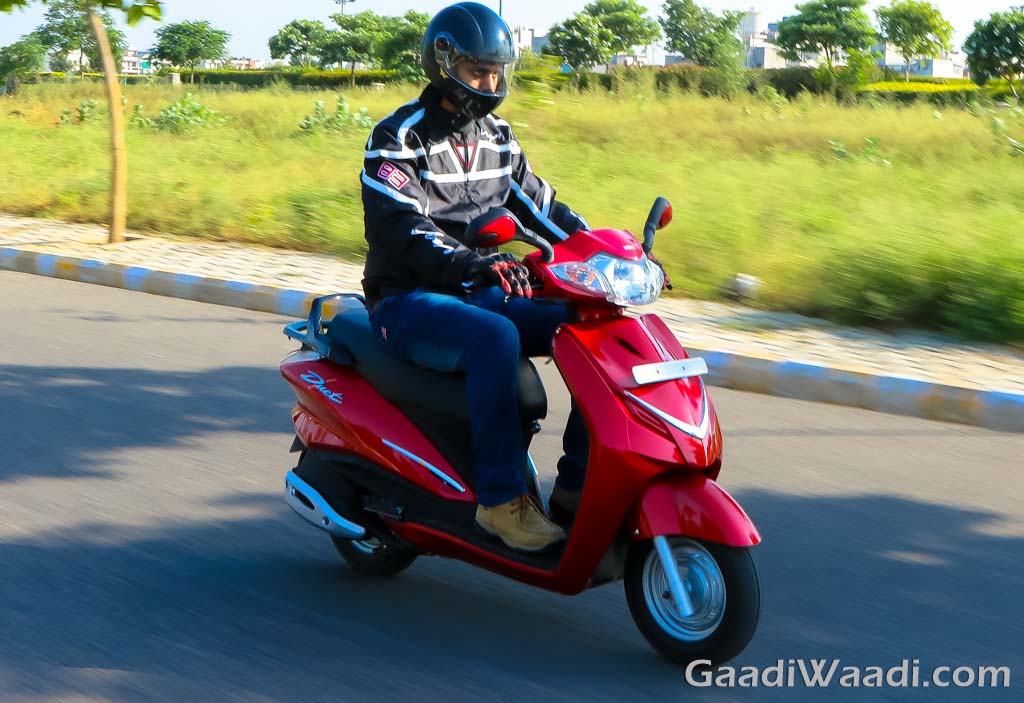 The concluded month of April 2016 was auspicious for most of the two-wheeler brands as Yamaha endured the highest YoY growth of 65.61% ahead of Royal Enfield at 42.03% while Mahindra Two Wheelers was the biggest sufferer with a sales decline of 29.46%.

At the top of the best-selling scooters chart is the undisputed, industry-leading Honda Activa which wrapped a sales of 2,33,935 units at YoY surge of 35%. Trailing behind the Activa is the Jupiter 110cc scooter from TVS with 43,256 examples sold last month at a phenomenal YoY growth of 40% despite managing only a quarter of the Activa’s sales.

Hero MotoCorp has three products in the top ten with the Duet leading the charge at third and overtook Maestro in the process. With 39,371 deliveries of the Duet were made, it was certain to have eaten into the sales of the Maestro which endured 19% de-growth to finish April 2016 at 35,445 units. The other Hero scooter in the list was the Pleasure from second to last position as it recorded 8,790 units despite a YoY slump of 30%.

Coming in at fifth was Yamaha’s Fascino with 21,604 units and the other good moving scooter from the Japanese manufacturer’s stable, the Ray, swept a total of 8,665 units to round out the sales table. Suzuki must be revelled with the 25% YoY sales increase of the Access particularly with Swish and Lets falling to three digit numbers. At sixth, the long-running Access managed 17,592 units of sales. Honda’s strong position in the scooter category was again underlined by Dio and Aviator as well as they finish seventh and eighth respectively. With 15,201 units, the Dio registered 12% decline in sales while the Aviator saw a substantial 41% YoY growth with 10,547 units in eighth position.

TVS may only have one product, the Jupiter, in top ten but the Scooty Pep+ and Zest have been stable sellers. The Scooty Pep+ managed a sales of 7,269 units while the Zest ensured 5,740 deliveries.