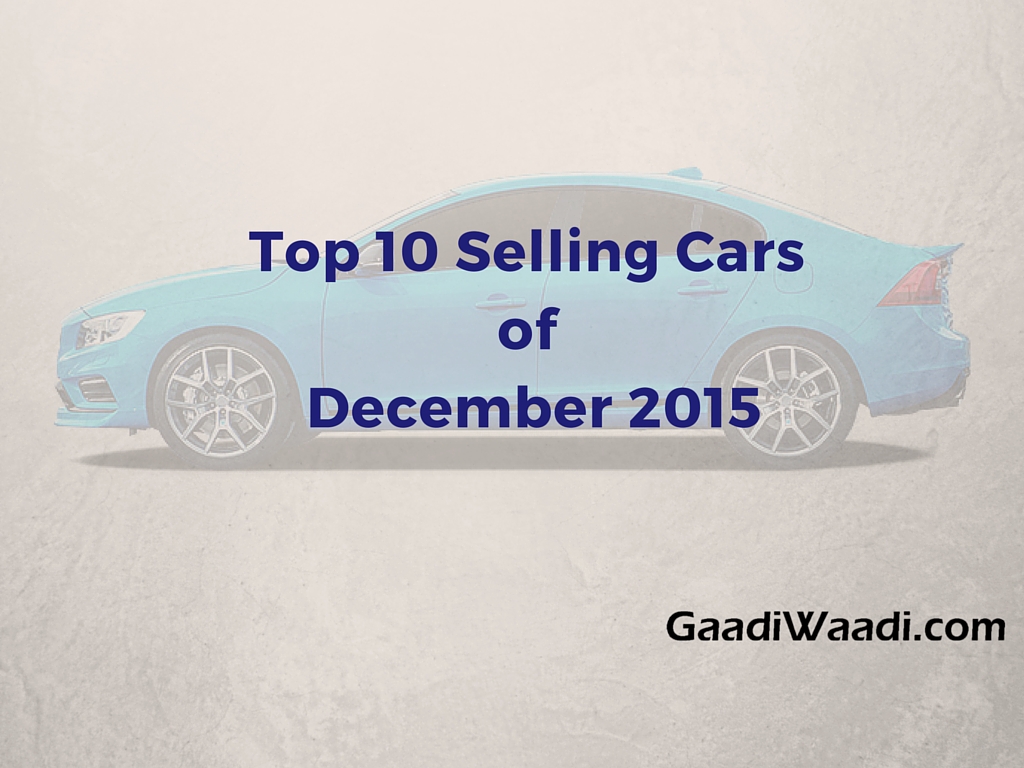 The usual suspects remained in the top four as Maruti Suzuki Alto kicked off the new year how it meant to with a total sales figure of 21,462 units and continued its dominance in the Indian car market. Behind Alto is the Swift Dzire sedan which garnered 17,587 units ahead of its hatchback sibling Swift with 14,057 units and Wagon R with 12,744 rounding out the models sold beyond 10,000 examples in the first month of 2016.

The second half of the top ten table has witnessed the largest exporter of passenger cars, Hyundai, extending its advantage over the rest of the rivalling manufacturers with the highly successful Grand i10 and the i20 models. The former plays second-fiddle to Swift by retailing 9,934 units on January 2016 but the latter has the abilities to stand toe-to-toe with the premium highlight of Maruti Suzuki, the Baleno. Within two weeks of its arrival in late October 2015, Baleno captured an outstanding 21,000 bookings and as expected it flew past its biggest nemesis Elite i20 and slotted in sixth by turning a huge number of 9,074 units against the Hyundai hatchback’s 8,264 units at the end of November.

The following month saw Baleno repeating the feat once again with i20 narrowing the gap but the concluded month widened the gap between the two hot-sellers with the South Korean brand retaining its status the leader of the premium hatchback segment. The Hyundai Elite i20 + Active i20 comes in at sixth with 9,604 units as against 7,698 for the Baleno at eighth whilst the Honda Jazz dropped down the order to sixteenth by selling only 4,709 vehicles. Splitting them has been the Honda City at seventh by registering 8,037 units and bettering closest rival Maruti Suzuki Ciaz with a difference of nearly 3,000 units. Hyundai’s recently launched Creta SUV popped in at the penultimate spot in top ten with 6,589 examples sold. Elsewhere, Renault’s instant seller, Kwid, wrapped up sales of 5,985 units at 11th and more crucially surpassed Hyundai Eon by over 500 units. Mahindra’s two recent launches have been doing good numbers with the compact TUV300 SUV attaining a sales figure of 3,816 units and the KUV100 ending up with 3,413 numbers. More has been expected in February from the KUV100 whilst the Ford EcoSport, at 3,047 units, has taken a pounding compared to the corresponding month the previous year with over 1,000 units’ deficit.