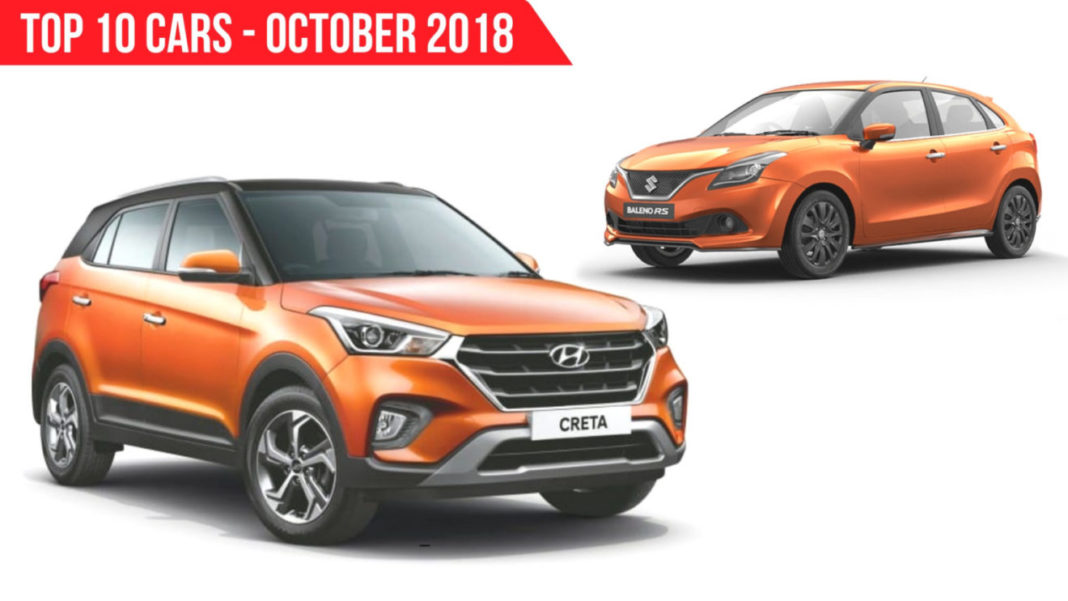 Maruti and Hyundai rule the top 10 best selling car chart as always, A few surprise elements in the last month’s sales in the form of Baleno and Elite i20

The festive season is here and the number of cars selling in the market has gone up tremendously. Most Indians believe this time to be auspicious and flock to the showrooms to get new vehicles home. In October, the top sellers jiggled a bit and the top five positions were taken by Maruti Suzuki.

The Maruti Alto regained the top position in top 10 selling cars In October 2018 list. As many as 22,180 units of the Alto were sold in the market. The surprise here is the Maruti Suzuki Baleno that recorded highest ever sales in the Indian market and sold 18,657 units.

The premium hatchback is at the number 2 position in the sales chart. The Maruti Suzuki Dzire is the third best-selling model in October and sold 17,404 units. The Swift was the best-selling car in September. It has dropped to the third position with 17,215 units against its name.

The Maruti Vitara Brezza took the fifth position and sold 15,882 units. It is the third time since the launch of the Brezza that it has sold so much in the market. The introduction of the automatic variants seemed to have helped the sales numbers. Another surprise last month happened with the sales of Hyundai.

The Elite i20, which is a premium hatchback and takes on the likes of Baleno became the best-selling car of Hyundai and sold 13,290 units. It seems that the market has shown a special interest in the premium hatchback segment in India. The Hyundai Grand i10 sold 11,820 units and captured the 7 position on the list.

The extremely popular Hyundai Creta sold 11,702 units and became the second-best selling UV in the market after the Vitara Brezza and is the 8th best-selling vehicle overall.

As Maruti is preparing for the launch of all-new WagonR in India, the sales of the current version has dropped from the top 5. It secured the 9th position with 10,655 units sold. The Maruti Celerio is the 10th best-selling model with the 9,260 units.