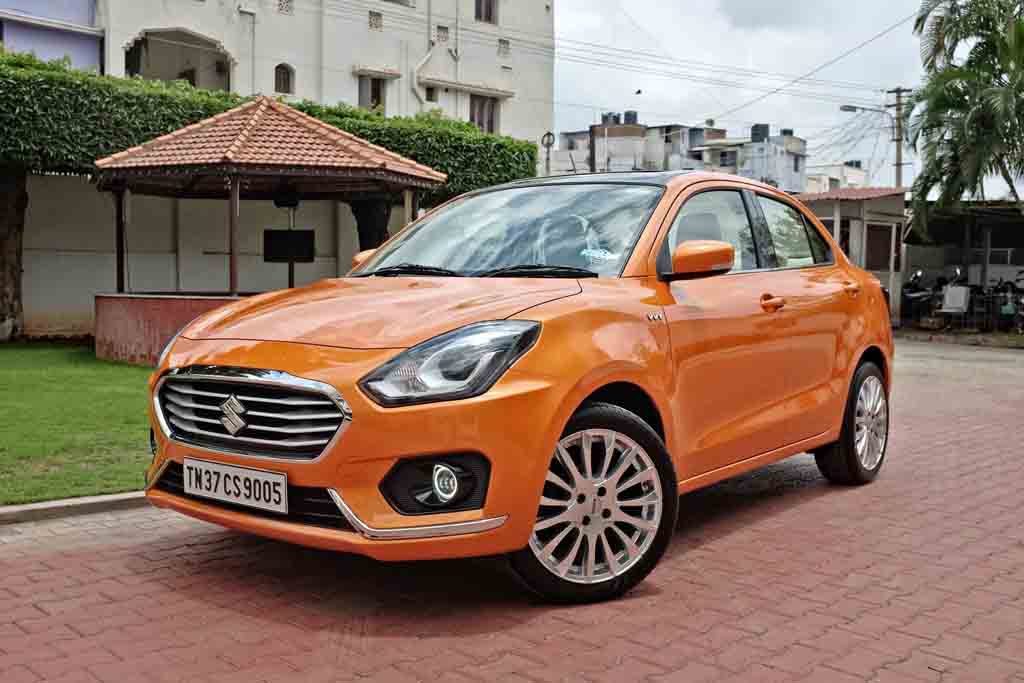 After four months, Maruti Suzuki Alto regained top spot from Dzire subcompact sedan as the entry-level popular hatchback has registered a total of 22,237 units in August 2018. While Dzire has maintained its consistency, its main rival Amaze is holding the flags up high for Honda courtesy of the new generation launched in mid-May.

The new Amaze has achieved more than 9,000 unit sales on the trot over the last four months and contributed to the majority of 17,020 examples Honda retailed at the end of August with 6 percent market share. Maruti Suzuki led the way with a massive 41.5 percent total share in the domestic space as usual.

It stayed ahead of Hyundai that secured 16.2 percent market share last month, just as in August 2017. Compared to July 2018, the ten vehicles in the table remains unchanged as new-gen Swift can be seen closing in on Dzire with 19,115 units. Only 2,875 units separated them and we can expect change in the pecking order in the coming months.

The 2018 Maruti Suzuki Swift continues to stay ahead of its main rival Hyundai Grand i10 as the latter garnered 11,489 deliveries for seventh position. With 62 percent of Nexa sales contributed, the Baleno premium hatchback has pipped its prime competitor Elite i20 as 17,713 units were sold against 11,475 for the Korean hatchback.

With the veteran WagonR manages to be in the top half of the table, one of the company’s recent fully-fledged launches, the Vitara Brezza, has been setting records for nearly two and half years in the SUV space. Maruti Suzuki delivered 13,271 units of the affordable SUV in India last month.

Hyundai Creta’s dominance in the compact SUV space is undeterred as 10,394 units were retailed for ninth position. It is expected to have increased competition in the near future as MG Motor, Jeep, Kia, Volkswagen and Skoda are fancying the same limelight.