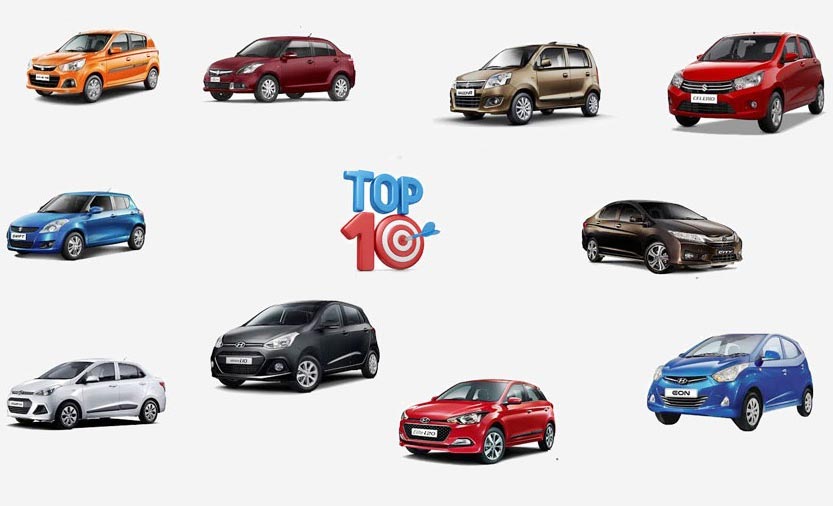 For the fourth year in succession, the top four best-selling cars in the country are Maruti Suzuki made. The leading auto maker in India managed to have five products in the top 10 selling passenger cars list of the 2016 fiscal year. However, this FY term had been one of the most significant in the auto industry as many launches arrived with customers seeking different varieties.

For instance, the Renault Kwid, Hyundai Creta and Mahindra KUV100 are some of the most desired vehicles for prospective buyers in recent months other than the premium hatchback Baleno and the first subcompact SUV from Maruti Suzuki, the Vitara Brezza. Although the FY2017 is shaping up to be interesting with the Kwid hatchback moving closer to five-digit monthly sales already and the Tiago could turn the tables against the Celerio and Grand i10, last year’s financial year ended with usual suspects doing what they were meant to achieve. In the leading four, Alto, Swift Dzire, Swift and Wagon R were unshaken throughout the year. Whilst witnessing a total sale of 2,63,422 units, the Alto was down by 0.4% compared to the previous year with 2,63,492 units but nevertheless it didn’t stop the affordable entry-level hatchback from becoming the best-selling car ever in India by getting the better of its elder sibling and the iconic Maruti 800. This could be down to the arrival of the Baleno which certainly ate in its sales since last October. The tall-riding Wagon R encountered 5% boost in sales in FY16 as 1,69,555 units were sold as against 1,61,250 in the previous term. The first non-Maruti vehicle in the chart came courtesy of Hyundai Grand i10 as it crossed the lakh mark with a superlative increase of 27%. Despite the two top-selling Hyundai cars recording phenomenal growth, the entry-level Eon suffered a 13% dip as it slipped from sixth to ninth position in FY2016. About 68,199 units were retailed in contrary to 78,334 in the previous fiscal. The first Maruti car with an affordable Automated Manual Transmission, Celerio, endured a drastic increase of 28% in FY2016 as it climbed up the order two places to seventh.

87,428 units of Celerio were sold as against 68,143 the previous time. The two Hondas featured in the table are the City and Amaze sedans at eighth and tenth respectively. At a marginal growth of 0.2%, 77,548 units of Honda City were sold as against 77,384 in FY2015. Holding on to its position by rounding off the best-selling passenger cars list was the Honda Amaze in tenth despite seeing 18% slump in sales. The Japanese manufacturer retailed 54,594 of Amaze as opposed to 66,703 in the FY2014-15.