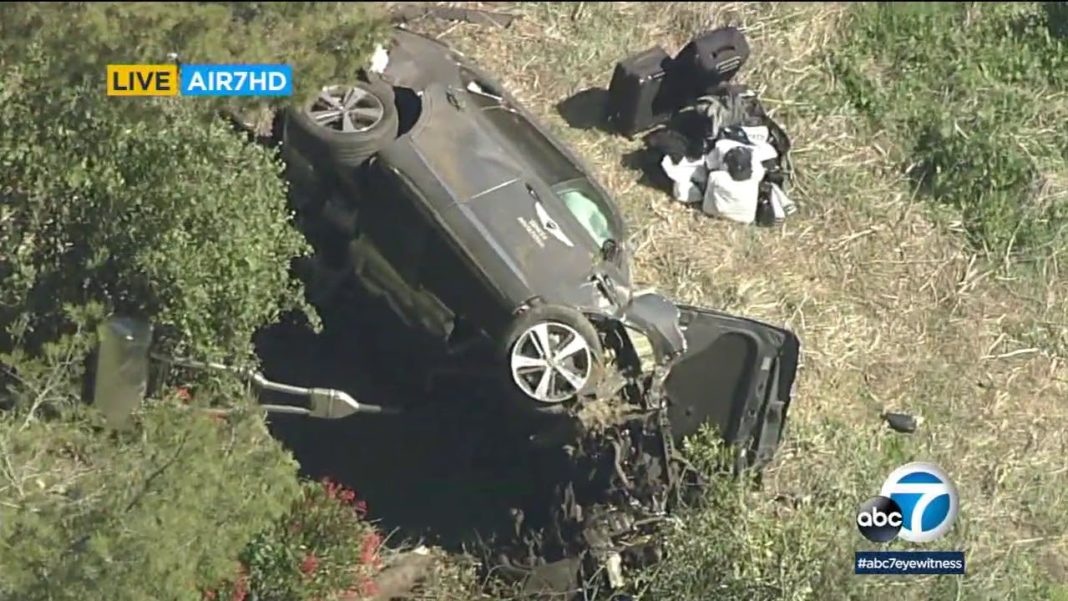 Tiger Woods, one of the greatest professional golfers of all time, has sustained major injuries in a car crash confirmed by the officials from Los Angeles County Sheriff and Fire Department. The Californian born was found stable and conscious at the scene but the injuries to his legs are severe needing multiple surgeries.

The accident occurred on Hawthorne Boulevard near Rancho Palos Verdes close to LA in Southern California and officials have begun an investigation as more details including the speed and other factors will only be known in the coming days. The downhill stretch has seen many accidents in recent times and Woods was on a Genesis GV80.

Following the accident, it was found several hundred feet from the center divider in the roadway showing the extent of the horror crash. He was extracted from the SUV via windshield area and the cabin of the GV80 remained mostly intact. The airbags did indeed deploy in the accident giving Woods the needed protection to survive the accident occurred approximately at 7:12 AM PST.

Woods was the only person in the Genesis GV80 and he was wearing seatbelt. While the extent of the injuries and the causes of the accident are not clear at the momentum, Hyundai’s luxury arm, Genesis, could come under pressure as the GV80 is the brand’s only SUV on its fleet. The brand joined hands with the PGA Tour for the 2021 Genesis Invitational, which happened between February 18 and 21. at Rivieria Golf Course near Los Angeles.

Promoting the brand, Woods hosted the event and it is said that the GV80 involved in the crash was a courtesy vehicle. Even before the launch, the Genesis GV80 received plenty of attention as it racked up almost 10,000 pre-orders. In the videos out on the internet, you could clearly see the totaled GV80 sported a ‘Genesis Invitational’ logo on the sides.

Last year, Genesis was awarded as the most dependable automotive brand in North America by JD Power. We wish Tiger Woods a speedy recovery and hope to know more details about the accident in the coming days!