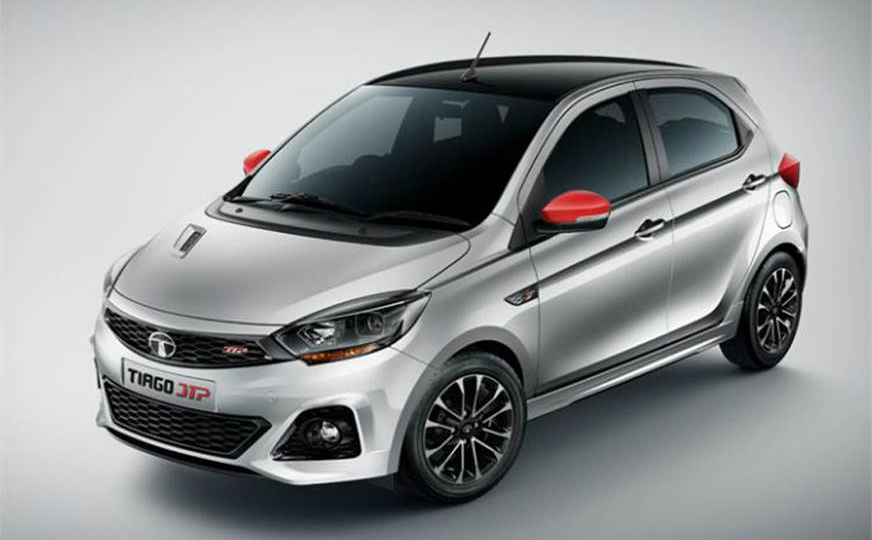 Tata Motors is on a launch spree of late as the Tiago NRG was followed by facelifted Tigor yesterday and next in line the Harrier premium will be introduced in January 2019. Moreover, the JTP versions of Tiago and Tigor are also waiting to be unleashed but their launch timeframe is yet under speculation.

While the Tiago JTP could enter the market around Diwali, the Tigor JTP will follow suite a few months later. Initially, the Tiago JTP was commonly believed to make 110 PS and 150 Nm of peak torque from the uprated version of its 1.2-litre Revotron petrol engine.

However, according to a recent report, the Tiago JTP will produce more than the stock Nexon’s 110 PS and 170 Nm from the 1.2-litre unit. Mayank Pareek, Head of Passenger Vehicle Business Unit at Tata Motors, said that the engine is tuned to be sportier with improved power and exhaust note is “exceptional”.

He also confirmed that the Tiago JTP will be more powerful than Nexon’s standard petrol engine. Stuffing a more powerful engine in a small hatchback will make for tasty outcome as Tata and Jayem Automotives based out of Coimbatore had worked on improvements mechanically as well.

For improved acceleration, the five-speed manual transmission has been optimised with closer gear ratios and the suspension setup has lowered springs enabling reduced ride height for the ease of handling purposes. The Tata Tiago will also be visually identical to the prototype showcased at the 2018 Auto Expo.

It will have sportier front end with larger air inlets and the dark theme is carried around with smoked projector headlamps as well as contrast red detailing across some elements. There will also be dual exhaust pipes, 15-inch diamond cut alloy wheels, rear diffuser, etc. 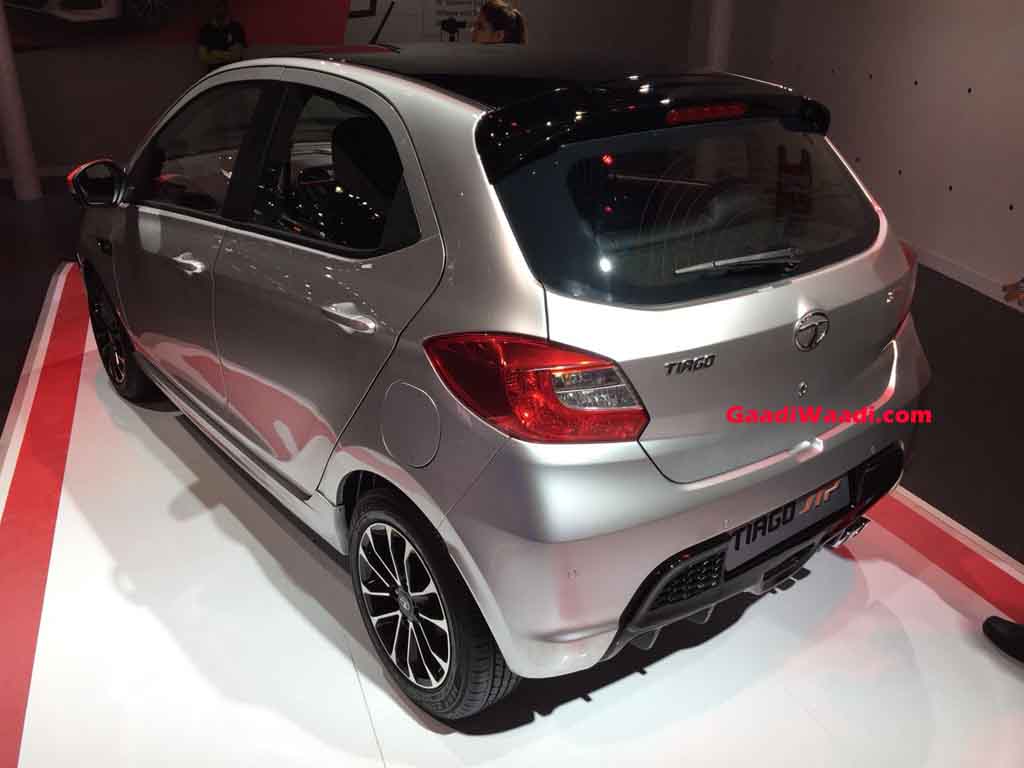 It is expected to cost around Rs. 6 lakh (ex-showroom) to become the most affordable hot hatch in the country and the interior based on top-end should boast contrast highlights, black theme, premium seat finish, five-inch touchscreen, eight speaker Harman audio and so on.