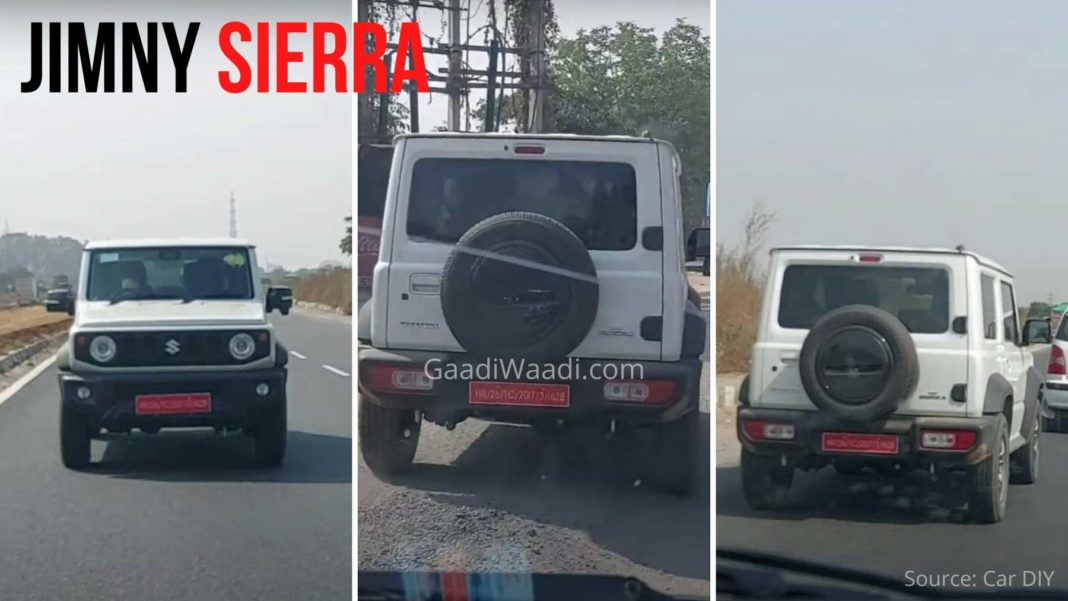 Maruti Suzuki has long been anticipated to launch the Jimny off-roader in the domestic market and the buzz around it has been nothing short of extraordinary. We brought you the first news that Maruti Suzuki will commence the assembly of the Jimny in its Indian plant a few months ago. Now, the Jimny Sierra has been caught on camera in Manesar.

The latest generation Jimny has been well received in the international markets as the demand has soared in Europe and Japan. To reduce the production burden and to utilise MSIL’s local manufacturing prowess, the Jimny Sierra is assembled in India after being brought into the country via CKD route from Japan for the global marketplaces.

The Jimny Sierra has compact proportions and is appealing all the same by maintaining the classic design elements and upright body structure. The spotted vehicle wore no camouflage as the front end comprises of round-shaped headlamps with Suzuki badge in the middle. The turn indicators are positioned within the headlamp cluster along with black grille inserts.

The black front bumper section boasts of circular fog lamps and you could see prominent black cladding all around the off-roader. The rectangular Outside Rear View Mirrors are also finished in black and the pillars look sturdy and upright helping in a spacious cabin as well as giving an airy feel for the passengers from the inside, courtesy of tall windows.

You could also see three-door bodystyle as the test mule was a Jimny Sierra and it was inscribed on the tailgate alongside the tailgate mounted spare wheel. Other notable details are flush type door handles, U-shaped black alloy wheels, high mounted stop lamp, horizontally positioned lighting elements on the rear black bumper and so on. 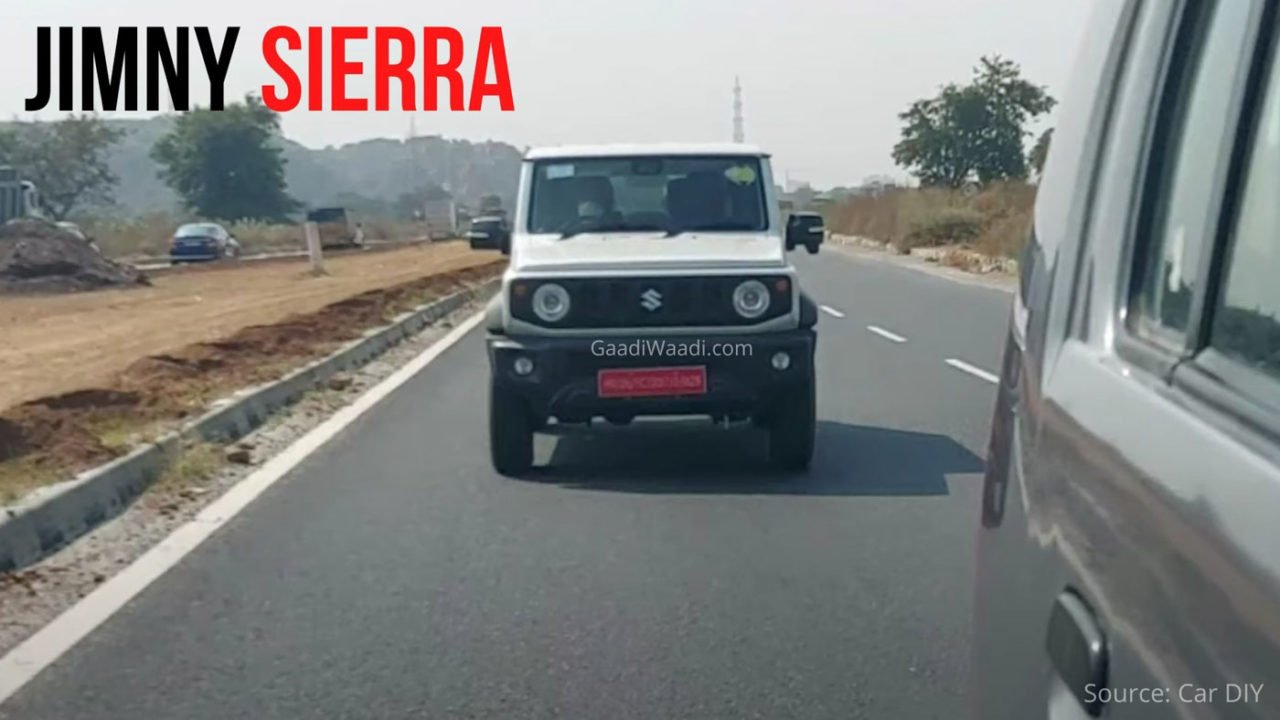 The India-spec Maruti Suzuki Jimny is widely reported to get a five-door layout to meet the spacial requirements on the Indian customers. We do think that the success of the recently launched Mahindra Thar will play a big hand in Maruti Suzuki deciding to go with the three- or five-door configuration. The launch timeline of the Jimny is still under question.

The Thar has transitioned into a lifestyle off-roading in its latest avatar and thus falling into the territory of the Jimny. If the three-door version is given the green light, it could arrive as early as late 2021 resembling the European version and the five-door, which definitely needs additional investment and engineering, could come on-board in 2023.