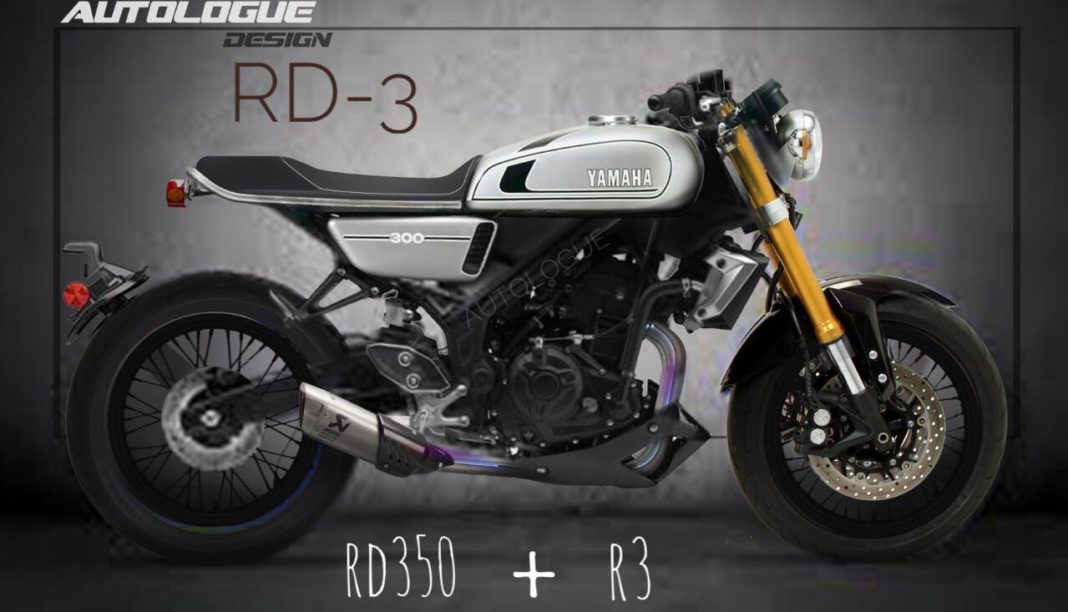 The Yamaha RD350 is an iconic bike. Even after years of the bike being discontinued from the market, there are many pristine examples of the RD350 that exist in enthusiast’s garage. After the sale of the 2-stroke engine-powered vehicles was banned, many enthusiasts dreaded the idea. Also, after many years, there is no modern replacement for the good old RD 350 in the market.

But wait! Autologue designs has created an imaginary render that is based on the modern YZF-R3 sports bike. As per the image maker, the Yamaha RD350’s body has been installed on the Yamaha YZF-R3’s chassis. Powering the bike is the parallel-twin engine of the R3.

The Indian-spec RD 350 was available in two different versions. There was a High Torque version that produced a maximum power of 30.5 Bhp and a Low Torque version, which churned out a maximum of 27 Bhp. Yamaha launched the lower powered bike for the people who wanted more efficiency from the bike. 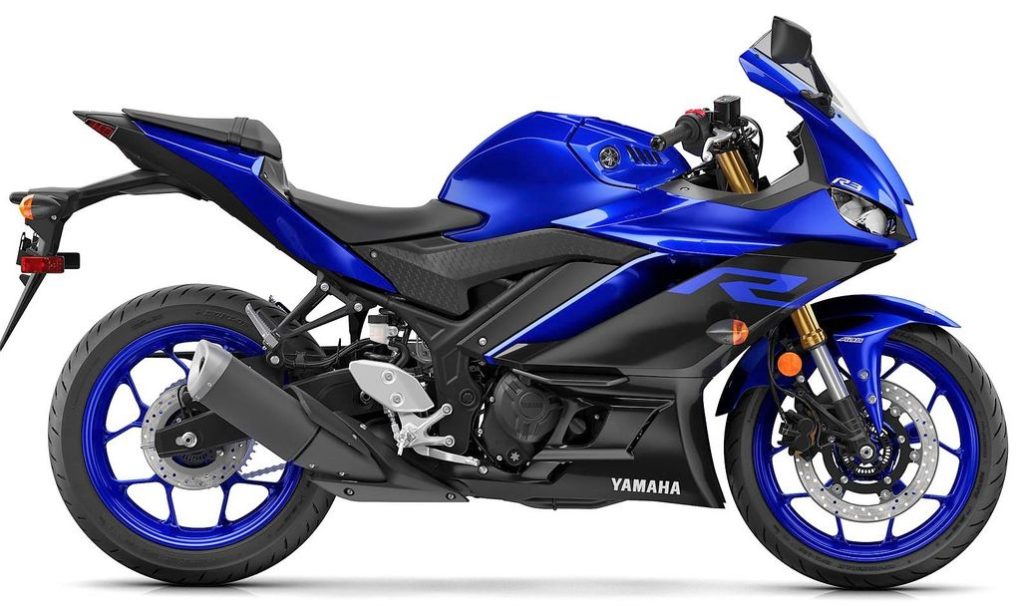 However, the modern avatar of the bike in the rendering image gets the liquid-cooled, parallel-twin engine from the Yamaha R3. In the R3, the engine generates a maximum power of 41 Bhp and 29.6 Nm, which is more than enough on the Indian roads and being a 4-stroke engine, it returns excellent fuel efficiency too.

However, the two-stroke echo from the twin exhaust of the RD350 would be extremely difficult to recreate in the modern times. The rendered image maintains the old charm of Yamaha RD 350 by giving it the same fuel tank and side body panels. The single-seat is not from the RD350 but it gets the looks. Also, the front upside down suspension and disc brakes add the modern touch to the bike. It also gets the similar round headlamps with twin pod instrument cluster as the original RD 350.

While the prices of the original RD 350 have been on a rise with the passing years, they may soon get banned from the public roads for the noise pollution and air pollution. The Yamaha YZF-R3 based RD 350 would make for a perfect replacement for the purists who still love the old-school designs.