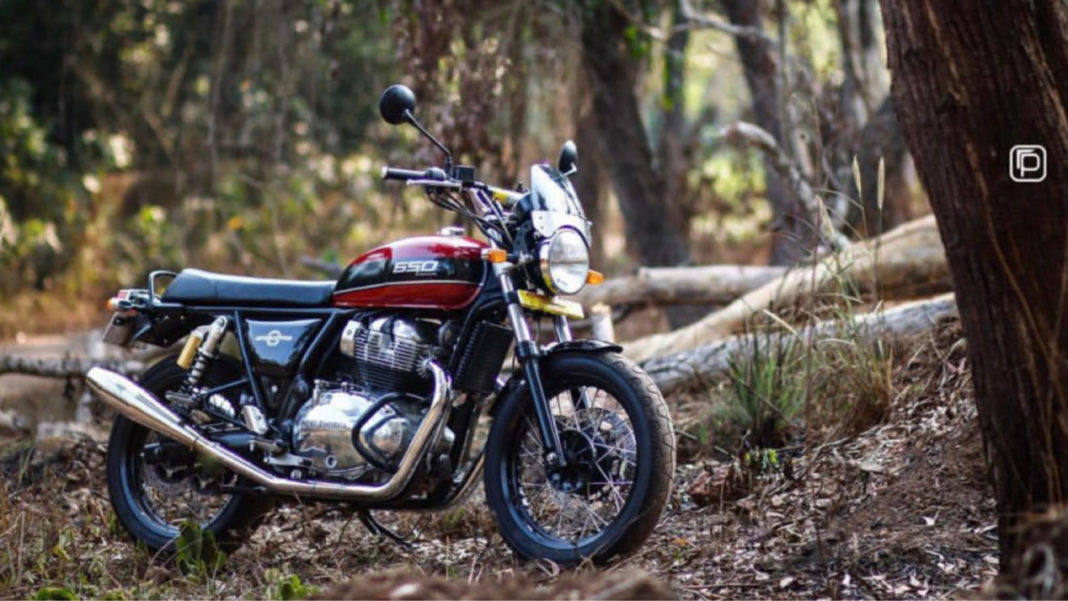 We have seen plenty of modified Royal Enfield motorcycles lately but this Interceptor 650 is the latest custom motorcycle that caught our attention. The Interceptor 650 that you see here has received some subtle modification that definitely has kept the retro character alive but has taken the premium nature of the motorcycle a notch higher. This custom RE Interceptor 650 gets a 2019 Triumph Speed twin inspired dual-tone scheme on the fuel tank and a new red rooster exhaust system.

The custom RE Interceptor 650 gets a fuel tank finished in red with a black stripe running across the sides. The custom paint that you notice on this Interceptor 650 has taken its inspiration from Triumph Speed Twin Korosi red paint scheme which looks quite premium. 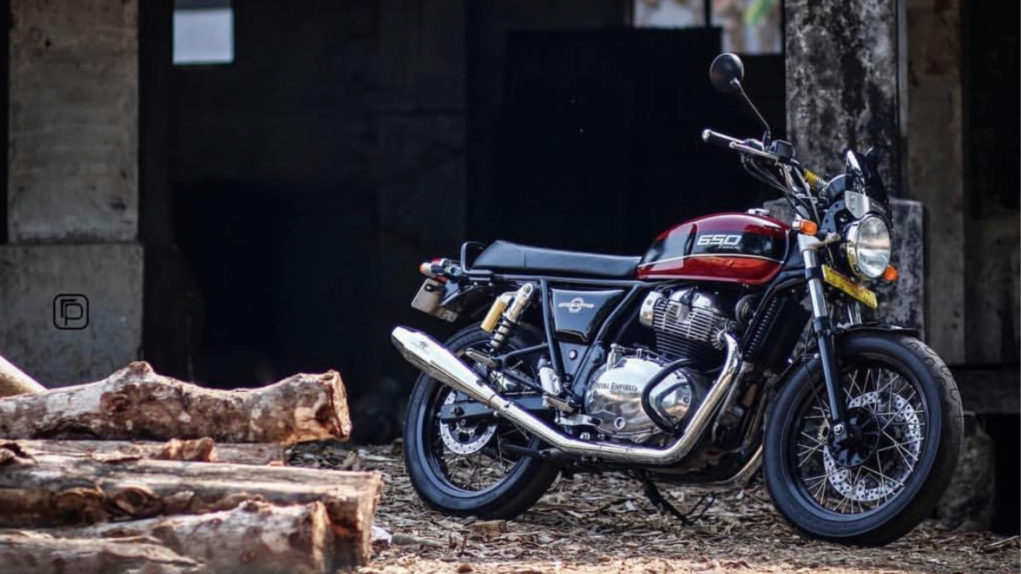 The Red Rooster exhaust is comparatively lighter than the stock unit that will help enhance the overall performance of the motorcycle. We can assure you that this exhaust system surely will help unleash the wild side of the Interceptor 650. That said, the Royal Enfield Interceptor 650 is powered by a 648cc, 4 stroke, Parallel Twin, Single Over Head Camshaft (SOHC) engine.

This newly developed unit produces about 47.65 Ps of peak power at 7,100 rpm and 52 Nm of peak torque 4,000 rpm. The engine is paired with a 6-speed gearbox and it also gets a slipper clutch as standard. 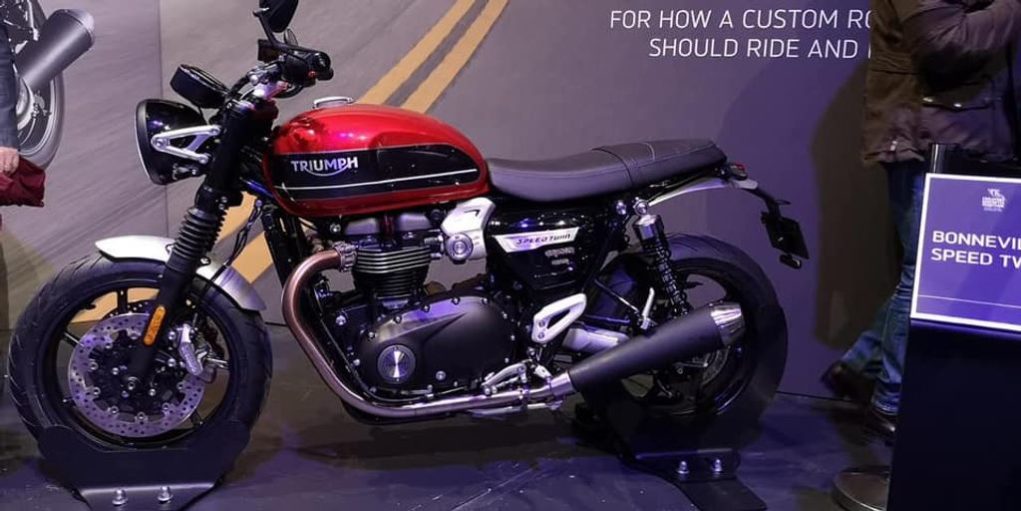 The motorcycle relies on a single 320 mm disc at the front and 240 mm disc at the rear for stopping. A dual channel Abs is offered as standard for the safety of the rider.