Tata Harrier is a brilliant midsize SUV, offering a handsome design, a lot of features, and brilliant comfort. The SUV is fairly popular in the Indian market, and as usually happens with popular cars, it has strong aftermarket support. As such, it is very easy to customise a Harrier, and we’ve seen plenty of brilliant modified examples of it.

Here, we have a modified Tata Harrier Dark Edition, which gets a premium interior makeover, courtesy of Car Man India. The video below gives us a thorough look at the vehicle, and the upgrades are impressive. The stock seat covers have been replaced by PU covers, in a black and rust-brown colour theme, at the front as well as the back.

The door panels get a leather finish, and the interior door handles are now black with faux wood inserts. The steering wheel also sports leather wrapping, black with rust-coloured stitching, which looks brilliant. Faux wood inserts have been added to the dashboard and the steering wheel as well, thus elevating the premium factor of the SUV. Other than that, this customised Tata Harrier also gets LED headlights and LED fog lamps for better illumination.

The fit and finish of the custom interior look brilliant, at least in the video above. Thanks to all the changes, the SUV looks way more premium now, without being too flashy or overdone. No changes have been reported to the exterior, save for the lights, and the car remains unchanged under the hood as well.

Tata Harrier is powered by a 2.0-litre, turbocharged, inline-4 diesel engine, which belts out 170 PS and 350 Nm of peak power and torque, respectively. Transmission options include a 6-speed manual and a 6-speed torque-converter automatic gearbox, both of which send power exclusively to the front wheels. 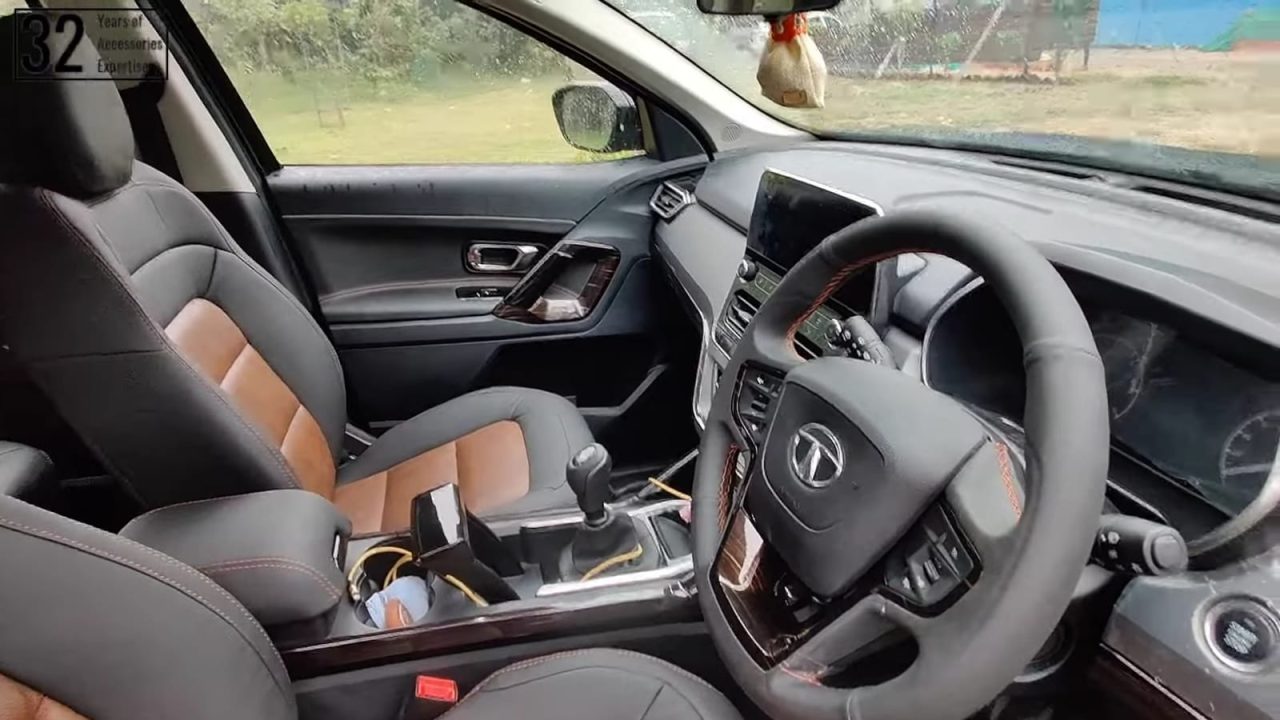 Interestingly, Tata Motors is expected to add a petrol engine option to the Harrier (and Safari) in the near future. This upcoming powerplant will likely be a 1.5-litre, turbocharged, inline-4 unit, which would also be offered with a 6-speed MT and a 6-speed AT. The petrol version of the Harrier will be significantly more affordable than the current diesel-powered Harrier, which should help boost sales further.