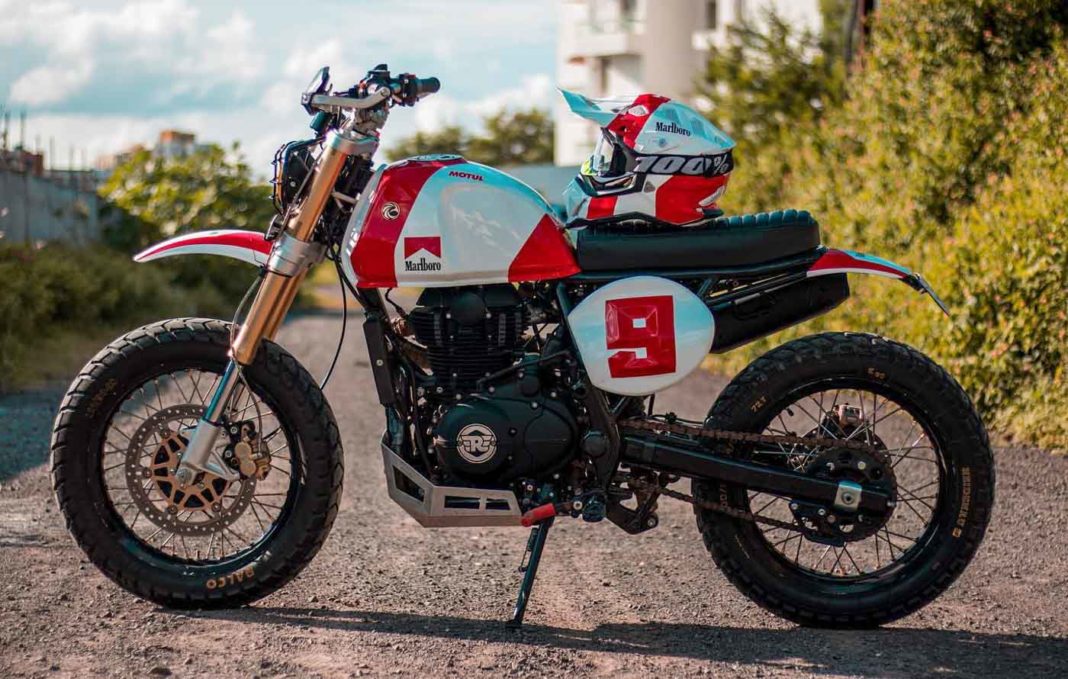 Royal Enfield currently retails the Himalayan at a starting price of Rs 1,89,565 (ex-showroom, Delhi), and the bikes rivals the likes of the KTM 390 ADV and Hero Xpulse 200

The Royal Enfield Himalayan is a purpose-built adventure touring motorcycle that has been built to withstand the toughest of terrains in the country. Apart from being an extremely capable mass-market adventure motorcycle, the Himalayan is also appreciated for its utilitarian no-nonsense design.

However, it seems like at least one Royal Enfield Himalayan owner wasn’t satisfied what the bike had to offer, and went on to completely modify his bike. A YouTube channel by the name of Ricochet Motorcycles has uploaded a video showing the entire process and explaining the changes that have been made to this Himalayan.

The bike has been named ‘Marlboro Man’, and just like the logo of the American brand of cigarettes, the bike also features a dual tone white and red paint scheme. A host of changes have been made to the bike, and the modifications make the Himalayan resemble a dirt bike.

The major changes made to the bike include new extended USD front forks with custom springs, a custom rear subframe, custom scrambler bent pipe with exhaust, an aluminum handlebar, an aluminum engine bash plate as well as adjustable race hand levers. The complete bodywork seems to have been stripped out and replaced with custom parts. 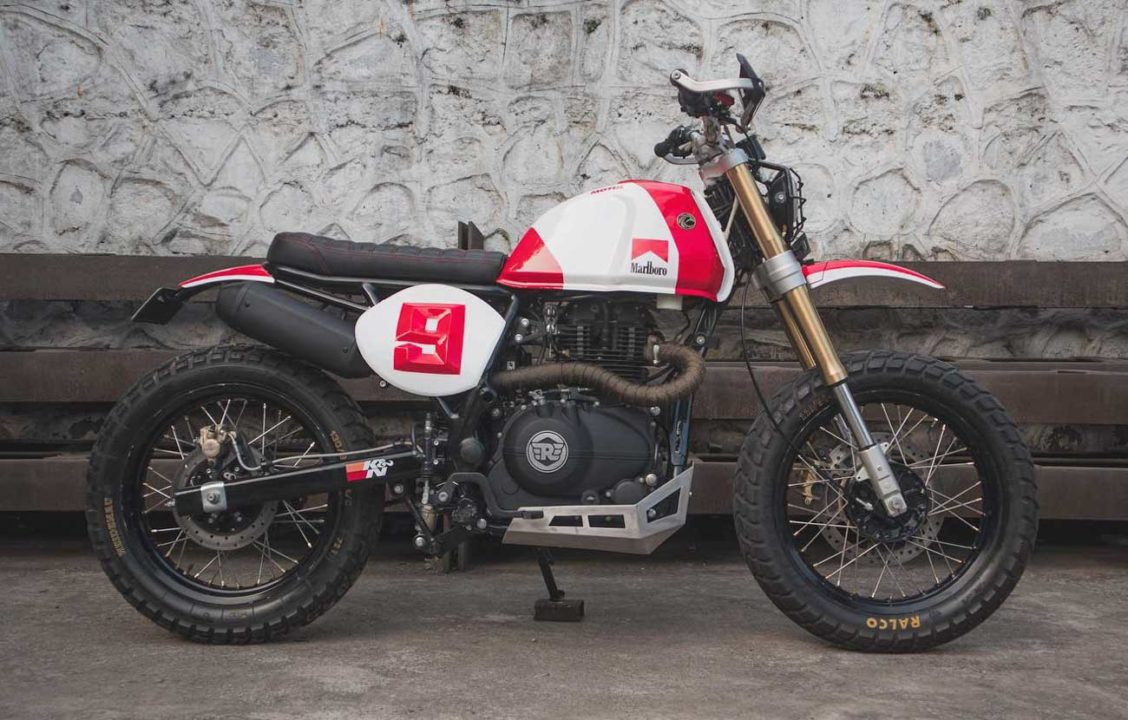 Talking about the Himalayan, Royal Enfield has equipped the bike with a 411 cc, air-cooled, 4-stroke, SOHC single-cylinder fuel-injected engine that belts out 24.3 PS of maximum power at 6500 rpm, along with 32 Nm of peak torque, which is available between 4000 – 4500 rpm. The transmission duties are handled by a 5-speed gearbox.