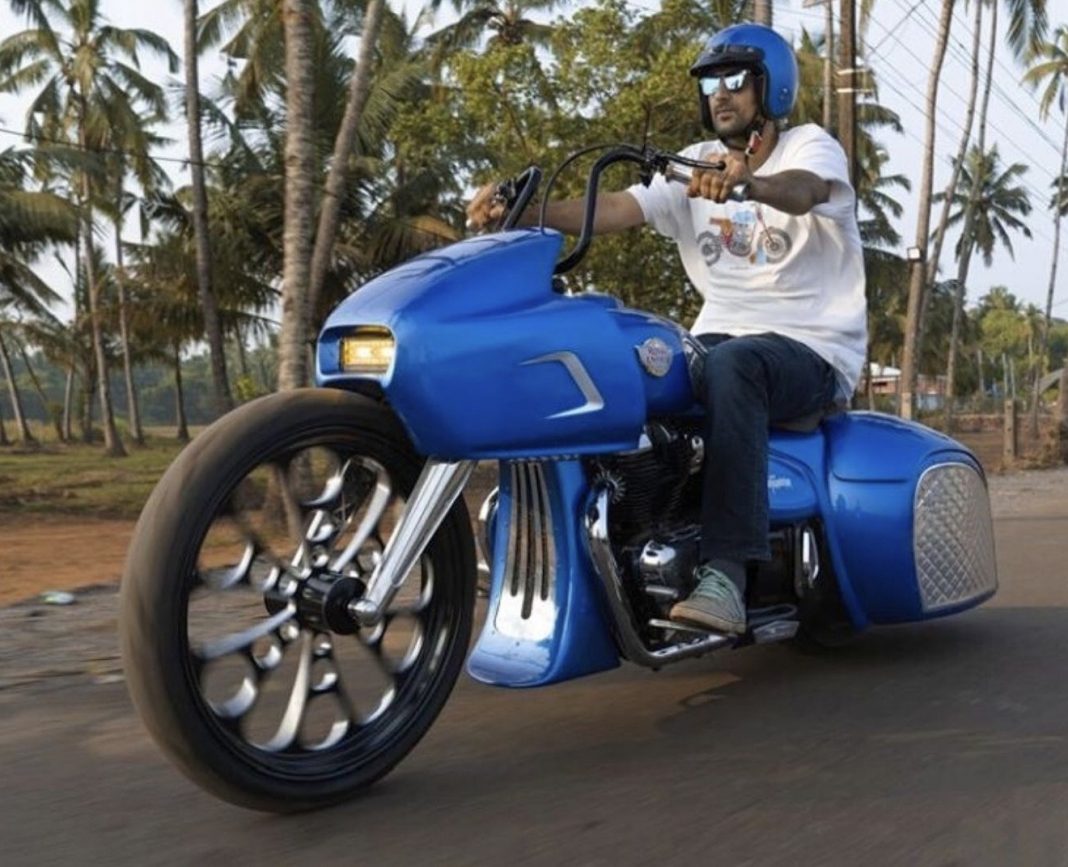 Dubbed the Neelkantha, this customised Royal Enfield Interceptor 650 into a bagger costs about Rs. 16 lakh

The suppleness of Royal Enfield motorcycles has made them the go-to option for customisers and the owners alike. The 650 Twins have received tremendous attention from customers and despite the sales slowdown, their numbers have been pretty encouraging. They have certainly upped the ante in the premium motorcycle space and also on the custom bike scenes.

We have shown you several examples of the beautifully modified Interceptor 650 and Continental GT 650 over the months. TNT Motorcycles has come up with another custom creation and it was showcased at the Rider Mania 2019 in Goa. Dubbed the Neelkantha, the entire build costs about Rs. 16 lakh and 3 months of work. Think that is too much? Let us have a look into it!

The Neelkantha is based on the Interceptor 650 and is a bagger in all respects. The bagger culture never comes cheap in most cases as it relates to high capacity premium motorcycles capable of cruising while carrying luggage around for rides of longer distances. Credits to the Delhi based custom shop as in the first glance you would not recognise it is an Int 650. 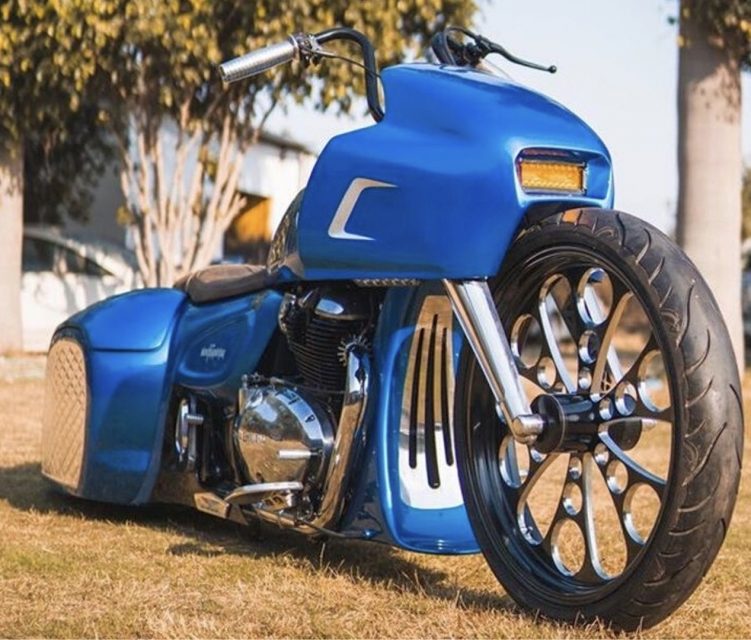 The design is so unconventional that you would not be convinced of riding it every day. It is more of a ‘show bike’ and would grab attention wherever it went. While the fuel tank and engine give away that it is indeed an Interceptor 650, same cannot be said when you look at elsewhere. What grabs your attention more than anything else is the heavily raked front wheel.

The custom 23-inch alloy wheel and aluminium girder front forks are major highlights complementing the massive front cowl. The front end features a rectangular-shaped headlamp as opposed to the regular round-shaped unit and the fuel tank is embellished in chrome. The side body panels have ‘Neelkantha’ written on them and the footboard is front set for a more relaxed riding position along with flexible rear footrests. 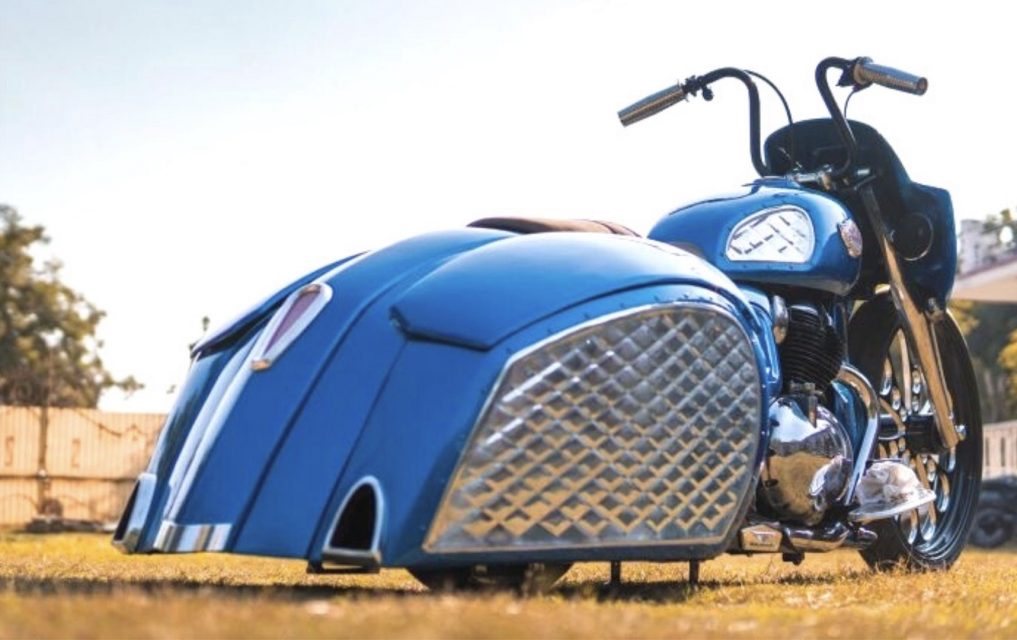 The huge saddlebags are other signature elements of the Neelkantha custom bagger and the custom handlebar gets aluminium handgrips. The ground clearance is claimed to be adjustable with the push of a button as well. Besides the whole host of mods, the powertrain appears to remain the same as the parallel-twin continues to develop 47 bhp and 52 Nm.